Top Posts
There’s A Light That Enters Houses With No...
Knowing the One Who Always Keeps His Word
Pregnancy Resource Centers Fight For Life Amidst Opposition
This World is Not Our Home
Lessons Learned From a Gingerbread House
Let There Be Peace on Earth
‘I Wanna Dance’ movie: Whitney Houston’s success and...
Fact Finding, Sight Seeing, and Prayer Walking
Kidney donation led to 8 life-saving surgeries
The Power of Curiosity
Home Tags Posts tagged with "Islamic State-linked Allied Democratic Forces (ADF)"

NAIROBI, Kenya (ANS) – Suspected members of an insurgent jihadist group slaughtered 20 Christians in villages in the northeastern part of the Democratic Republic of Congo (DRC) between Nov. 20 and Nov. 25, according to Morning Star News https://morningstarnews.org 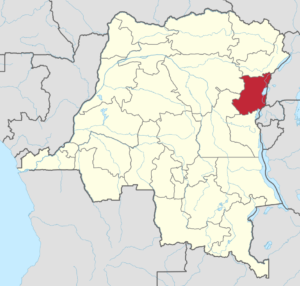 The Islamic State-linked Allied Democratic Forces (ADF) are suspected in the attacks on villages in North Kivu Province, said a local clergyman who lost his family in an assault on Mayitike village, about 20 miles northwest of Beni town, on Nov. 20.

The source said he was away from his village the day of the attack and thus his life was spared.

Morning Star News reported the jihadist insurgents, who have been active in predominantly Christian, northeastern Congo for 20 years, accelerated attacks on civilians after the DRC army launched a large-scale offensive in October 2019. The clergyman said the rebel militants intend to establish an Islamist state ruled by sharia (Islamic law).

The Morning Star News contact who interviewed the clergyman in his home said she found people in Beni town in terror on Nov. 27.

“There was a throng of Christians flooding the streets in a helpless situation, as well as radical Muslim extremists surrounding five churches,” she said. “Ten girls had been raped and 15 girls abducted from the Anglican Church and Roman Catholic Church, with 14 Christians admitted to a hospital in critical condition with injuries to their heads, and others with fractured hands and legs due to the use of guns, machete, clubs, Somali swords and axes.”

According to Morning Star News, the ADF, founded in the 1990s in western Uganda, is one of several insurgent groups operating in northeastern Congo. The U.S. Treasury Department in December 2019 imposed sanctions on ADF leaders for mass rape, torture and killings and other human rights abuses of civilians.

Villagers including displaced persons told Morning Star News that Islamic extremist militants in the past month have also attacked the villages of Kabumba, Mutwangano, Beni, Baeti, Kokola, Biangolo, Lisasa and Mutido. In that time more than 50 Christians who refused to recant their Christian faith were killed, especially women and children, the clergyman said.

Government security forces have been dispatched to the area and have appealed to area residents to remain vigilant, he said.

Suspected ADF militants killed Ngulongo Year Batsemire, archdeacon of the Anglican Diocese of Kivu-Nord, in Eringeti on Jan. 29 after he refused their demand to convert to Islam, the clergyman said.

“We therefore appeal for our brothers and sisters globally to pray for us as well assist us with financial support at this critical moment,” he told Morning Star News.

In mid-November, the bodies of 29 people were found in Kavuyiri, in Virunga National Park, after an attack by armed rebels in the Beni region that reportedly killed at least 35 people. Officials blamed the ADF.

Suspected ADF militants killed at least 58 people and kidnapped 17 others in two predominantly Christian villages of neighboring Ituri Province in early September, according to advocacy and aid group Barnabas Fund. In May, the jihadist group was suspected of killing at least 57 people in two Ituri villages. More than 700 people have been killed in Ituri Province since 2017, according to the UN.