Top Posts
Knowing the One Who Always Keeps His Word
Pregnancy Resource Centers Fight For Life Amidst Opposition
This World is Not Our Home
Lessons Learned From a Gingerbread House
Let There Be Peace on Earth
‘I Wanna Dance’ movie: Whitney Houston’s success and...
Fact Finding, Sight Seeing, and Prayer Walking
Kidney donation led to 8 life-saving surgeries
The Power of Curiosity
When Love Came Down at Christmas
Home Tags Posts tagged with "Israel and the Middle East"

Israel and the Middle East

JERUSALEM, Israel (ANS) — 2020 was one for the ages – one of the strangest, most painful, most bizarre, yet most historic years in modern global history.

This was certainly true in Israel and throughout the Middle East, write Joel C. Rosenberg and Nicole Jansezian for ALL ISRAEL NEWS https://www.allisrael.com 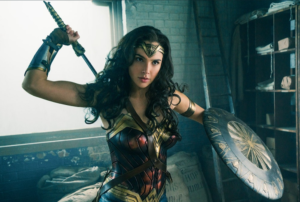 They said: “From the moment and our sister site, ALL ARAB NEWS, launched on Sept. 1, we have not had a single slow news day. To the contrary, events seem to be moving at lightning speed. That has made it tough to distill all that has happened into a single list, but we have given it our best shot.”

Here is their list of the 20 biggest stories impacting Israel and the Middle East in 2020:

1) THE GLOBAL PANDEMIC: The previously unknown COVID-19 virus burst onto the scene early in 2020 and created enormous fear and dislocation.

2) A PLAGUE OF BIBLICAL PROPORTIONS: The coronavirus killed 3,300 people in Israel alone – that’s more than all Israelis who have been killed in wars and terror attacks in the past 20 years – and infected 414,000 more, and the year ended with the number of new cases in Israel skyrocketing.

3) SHUT DOWN NATION? Israel, which has long prided itself on being a high-tech innovator known as the “Start Up Nation,” became one of the first nations on the planet to go into three national lockdowns due to COVID. Restaurant owners and workers protest outside the Israeli parliament against the lockdown and the lack of financial compensation during the coronavirus crisis. Dec. 14, 2020. (Photo: Olivier Fitoussi/Flash90)

4) THE “CURE” & THE QUESTIONS: Two pharmaceutical companies (Pfizer and Moderna) both created, tested, produced and distributed two different COVID-19 vaccines in record time – Israel has now vaccinated more citizens per capita than any other country in the world – but many people in the region and around the world are asking questions: Have these vaccines have been thoroughly tested? Will they really work? Could there be as-of-yet unknown side effects? Does everyone have to be vaccinated?

6) PEACE BREAKS OUT IN THE MIDDLE EAST: The United Arab Emirates became the first Arab nation in more than 25 years to make peace with Israel, signing the Abraham Accords on the White House lawn on Sept. 15 in a historic ceremony covered by ALL ISRAEL NEWS.

7) MORE PEACE BREAKS OUT IN THE MIDDLE EAST: The Kingdom of Bahrain became the next Arab nation to normalize peace with Israel – doing so on Sept. 11 – and also signed the Abraham Accords on White House lawn on Sept. 15.

8) MORE PEACE BREAKS OUT IN THE MIDDLE EAST: The Republic of Sudan became the third Arab nation in three months to normalize peace with Israel. (See our story breaking the news that Sudan would be next after Bahrain.)

9) EVEN MORE PEACE BREAKS OUT IN THE MIDDLE EAST: The Kingdom of Morocco became the fourth Arab nation in four months to normalize peace with Israel.

10) SAUDIS ALLOW ISRAELI PLANES TO FLY OVER THE KINGDOM FOR FIRST TIME: It began in August with an El Al flight taking a delegation of U.S.-Israeli officials to the UAE to lay the groundwork for the Abraham Accords signing ceremony in Washington.

12) WILL THE SAUDIS BE NEXT TO MAKE PEACE? The region is rife with enormous speculation that Riyadh will make peace with Israel soon. It might sound crazy, but there is good evidence this could actually happening.

13) FIRST-EVER MUSLIM DELEGATION TO AUSCHWITZ: In January, a leading Saudi sheikh led an unprecedented delegation of Muslim clerics and scholars on a visit to the Auschwitz-Birkenau death camp in southern Poland.

16) MASSIVE EXPLOSION IN BEIRUT: In August, a horrific explosion occurred at the port in Beirut, killing and wounding many, and leaving some 300,000 Lebanese homeless.

17) NEW GOLD RUSH IN THE MIDDLE EAST? As Arab-Israeli peace deals continue to be signed, there is a growing sense among CEOs, investors and entrepreneurs that major new business deals are going to be signed throughout the Middle East. Indeed, many such deals have already been signed.

19) WONDER WOMAN IS AN ISRAELI – NOW SO IS EGYPTIAN QUEEN CLEOPATRA: An enormous controversy erupted this year over news that Israeli actress Gal Gadot is not only playing Wonder Woman in a new movie just released in December, but will also play Egyptian Queen Cleopatra in a film.

20) ISRAEL IS HEADING BACK TO ELECTIONS – FOURTH ROUND IN TWO YEARS: Israel likes to pride itself as the only real democracy in the Middle East. But something has gone seriously wrong. In late December, the so-called “national unity government” blew apart because the Cabinet could still not pass a state budget for 2020, much less for 2021. Now, Israelis are being forced to go back to the polls and the election will be held on March 23.