Top Posts
There’s A Light That Enters Houses With No...
Knowing the One Who Always Keeps His Word
Pregnancy Resource Centers Fight For Life Amidst Opposition
This World is Not Our Home
Lessons Learned From a Gingerbread House
Let There Be Peace on Earth
‘I Wanna Dance’ movie: Whitney Houston’s success and...
Fact Finding, Sight Seeing, and Prayer Walking
Kidney donation led to 8 life-saving surgeries
The Power of Curiosity
Home Tags Posts tagged with "JD Greear"

DURHAM, NORTH CAROLINA (ANS) – Pastor J.D. Greear, of Summit Church in Durham, North Carolina, told his 12,000 congregants this week that church facilities will not reopen in 2020 and plans include launching a couple thousand house churches. 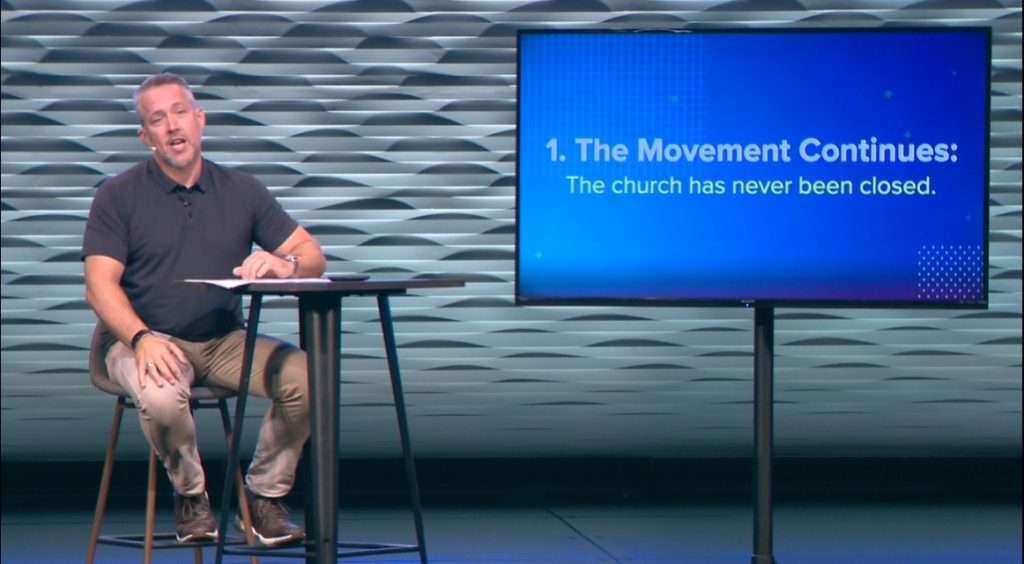 Greear, who is also the current President of the Southern Baptist Convention, said that the church needs to strategize like this is the new normal, reported Jesse Jackson in a ChurchLeaders article.

The Summit Church pastor joined Andy Stanley who also recently shared that North Point Community Church will not be reopening this year. Greear’s announcement was due to the uncertainty of the COVID-19 virus, according to ChurchLeaders. In his message, ‘Unpack Your Bags – Make the new normal our normal,’ Greear compared the current situation to staying at a hotel for an extended period of time – “you’d unpack your bags if you know that you’re going to be there for awhile, but not unpack if it’s just temporary.”

Greear said, “This may not be a storm that passes very quickly…we just don’t want to operate week to week anymore as we have been and then wake up six months from now and look back and realize how much we missed (in making disciples) because we didn’t adjust.”

ChurchLeaders reported that some of The Summit Church campuses meet in schools, and because those schools will be holding classes online, those church campuses would not have a place to hold services.

“We just don’t think that we can keep you safe if we begin to open up for gatherings on a large nature,” Greear said. Services at the Summit typically draw 500 to 1000 people each, ChurchLeaders reports. Greear says that if a “miracle vaccine” suddenly appears, they can always re-strategize and are equipped to move quickly; “but (right now) it’s time for us to move forward.”

He emphasized that the house groups will need to follow the safety guidelines suggested by the authorities, government, and the CDC regarding how many people can gather at one time. The weekend streaming services are flexible for a house church setting in order to be interactive and kid-friendly.

“We are going to gather, it’s just not going to be in large groups of 500 to 1000 on the weekend in our facilities,” Greear said.

Greear also shared what another church leader had said to him, “This is unprecedented moment for student ministry. For the first time student ministry doesn’t have any competition.” Alluding to the lack of sports and extracurricular school activities that usually take students away from gathering together, he encouraged student ministries to get together in parks and other outdoor spaces to meet more regularly since scheduling conflicts likely won’t be a concern.

Greear concluded his message by reminding the congregation that “even when you can’t come to church, we can still be the church.” He presented two ways that the church can still be the church this year. Gathering for worship and prayer in smaller groups, and engaging others in intentional discipleship relationships should remain a priority he explained.

“God is not surprised by this. He knew that it was coming, and He is going to equip us to facilitate a movement of disciples making disciples,” Greear said.