Top Posts
Colorado football coach Sanders’ unabashed faith
There’s A Light That Enters Houses With No...
Knowing the One Who Always Keeps His Word
Pregnancy Resource Centers Fight For Life Amidst Opposition
This World is Not Our Home
Lessons Learned From a Gingerbread House
Let There Be Peace on Earth
‘I Wanna Dance’ movie: Whitney Houston’s success and...
Fact Finding, Sight Seeing, and Prayer Walking
Kidney donation led to 8 life-saving surgeries
Home Tags Posts tagged with "Jerry B Jenkins"

written by Jerry B. Jenkins 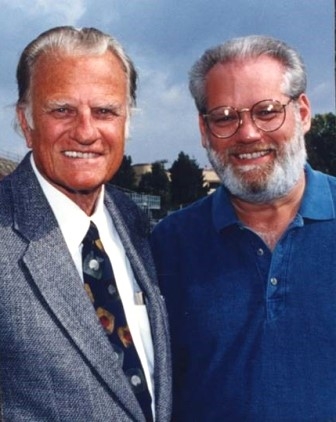 By Jerry B. Jenkins, Special to ASSIST News Service 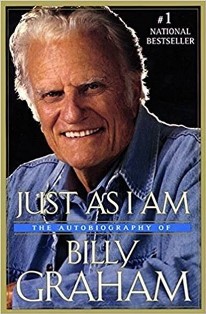 One of his aides even told me I had been selected from a handful of authors to assist him with his memoirs because I was the one who obviously hadn’t prepared an answer to his team’s most predictable question: What qualifies you to do this?

I blurted, “Oh, no one’s qualified! All any writer could do with such a privilege is to try to do justice to the man’s story.”

I spent the better part of 13 months in the early 1990s traveling to and from Mr. Graham’s home in Black Mountain, North Carolina, and his nearby ministry offices in Montreat. (I assisted him in writing the birth-through-the-Nixon-years for his autobiography Just As I Am.)

But even my first interview question was off-track: “What must it feel like to be so well-known, so popular, that hundreds of thousands come to hear you preach in stadiums all over the world?”

He looked puzzled, as if he had genuinely never thought about that. He wept quietly as we watched a black and white film highlighting his 1950s Crusades, including the massive London events where he spoke to 120,000 at Wembley Stadium.

He ignored my question and said, “Let’s just pray and thank the Lord for what we just saw.”

When I pressed, asking if he didn’t at least appreciate how current crowds greeted him with warm applause, he shook his head. “I smile, but I’d rather dig a hole and crawl into it.”

I said, “But they’re just thanking you…”

Once, as he was walking me out at the end of the day, his secretary caught up with us and said, “Diane Sawyer is on the phone for you.”

I said, “For him or for me?” Fortunately, she thought that was funny.

Another time, he suggested we get away and work at a hotel in Fort Lauderdale, Florida. One morning I followed him to the hotel barbershop where he got a haircut. A manicurist working nearby struck up a conversation with him, asking, “So what do you do?” \

In his inimitable accent, Mr. Graham said, “I’m a preachah.”

She said, “Oh, I don’t care for preachers that much. Except Billy Graham, I do like him.” 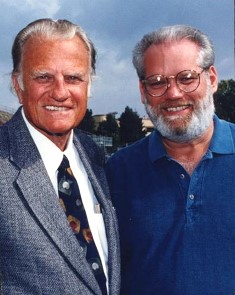 “Well, thank you. I am Billy Graham.”

She frowned. “Oh, you don’t even look like him!”

The barber caught her eye and mouthed, “It’s really him.”

Once, when his secretary interrupted a session, telling him, “There is a call you’ll want to take,” I waited several minutes until he returned.

When he got back, trying to be funny, I said, “So, what did President Clinton want?”

He blanched and said, “Well, I’m not at liberty to say.” And he narrowed his eyes at his secretary.

I said, “Oh, she didn’t say anything! I was just trying to be funny, but I wasn’t, and I apologize.” He just shook his head and smiled.

Near the end of my time with Mr. Graham, I wondered whether I had enough takeaway value for the memoir. Such a book must not simply be about something; it must be for the purpose of something.

For our last session, we sat knee to knee across from each other in his modest office. My goal was to see what readers could glean not from all the experiences he had enjoyed as a worldwide Christian leader, but rather from his own personal devotional life.

But, as usual, I broached the subject the wrong way. I began, “People look to you as a spiritual leader, a model, almost like the Protestant pope—”

“But they do. Many see you as the Christian leader of our time—”

Mr. Graham said, “They really mustn’t do that. When I think of the number of times I’ve failed the Lord, I feel this low,” and he reached and placed his hand flat on the floor.

And I thought, Billy Graham has failed the Lord?

I kept trying to ask the question, basing it on how he was so revered. He would have none of it.

I said, “Well, just tell me how you maintain your own spiritual disciplines.”

Finally, I had hit on something he was eager to talk about. He leaned forward, boring in on me with those piercing blue eyes. “The Bible tells us to pray without ceasing and to search the Scriptures. And I do that.”

I was stunned. “You pray without ceasing?”

“I do,” he said, “and I have every waking moment since I received Christ at age 17. I’m praying right now as I’m talking to you that everything I say will glorify Christ.”

I could barely speak, yet still I wondered if there was takeaway value here. Had he set the bar so high no one could emulate him? When I found my voice, I said, “What form does your searching the Scriptures take?”

Mr. Graham said, “Wherever I am in the world, in someone’s home, my home, a hotel room, here in my office, anywhere, I leave my Bible open where I’ll notice it during the day. Every time I see it, I stop and read a verse or two, or a chapter or two, or for an hour or two. And this is not for sermon preparation; it’s just for my own spiritual nourishment.”

Now we were getting somewhere. Everyone wants a daily devotional life, even if they can’t pray without ceasing. I said, “How do you get back into it if you miss a day or two?”

He cocked his head and squinted. “I don’t think I’ve ever done that.”

“No, I said it’s nourishment for my spiritual life, and I don’t want to miss a meal.”

Over his shoulder, on the corner of his desk, lay his open Bible, just as he said.

Years later while hosting a writers conference at The Billy Graham Cove, I received word that Mr. Graham would like my wife Dianna and me to visit him at his home. We found him bedridden, recovering from a broken hip. And he told us this story:

He said the doctor had visited him that morning to give him an injection directly into his hip bone. “He told me it was going to be quite painful and so I should try to imagine myself anywhere but here, maybe in some Shangri La.” Dianna and I both thought he was going to say he set his mind on heaven.

But he said, “I told that doctor, ‘There’s nowhere I’d rather be than right here right now.’ And the doctor said, ‘Why, Billy? I told you this is really going to hurt.’ And I said, ‘I always want to be in the center of God’s will, and if this is where He has me today, this is where I want to be.’” 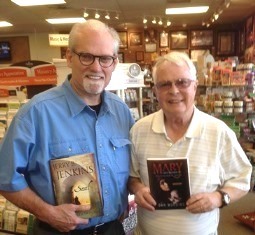 About the writer: Jerry B. Jenkins is a New York Times bestselling novelist (Left Behind) and biographer. He owns the Jerry Jenkins Writers Guild (https://jerrysguild.com/).