Top Posts
Colorado football coach Sanders’ unabashed faith
There’s A Light That Enters Houses With No...
Knowing the One Who Always Keeps His Word
Pregnancy Resource Centers Fight For Life Amidst Opposition
This World is Not Our Home
Lessons Learned From a Gingerbread House
Let There Be Peace on Earth
‘I Wanna Dance’ movie: Whitney Houston’s success and...
Fact Finding, Sight Seeing, and Prayer Walking
Kidney donation led to 8 life-saving surgeries
Home Tags Posts tagged with "Jerry Jenkins"

written by Jerry B. Jenkins 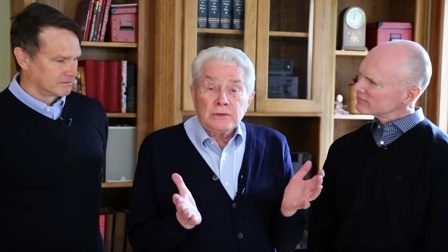 By Jerry B. Jenkins, Special to Assist News Service 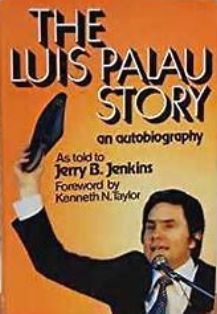 COLORADO SPRINGS, CO (ANS – January 24, 2018) — More than half a lifetime ago my wife and I traveled with the Luis Palau Evangelistic Team to Scotland for the great Glasgow Crusade of 1981. I had been chosen to write Luis’s as-told-to autobiography, and tagging along was the only way to snag enough time with him to research it.

Memories of that momentous trip came flooding back when last Thursday, January 18, Luis (now 83) announced he’s been diagnosed with stage 4 lung cancer. I found myself in tears at the news of this indefatigable international evangelist (long considered the Latin American Billy Graham) facing the greatest, and inevitably the last, physical challenge of his life.

Luis is determined to work to the end, praying he’ll remain strong until a couple of significant events this Fall. But the video announcement he made with his sons http://www.palau.org/luishealth/ is sobering evidence that the prognosis is not good.

How precious to see him wax emotional over what he will miss, weeping even as he thanked God for his full life of ministry and prayed for its future.

That Scotland trip in ’81 became one of those life experiences one never forgets. Dianna and I stayed with a local family and delighted in getting to know them, enjoy their dialect, the culture, and many historic sites. 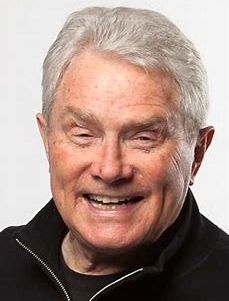 But what impressed me most was my exposure to Luis and his singular life of devotion to God. He had felt called to be an evangelist, and he lived and breathed it. It seemed every waking moment he was strategizing, praying, studying, preparing, working with his team to optimize any opportunity to share the gospel of Christ with the people of Scotland.

The night before the meetings opened at Pittodrie Stadium in Aberdeen, the entire volunteer local staff of several hundred huddled before the podium where he was to preach. Luis thanked them for their work, encouraged them, and prayed for them. In the middle of his litany of gratitude a flock of birds swept directly between him and the volunteers, and without missing a beat, Luis said, “And I tell you, that publicity committee has been fantastic!”

During the brief times he carved out of his busy days for our interviews, I was most taken with his passion. He was a vivid storyteller and loved to recall miraculous, unlikely life changes in seekers.

He recalled that one evening as he was conducting a live radio broadcast, a local woman came to the studio to wait for him to get off the air so she could speak to him. She told him of her wretched life of atheism and hedonism and said she couldn’t imagine God ever accepting her, even if she did decide He existed.

Luis told me he had been at a loss, exhausted and unable to think of anything to say to her after his long call-in program. He said, “The Lord just prompted me to quote one passage of Scripture to her as the answer to whatever statement or question she posed. No matter what she said, I simply responded, “God says, ‘For I will be merciful…their sins and their lawless deeds I will remember no more.’*” 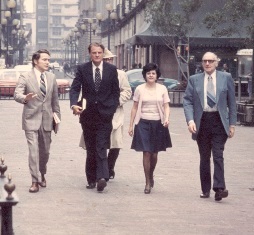 And Luis just kept repeating the passage. At long last the woman broke down, repented, and came to faith in Christ.

In the telling, it was obvious Luis had relived the thrill of that encounter.

And now, as he faces the end of more than a half century of ministry to tens of millions all over the world, it warms me to know that countless such stories will comfort him.

Jerry B. Jenkins is a New York Times bestselling novelist (Left Behind) and biographer. He owns the Jerry Jenkins Writers Guild (https://jerrysguild.com/).