Top Posts
Colorado football coach Sanders’ unabashed faith
There’s A Light That Enters Houses With No...
Knowing the One Who Always Keeps His Word
Pregnancy Resource Centers Fight For Life Amidst Opposition
This World is Not Our Home
Lessons Learned From a Gingerbread House
Let There Be Peace on Earth
‘I Wanna Dance’ movie: Whitney Houston’s success and...
Fact Finding, Sight Seeing, and Prayer Walking
Kidney donation led to 8 life-saving surgeries
Home Tags Posts tagged with "Jesus healing miracle" 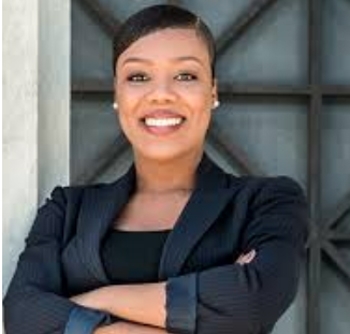 SOUTHERN CALIFORNIA (ANS – April 13, 2018) — She is the daughter of a faith preacher and traveling evangelist who first saw God’s power to heal when she was young. But after she developed her own serious, crippling disease, she thought God might heal her gradually, but was shocked when her healing was instantaneous and miraculous – something out of the pages of the Bible.

“I always believed in his power,” says Dianna Hobbs, author of God Did It: A True Story of Miraculous Healing.

At 5-years-old Dianne gave her life to Jesus and by 11 she was preaching the Gospel. “I don’t even know how I developed such a personal relationship with him,” she says, “but I would hide away in my room and write letters to Jesus. I loved him early on and still love him that much more now.”

In 2015 she developed trouble with her vision and learned she had glaucoma. “It had progressed so much and my inter ocular pressure was so high I failed the test miserably. Because my dad was a faith preacher he didn’t tell me it was in my family line. We didn’t do a whole lot with doctors,” she notes.

“The top ophthalmologist in western New York told me in five years I would be blind and there was nothing I could do to change it.” He prescribed eye drops to slow the progression of the disease.

Understandably, she was devastated. She got together with a prayer warrior and they prayed and believed God for healing.

A few months later she went back to the same ophthalmologist. When he examined her, he was confused. “I have seen what drops can do and they can’t do this…it looks like you have new eyes!”

Dianna gave all the glory to God for the healing of her eyes, but health problems in other parts of her body intensified over the next two years. She suffered from aching joints, mysterious bruises on her skin, fatigue, and constipation.

Her primary physician recommended changes to her diet and increasing her water intake, but couldn’t find anything wrong.

She was referred to a specialist, who thought she might have leukemia.

Then she visited an oncologist who tested her and was “stupefied.”

Two years elapsed before she was referred to a rheumatologist, Dr. Danilo Saldana, originally from the Philippines. “He combed over all my tests and it took him 20 minutes to diagnose me. He told me exactly what was wrong.”

She had two diseases: rheumatoid arthritis and fibromyalgia. She learned that her immune system was attacking her own body.

“By the time he discovered it, there was irreversible damage done to my bones, joints, my heart, bowels, lungs, and my voice. I could no longer talk and I’m a singer and a preacher.”

The doctor shook his head and said there was nothing he could do for her. “We found it too late,” he said. “The most we can do is make you comfortable.”

Dianna lost her ability to walk. The x-rays revealed the arthritis had eroded her bones and joints.

“I was in adult diapers because I suffered with this condition in my bowels where I could not use a bathroom for days and then spontaneously release.”

When she was alone with herself, Dianna wrestled with faith. She indulged in her own pity party. In one moment of despair she cried out: “God, I’m a prayer warrior, I love you and I serve you, I’m devoted to your kingdom and missions. Why are you allowing this to happen to me?”