Top Posts
Colorado football coach Sanders’ unabashed faith
There’s A Light That Enters Houses With No...
Knowing the One Who Always Keeps His Word
Pregnancy Resource Centers Fight For Life Amidst Opposition
This World is Not Our Home
Lessons Learned From a Gingerbread House
Let There Be Peace on Earth
‘I Wanna Dance’ movie: Whitney Houston’s success and...
Fact Finding, Sight Seeing, and Prayer Walking
Kidney donation led to 8 life-saving surgeries
Home Tags Posts tagged with "Kaduna State, Nigeria" 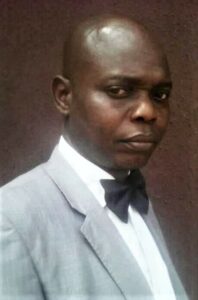 The assailants also burned down four houses, he said.

“The houses of Adamu Mangai, Gideon Nuhu, Andrew Adamu and Alphonsus Michael were razed down by the attackers,” Aruwan said. “The state government condemns these attacks and the loss of lives and has directed security agencies to investigate and arrest all persons involved in the criminal actions.”

“Both father and son were sleeping in their home in Gidan Zaki village when they were brutally shot dead” on Nov. 17, he said in a statement to Morning Star News. “The dastardly murder of the district head of Mazaki in Atyap Chiefdom, Zangon Kataf, and his teenage son stands totally condemned. It was a well-planned murder by evil men who sneaked into the village and headed for his home and unleashed terror. The heartless killers also attacked his wife and daughter, but they survived with injuries.”

Aruwan said in a statement that area soldiers reported Kuye’s wife sustained machete wounds while his daughter was shot in the hand.

“The security report further stated that the attack was carried out by about five men wielding AK-47 rifles and machetes, who also tried to burn the house and a vehicle in the premises,” Aruwan said.

“Pray for the Christians of Katarma village in Chikun Local Government Area,” he said. “Most Christian villages on that axis have been destroyed in the past three days, many killed, and some kidnapped.”

Binniyat said SOKAPU is calling on the Kaduna and federal governments to assist thousands of displaced people in southern Kaduna state.

“Most of them are living under sub-human conditions, especially children, women, the old and infirm,” he said. “In Kallah, Rimau and Geffe, Christian communities all in Kallah ward, Kajuru Local Government Area, thousands of displaced Christians are in dire need of food and medical services.”

Likewise, Christians in Chikun County have fled their homes after Fulani militia unleashed terror on them and occupied their communities, he said. Thousands of displaced Christians have taken refuge in Unguwan Bijeh, Buyaya, Goning Gora, Unguwan Madaki and other areas south of the Kaduna River, he said.

“No citizens deserve to be so neglected and abandoned by its government after it has failed in its cardinal responsibility of securing their lives and property,” Binniyat said.

Morning Star News also reported that in southwest Nigeria’s Ekiti state, suspected Fulani herdsmen on Thursday or Friday (Nov. 26-27) killed the Rev. Johnson Oladimeji as he traveled home from to Ikere-Ekiti, where he leads a congregation of the Nigerian Baptist Convention, the president of Ekiti Baptist Church Conference said in a statement.

Pastor Oladimeji’s family members had made a series of phone calls when he did not return from visiting his mother in Osun state on Thursday (Nov. 26), the Rev. Adeyinka Aribasoye said. Pastor Oladimeji’s body was found in his car on Friday (Nov. 27).

“The herdsmen who were hiding in the forest along the highway shot at his vehicle,” Pastor Aribasoye told Morning Star News. “Rev. Oladimeji was hit by bullets that were shot by the herdsmen. A search team made of Baptist church members found out that he had been killed on the highway.”

A funeral wake for the slain pastor was planned for Monday (Nov. 30), with burial scheduled for the next day.

Numbering in the millions across Nigeria and the Sahel, predominantly Muslim Fulani comprise hundreds of clans of many different lineages who do not hold extremist views, but some Fulani do adhere to radical Islamist ideology, the United Kingdom’s All-Party Parliamentary Group for International Freedom or Belief (APPG) noted in a recent report.

“They adopt a comparable strategy to  Boko Haram and ISWAP [Islamic State West Africa Province] and demonstrate a clear intent to target Christians and potent symbols of Christian identity,” the APPG report states.

Christian leaders in Nigeria have said they believe herdsmen attacks on Christian communities are inspired by their desire to forcefully take over Christians’ lands and impose Islam as desertification has made it difficult for them to sustain their herds.

The APPG report noted that tribal loyalties cannot be overlooked.

“In 2015, Muhammadu Buhari, a Fulani, was elected president of Nigeria,” the group reported. “He has done virtually nothing to address the behavior of his fellow tribesmen in the Middle Belt and in the south of the country.”

On Jan. 30 Christian Solidarity International (CSI) issued a genocide warning for Nigeria, calling on the Permanent Member of the United Nations Security Council to take action. CSI issued the call in response to “a rising tide of violence directed against Nigerian Christians and others classified as ‘infidels’ by Islamist militants in the country’s north and middle belt regions.’”

Nigeria ranked 12th on Open Doors’ 2020 World Watch List of countries where Christians suffer the most persecution but second in the number of Christians killed for their faith, behind Pakistan.