Top Posts
Colorado football coach Sanders’ unabashed faith
There’s A Light That Enters Houses With No...
Knowing the One Who Always Keeps His Word
Pregnancy Resource Centers Fight For Life Amidst Opposition
This World is Not Our Home
Lessons Learned From a Gingerbread House
Let There Be Peace on Earth
‘I Wanna Dance’ movie: Whitney Houston’s success and...
Fact Finding, Sight Seeing, and Prayer Walking
Kidney donation led to 8 life-saving surgeries
Home Tags Posts tagged with "Kayne West" 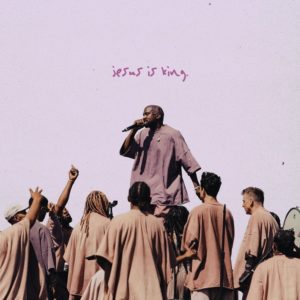 ALBUQUERQUE, NEW MEXICO (ANS)—I admit it. I had alternative reasons for attending Kayne West’s movie Jesus is King.  It wasn’t to see West or hear his music.  And it wasn’t to revel in his conversion or re-commitment to Christ—which is marvelous. No, I went to get a glimpse of artist James Turrell’s (b. 1943) masterpiece, Roden Crater.  Roden Crater is a “gateway to observe light, time, and space,” three things the Quaker artist has pursued throughout his illustrious career.

As reported earlier this year,  West donated 10 million dollars to help fund Turrell’s massive art masterpiece.  And maybe the reason for the donation is manifest in the movie: West filmed most of the picture at Roden Crater, an extinct volcano outside of Flagstaff, Arizona.

As the film commences, three things become evident. One, Roden Crater is a magnificent work, unrivaled in the Light and Space movement.  It’s monumental, beautiful, and scientific.  It’s as Turrell took pages from Aquinas’ work—a confluence of faith and reason—and put them together to from something sublime. Two, Kayne West creates a unique hybrid work of expression, integrating Gospel music with high art.  The result is visually and sonically stunning. And three, Jesus is the centerpiece of the entire production.  Put another way, there’s two celebrities—West and Turrell, but one star, Jesus. 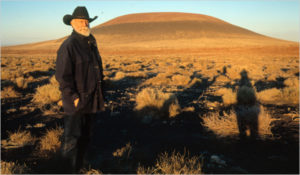 As a Quaker artist, Turrell was summoned by his grandmother to “pursue the Light,” a symbolic reference—in Quaker-speak—for Christ (“I am the Light of the World”).  Turrell has spent his career doing so.  In a similar fashion, West made Christ the center of his newest album and film, as the name Jesus is King suggests.

Like another high-profile conversion before him, namely Nobel-prize winning songwriter Bob Dylan, West made a huge splash with his coming out party.  Of course, there are naysayers, doubters, and those who’ll sit back and watch how it all unfolds. 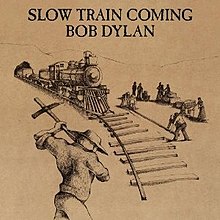 For me, I celebrate that someone has taken a stand for Light in an age of darkness.  Both Turrell and West have, albeit in two distinct ways. And though West’s views may morph or mature over time—much like Dylan, my hope is his faith remains strong and salient amidst the critics and catcalls.

As for the movie, running just shy of 40-minutes, one hears a soundtrack of passionate music with songs of praise, hope, and joy. Though West has only a small role, as sweeper, the movie is interspersed with short clips of deer, flowers, and mountains.  The amazing musical performances by the stellar Sunday Service Choir is at the heart of the film. The visuals give a glimpse at Roden Crater: staircases, walkways, openings to the heavens, and of course, light.  The music and cinematography make for an impressive production, a peek at what will become one of the nation’s monumental works of art.

Though I’d rather be at the Crater in person, experiencing it through film was a fine substitute.  The question arises, when will Roden Crater open to the public?

Opening to the Public 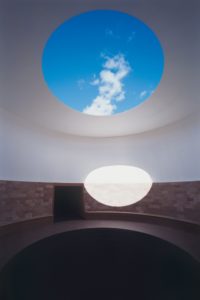 According to Arch Daily, Roden Crater “is now set to open to the public within the next few years thanks to a series of partnerships and new funding. Part of the additional funds includes a $10 million donation from Kanye West that would allow the project to expand and open within the next five years. Only a small group of people have experienced the crater, and the new funding will jump-start the updated master plan, which includes a restaurant, visitor’s center, cabins, and a ‘light-spa.’”

A Reminder of Things Seen and Unseen

I attended the movie with a group of Pastors from Calvary Albuquerque.  Upon exiting the film, I asked one pastor, Mat Pirolo, what he thought of the movie.  He told me he was “impressed with the various scriptural references spread throughout the film and the passionate music was amazing. It was a testament to Jesus as King.”   I think Pirolo’s quote sums up movie nicely: Jesus is King is a visual reminder that Jesus is King–in song, scripture, and scene. The Sunday Service Choir sings about it, and  Turrell’s Roden Crater supports it through the confluence of light, space, and time—things seen and unseen, an icon of light and space. Together, West and Turrell, provide a faint echo of Colossians 1:16: “For by Him were all things created, that are in heaven, and that are in earth, visible and invisible…”  Overall, the metaphor of light, space, and time (presented via the music) creates a framework for the movie and artwork,  providing a backdrop for thought and conversation, discussing the realities that transcend both the film and art:  truth, beauty, and goodness as revealed in the King.