Top Posts
Colorado football coach Sanders’ unabashed faith
There’s A Light That Enters Houses With No...
Knowing the One Who Always Keeps His Word
Pregnancy Resource Centers Fight For Life Amidst Opposition
This World is Not Our Home
Lessons Learned From a Gingerbread House
Let There Be Peace on Earth
‘I Wanna Dance’ movie: Whitney Houston’s success and...
Fact Finding, Sight Seeing, and Prayer Walking
Kidney donation led to 8 life-saving surgeries
Home Tags Posts tagged with "Kyrgyzstan"

BISHEK, KYRGYZSTAN (ANS) — A Kyrgyz man who was almost beaten to death by three angry Muslims after converting to Christianity has become a victim yet again.

According to Barnabas Aid, Eldos, who is in his mid-20s, was held captive for ten hours in a prosecutor’s office in the capital Bishkek by the lawyer of his attackers. 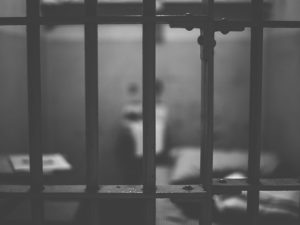 Barnabas Aid says the lawyer tried to force Eldos to drop the charges against the three men who viciously attacked him in October.

“We are going to lock you in prison and you are going to beg me for your life,” was just one of the threats made by the lawyer during the latest ordeal.

Eldos and his Christian uncle, fearing for their lives, fled to another country two days later.

The Barnabas Aid report says the persecution of Eldos began on October 17, 2018 when the three Muslim extremists broke into a house in the village of Tamchi, Issyk-Kul, looking to beat up his Christian uncle.

Instead they found Eldos and asked if he was a Christian too. When he said he was, they punched and kicked him to the ground.

They shouted at him that he was a kaffir (a derogatory term for a non-Muslim) and that he had betrayed Islam (the classic Islamic view of Muslims who leave Islam).

Then they tried to force him to say the shahada (the Islamic creed), which is considered conversion or re-conversion to Islam, but Eldos bravely refused.

They then repeatedly kicked him in the head as he lay helpless on the floor, fracturing his jaw and smashing his teeth and leaving him semi-conscious.

They then threatened that they would come back to kill him if he did not leave the village by the morning.

Barnabas Aid said friends of Eldos’ attackers paid menacing visits to Christian homes in three villages, swearing to the Christians that they would burn down their houses if his three attackers were punished.

Eldos and his lawyer had been called to the Internal Affairs office in Bishkek on 23 February to meet with his attackers as part of the ongoing investigation, which is not unusual in the Central Asian nation.

As well as making threats, the defendants’ lawyer ripped the phone out of the hands of Eldos’ lawyer, deleted recordings on it and physically assaulted her. A government investigator present did nothing to end the 10-hour ordeal.