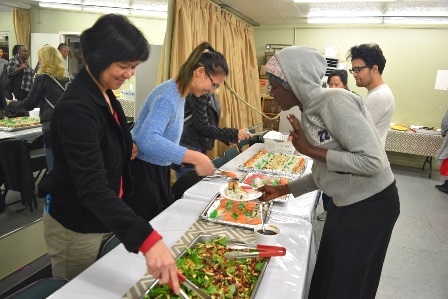 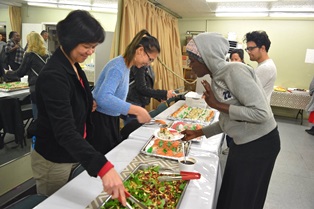 DOWNTOWN LOS ANGELES, CA (ANS – February 3, 2018) – The story goes that Los Angeles was the first city in America to successfully embrace sushi, a cuisine phenomenon that skyrocketed when the first sushi bar outside of Little Tokyo opened in 1970 in Hollywood and catered to celebrities.

Sushi was never considered a “poor man’s meal” — until now.

“This idea wasn’t originally part of our plan,” Cha said. He explained that a restaurant owner, who had been to the church at the time of its opening in September, “one day just out of the blue” approached him and said, ‘Hey, I want to donate a whole bunch of sushi to you guys. Why don’t I come to make stuff and cook’ and suggested the church ‘just invite all the neighbors, all the poor people, anybody that wants to come to the church to come eat with you guys.’” 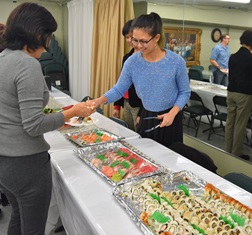 Cha told the chef, Chiva Neo, from Ramen Senya in Sherman Oaks, that he’d never heard of anything so “fancy” done for a whole neighborhood before.

“We are always looking for ways that we can use events like this for evangelism and outreach because last year, when we were planning for our 2018 goals, one of the things we were thinking about was possibly doing barbecues or some sort of dinners,” Cha said. When this opportunity came up the pastor and its leaders asked themselves, “Why don’t we do this as an outreach?”

“We looked at it as a way to get Grace City known as well as use it as an opportunity to proclaim the gospel as well, and possibly get them plugged into a church or a home church,” he said. “It was one of those unexpected things for us, but we said this was one of those once-in-a-blue-moon opportunities so that’s why we decided to take him up on it and just roll with it and see how everything was going to go. It turned out pretty well actually.”

Cha said that before guests filled their plates from the sushi buffet-style table, he gave a brief introduction to what his church was about and prayed a blessing.

Guests for the dinner appeared to be of various socioeconomic backgrounds and not necessarily poor, according to Cha. It was an evening enjoyed by everyone, amazed that the free dinner was not standard fare.

To end the evening Cha said he spent a short time giving his testimony about how he “came to a saving faith in Christ” and hoped people would reflect upon it and “challenge them in a small way to think about the message of everlasting life.”

“We were able to use the food event as a way to point to the food as physical sustenance but use that as a way to point to the spiritual food that is in Christ,” he said. “Like the verse, ‘I am the bread of life that he who believes in me shall never hunger,’ (John 6:35) that Jesus used to show that we care about them physically — to feed them physically but most importantly we want to feed them spiritually.”

Plans for another food outreach night hosted by Grace City LA may or may not include sushi. 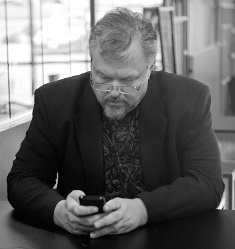 About the writer: Alex Murashko is editor of TogetherLA.net [https://togetherla.net/]. He has been a journalist for more than 25 years. Murashko is launching “Media on Mission” this year, which is an organization in support of Christian journalists making a difference in the faith and secular global communities. He can be contacted by e-mail at alex@togetherla.net.