Top Posts
Knowing the One Who Always Keeps His Word
Pregnancy Resource Centers Fight For Life Amidst Opposition
This World is Not Our Home
Lessons Learned From a Gingerbread House
Let There Be Peace on Earth
‘I Wanna Dance’ movie: Whitney Houston’s success and...
Fact Finding, Sight Seeing, and Prayer Walking
Kidney donation led to 8 life-saving surgeries
The Power of Curiosity
When Love Came Down at Christmas
Home Tags Posts tagged with "Love Week" 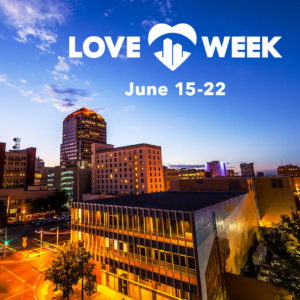 ALBUQUERQUE, NEW MEXICO (ANS)— “I’m from North Carolina,” Wanda says.  She tells me this bit of information after a match of shuffleboard played at the National Senior Games, held in Albuquerque, New Mexico at the Convention Center.  Wanda and I were assisting with a game. I was the referee (something I knew nothing about).  Wanda was initially a competitor, but her first opponent didn’t show up.  Wanda was recruited by two players to assist me.  The game I refed was between two women. One of the two women playing was kind enough to train me as a ref and play the game at the same time.  My trainer was from Roswell, New Mexico. Her opponent was from Minnesota.

The players push colored disks (yellow and black) with a cue (stick) down a playing floor. As ref, I watch to see if the disks land within a triangle zone, giving hand singles to the players after each frame.  With a stick I have in my hand, I turn it over to correspond to the colors (yellow and black) on the scoreboard. Wanda kept score and pushes the disks back at the end of each game.  I yell out the score and Wanda writes it down.  New Mexico wins this match. 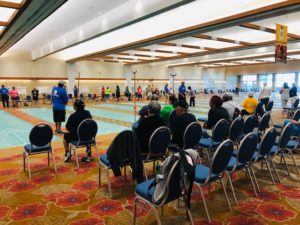 After the game, the four of us chat.  I learned Wanda, an African-American in her upper 50’s, is a biologist, having graduated from Eastern New Mexico University in the 1980’s.  She’s played several sports over the years at the National Senior Games but chose shuffleboard this year to spend time with a family member.  She’s traveled the games for years with her mother, in her 80’s, who is a bowling fanatic.  “It’s a family affair,” she states. To commemorate, her family makes shirts each year with the words “Family Affair” strewn across the front, accompanied by the name of the city.

So goes my introduction to shuffleboard and the National Senior Games.  I delight in the experience.  I learned some athletes make it a point to travel to the games every two years to participate. A commitment in training and travel, I thought. 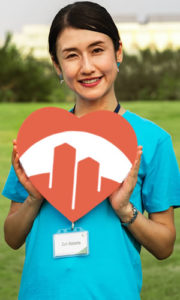 The whole experience was afforded to me via church, Calvary Church Albuquerque, to participate in Love Week, a new venture to unite and serve the city.   As the mission of LOVE ABQ states, “Our mission is to unite and mobilize thousands of volunteers from all walks of life, ethnic groups, faith traditions, and political affiliations to meet the needs of the Albuquerque metro community.”  As an outreach of New Mexico Prays, Love Week was the inaugural year for LOVE ABQ.  The goal for Love Week was for 2,000 volunteers to aid the city in roughly 8,000 hours of service.   Co-sponsoring the event was Convoy of Hope, a faith-based, humanitarian-relief organization, and One Albuquerque, a campaign initiated by Albuquerque mayor Tim Keller.

After my debut referring experience, I walk the floors, looking at booths and talk with people.  I learn that the National Senior Games began with a meeting in 1985 to promote healthy living and friendly competition among people 50 years old and above.  The games commenced in earnest in in Saint Louis in 1987.

The games continued to grow, visiting over sixteen cities throughout its thirty-plus year existence.  As the National Senior Games website states, “The NSGA exists today as a non-profit organization dedicated to motivating active adults to lead a healthy lifestyle through the senior games movement. The Games, a 20-sport, biennial competition for men and women 50 and over, is the largest multi-sport event in the world for seniors.

“NSGA Member Organizations hold annual games with qualifying competitions in the year preceding The Games. Athletes that meet specific criteria while participating in the State Senior Games qualify to participate. To date, the NS 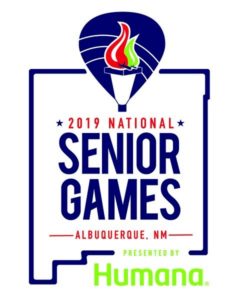 “The NSGA exists today as a non-profit organization dedicated to motivating active adults to lead a healthy lifestyle through the senior games movement.”

Not only was meeting people and learning about the National Senior Games enchanting, the whole experience of Love Week was a revelation: people of faith coming together to serve a city.  A flame ignited. Brilliant.

Love Week reminds me of Jesus’ words: “You are the light of the world. A town built on a hill cannot be hidden. Neither do people light a lamp and put it under a bowl. Instead they put it on its stand, and it gives light to everyone in the house. In the same way, let your light shine before others, that they may see your good deeds and glorify your Father in heaven” (Matthew 5: 14-16).

Let’s hope the Love Week flame grows in significance as its light grows brighter and brighter, causing people to thank God  for love and service to cities and communities in need.