Top Posts
Pregnancy Resource Centers Fight For Life Amidst Opposition
This World is Not Our Home
Lessons Learned From a Gingerbread House
Let There Be Peace on Earth
‘I Wanna Dance’ movie: Whitney Houston’s success and...
Fact Finding, Sight Seeing, and Prayer Walking
Kidney donation led to 8 life-saving surgeries
The Power of Curiosity
When Love Came Down at Christmas
A Walk of Faith Begins with a Step...
Home Tags Posts tagged with "Lt. Dan"

CAMARILLO, CA (ANS) — What started as a random role in FORREST GUMP became one of actor Gary Sinise’s calling cards. Sinise, who played Lt. Dan in the popular movie, now travels with a band of the same name and gives back to military families, according to an article by Movieguide® Staff at www.movieguide.org.

Movieguide® says Sinise has brought the Lt. Dan Band to major war zones to inspire American troops, and it makes the actor all the more grateful for American freedom. 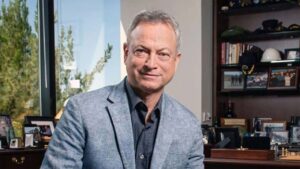 “I’ve stood on the border between North and South Korea several times,” Sinise said in an interview with Fox News.

“They’re free in the South and slaved enslaved in the North. You value your freedom that much more when you value that people have provided for you, and that’s the men and women of the United States military. That’s why I started my foundation. I want to support them in every way I can. Because freedom is precious, and it has to be fought for, it has to be protected. Independence from a tyranny has to be fought for and protected and I thank God for the men and women who are willing to do that and I just want to help them out.”

Sinise says his appreciation for the military actually really took off after he took the part of Lt. Dan.

“I ended up playing the Vietnam veteran in Forrest Gump and, and, at that time, I had done very little,” Sinise says.

“I just hadn’t hadn’t worked in the movie or television business for very long at all when I started going out and visiting troops around the world and going to the hospitals. Most of them didn’t know who I was, but they knew Lieutenant Dan and they knew my face from the movie. So when I started taking the band with me on these tours, I just said, let’s call it Gary Sinise and the Lt. Dan Band. They’ll at least know that the guy played the character is coming to see him. And since then, we’ve played hundreds of concerts.”

Sinise’s Lt. Dan Band is part of the Gary Sinise Foundation. Sinise’s foundation regularly gives back to military families and honors both service members and veterans.

“GSF is a personal dream; a dream and a commitment to support the men and women who serve our country around the world and here at home, to lift up their hearts, to make sure they are not forgotten, and to support the families who give of themselves so that our fellow citizens can enjoy the freedom and security their loved ones have dedicated their lives to defend and protect.

“I am a Grateful American for those we serve at GSF. We can never do enough,” Sinise says.