Top Posts
Knowing the One Who Always Keeps His Word
Pregnancy Resource Centers Fight For Life Amidst Opposition
This World is Not Our Home
Lessons Learned From a Gingerbread House
Let There Be Peace on Earth
‘I Wanna Dance’ movie: Whitney Houston’s success and...
Fact Finding, Sight Seeing, and Prayer Walking
Kidney donation led to 8 life-saving surgeries
The Power of Curiosity
When Love Came Down at Christmas
Home Tags Posts tagged with "Luke 19:10" 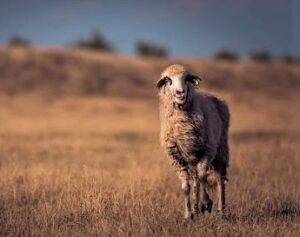 Looking for my spare house key recently, I’d almost given up hope of finding the lost item. In a hurry, I really didn’t want to take the time to have another spare made.

Searching through my kitchen junk drawer, which is partially organized, I came across a slew of keys. If I’d taken the time to label them in the first place, I wouldn’t have been overwhelmed. Comparing the keys to my original, I tried to find a match. Some came close but when I attempted to open my front door with them, none worked.

Finally, I gave up and drove to a local business to have a copy made. I figured the lost spare would turn up eventually, probably in an unlikely place.

Luke 2:1-7 recounts the story of the birth of Jesus in an unlikely place. Born in a stable because there was no room in the inn, His mother, Mary, wrapped Him in swaddling cloths and placed Him in a manger.

So, we know Jesus was with God from the beginning of time. God’s plan was perfectly organized, and His mission was only beginning with the birth of His son. Luke 19:10 tells us that “the Son of Man came to seek and to save the lost.”

Parables of the Lost

In Luke 15, Jesus is challenged by the Pharisees and teachers of the law for keeping company with sinners. In three different parables, Jesus attempts to get His message across. In the first, Jesus uses the example of a lost sheep. He says, “Suppose one of you has 100 sheep, but one of them gets lost. What will you do? You will leave the other 99 sheep there in the field and go out and look for the lost sheep. You will continue to search for it until you find it. And when you find it, you will be very happy…In the same way, I tell you, heaven is a happy place when one sinner decides to change. There is more joy for that one sinner than for 99 good people who don’t need to change.”

In the second parable, Jesus uses the example of the woman who loses one of her ten silver coins. Taking a light, she cleans the house, looking carefully for the coin until it is found. When she locates it, she lets her friends and neighbors know, telling them, “‘Be happy with me because I have found the coin that I lost!’ In the same way, it’s a happy time for the angels of God when one sinner decides to change.”

In the third parable, Jesus tells the story of a man who had two sons. When the younger demands the inheritance he is supposed to receive someday, His father divides his wealth between the two sons. The younger one packs his bags and travels to another country where he squanders everything. He ends up broke and hungry. Getting a job with a farmer, he is sent to the fields to feed pigs. Starving, the young man is tempted to eat the pigs’ slop. When the son realizes how foolish he has been, he returns home to this father where he is greeted with open arms. Giving him a hug, his father says, “My son was dead, but now he is alive again! He was lost, but now he is found!”

We’ve All Been There

At one time or another, we’ve all been lost. Isaiah 53:6 says, “We all, like sheep, have gone astray, each of us has turned to our own way; and the Lord has laid on Him the iniquity of us all.”

Led astray like sheep looking for greener pastures, many of us have ignored that still, small voice calling us to return to Him. Others of us have left the path God chose for us. But God’s mercy is bigger than any mistake we’ve ever made.

Even when we can’t see our way home, He never gives up on us. Instead, God loves us so much He never stops pursing us. And when we answer, He rejoices with us.