Top Posts
Colorado football coach Sanders’ unabashed faith
There’s A Light That Enters Houses With No...
Knowing the One Who Always Keeps His Word
Pregnancy Resource Centers Fight For Life Amidst Opposition
This World is Not Our Home
Lessons Learned From a Gingerbread House
Let There Be Peace on Earth
‘I Wanna Dance’ movie: Whitney Houston’s success and...
Fact Finding, Sight Seeing, and Prayer Walking
Kidney donation led to 8 life-saving surgeries
Home Tags Posts tagged with "Maronite Archbishop condemns attacks on churches in Syria" 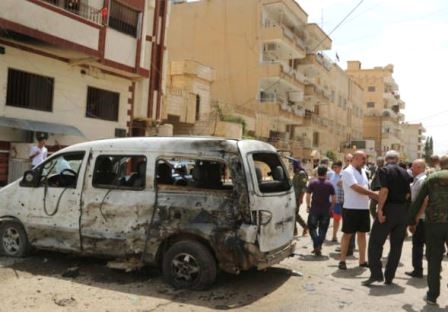 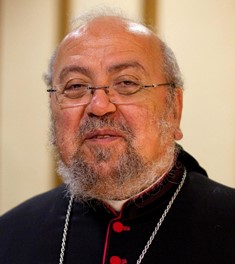 DAMASCUS, SYRIA (ANS — January 26, 2018) — Samir Nassar, the Maronite Archbishop of Damascus, has condemned the death of 24 people following military bombardments in many regions in war-torn Syria.

A press release* from Aid to the Church in Need (www.acnuk.org), a Catholic charity, said that it had received an update from Archbishop Samir Nassar in relation to the sufferings of Christians in Syria.

It quoted the Archbishop as saying that that the bombs of January 22, 2018, had now claimed 24 victims, of which seven were children, who were hit as they left school.

The release stated that the Archbishop in his communication to Aid to the Church in Need described the community’s “fear” and “anguish” following the loss of life.

“At the Patriarchate, there was more, serious damage in addition to the destruction caused by the bomb of January 8,” the release quoted the Archbishop as saying.

It stated: “The initial shelling caused major damage to the Cathedral’s doors and windows as well as fuel tanks and water tanks.”

The Archbishop called for prayers for peace on the feast of St Paul (Thursday, January 25th), asking Christians around the world to join with them in prayer when they celebrated Mass. 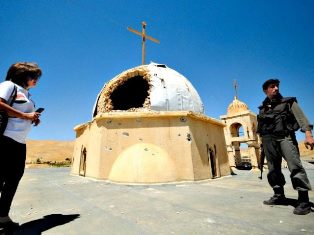 “The Week of Prayer for Christian Unity has turned towards peace and forgiveness. Please unite with us in our Eucharist on January 25th — the Feast of the Conversion of St Paul,” the press release quoted the Archbishop as saying.

According to the release in Afrin, northern Syria, where Turkey started military action on Sunday (21st January), the Reverend Valentin Hanan of the Good Shepherd Church made an urgent appeal for an immediate ceasefire — also asking Christians to pray for them.

“We call for urgent international protection for the believers in Afrin and to stop the Turkish bombardment,” he said. “At this moment, we are subjected to heavy shelling and the Islamic factions vow to enter the city. As a church we ask the Lord first for protection and then ask brethren for prayers and help.”

The press release said the Archbishop described the Christian community as “being under siege,” also saying that that the city has experienced heavy shelling. 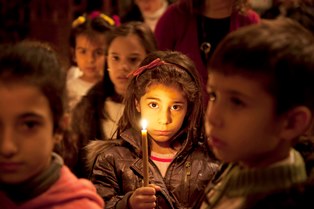 It added: “Turkey claimed the bombardments were targeting Daesh (ISIS) fighters in the region, but the US-backed Syrian Democratic Forces have disputed this claim.

“According to the Syrian Democratic Forces, up to 150 Daesh (ISIS) fighters were killed in air strikes on the Middle Euphrates River Valley in the south-eastern province of Deir al-Zour take took place on Saturday (January 20th)”, it said.

Note: Aid to the Church in Need is a Pontifical Foundation directly under the Holy See. As a Catholic charity, ACN supports the faithful wherever they are persecuted, oppressed or in need through information, prayer, and action. Founded in 1947 by Fr. Werenfried van Straaten, whom Pope St. John Paul II named “An outstanding Apostle of Charity,” the organisation is now at work in 140 countries throughout the world. Undertaking thousands of projects every year, the charity provides emergency support for people experiencing persecution, transport for clergy and lay Church workers, Child’s Bibles, media and evangelisation projects, churches, Mass stipends and other support for priests and nuns and training for seminarians. Aid to the Church in Need UK is a registered charity in England and Wales (1097984) and Scotland (SC040748). ACN’s UK office is in Sutton, Surrey, and there is a Scottish office in Motherwell, near Glasgow and another office based in Lancaster that covers the North-West.

*The press release was written by Murcadha O Flaherty and John Newton.