Top Posts
Colorado football coach Sanders’ unabashed faith
There’s A Light That Enters Houses With No...
Knowing the One Who Always Keeps His Word
Pregnancy Resource Centers Fight For Life Amidst Opposition
This World is Not Our Home
Lessons Learned From a Gingerbread House
Let There Be Peace on Earth
‘I Wanna Dance’ movie: Whitney Houston’s success and...
Fact Finding, Sight Seeing, and Prayer Walking
Kidney donation led to 8 life-saving surgeries
Home Tags Posts tagged with "Mid-East Peace"

JERUSALEM, ISRAEL (ANS) — President Trump’s Special Envoy to the Middle East, Jason Greenblatt, addressed the “Deal of the Century” a month ahead of its release and as the Palestinians actively campaign for international support against the peace deal.

According to the Behold Israel ministry, the Palestinian Authority (PA) confirmed the White House had recently been in touch to begin talks ahead of the deal’s publication, as confirmed by Palestinian Foreign Minister Riyad al-Maliki over the weekend.

The deal, which will likely be released in mid-June following Ramadan and Israel’s Shavuot celebrations, has been consistently undermined by the Palestinian Authority who are actively boycotting the United States and Israel. 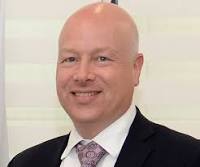 Addressing the Palestinians, Greenblatt stated recently during a Fox News interview, “It’s terribly frustrating for ordinary Palestinians. I meet with them frequently, and this is the message they tell me. They understand they may not like aspects of the plan, but are upset that their leaders are saying they won’t even take a look at it. I feel terrible for the Palestinian people.”

Meanwhile, Israel on Sunday reopened its border crossings into the Gaza Strip following the recent flare-up which killed four Israelis and 25 Palestinians. Humanitarian aid will be permitted to cross both the Erez and Kerem Shalom crossings under an Egyptian negotiated ceasefire.

Also, a delegation from Qatar reportedly transferred $30 million to assist in reconstruction in the Strip following Israeli strikes on terror targets in retaliation for the over 700 missiles fired at Israel.

Qatar pledged a total of $480 million as the Palestinian Authority continues to deny its tax returns from Israel, as well as aid from the United States.

In February, the PA announced it would not accept tax revenues collected by Israel after it deducted funds paid by the PA for its ongoing terror salaries.

Under recent Israeli legislature, Israel now deducts the amount paid to “martyrs” and their families, alongside water, energy and medical services costs. The PA also declined US aid due to the new Anti-Terrorism Clarification Act (ATCA) that went into effect in March.

The law was passed by the US Congress and Senate to combat the funding of terrorism in countries receiving aid from the United States and allows for legal action if funds are used for terrorism.

The PA, which is on the verge of economic collapse, has used the situation to gain support, mainly from regional states, and the Arab League.