Top Posts
Colorado football coach Sanders’ unabashed faith
There’s A Light That Enters Houses With No...
Knowing the One Who Always Keeps His Word
Pregnancy Resource Centers Fight For Life Amidst Opposition
This World is Not Our Home
Lessons Learned From a Gingerbread House
Let There Be Peace on Earth
‘I Wanna Dance’ movie: Whitney Houston’s success and...
Fact Finding, Sight Seeing, and Prayer Walking
Kidney donation led to 8 life-saving surgeries
Home Tags Posts tagged with "Mike Pence" 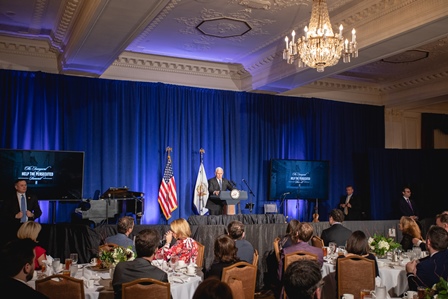 WASHINGTON, DC (ANS) — Speaking at the first ever Help The Persecuted Summit in Washington, D.C. on Friday, March 15, US Vice President Mike Pence highlighted the vital importance of standing with Christians in the Middle East, and beyond, who are suffering for their faith.

He added: “In more than 100 countries, from Iran to Eritrea, over 245 million Christians confront intimidation, imprisonment, forced conversion, abuse, assault or worse simply for holding onto the truths of the gospel. In Iraq, we see monasteries demolished, priests and monks beheaded, and the 2-millennia-old Christian tradition in Mosul clinging for survival. In Syria, we see ancient communities burned to the ground and believers tortured for confessing the name of Christ. It’s heart-breaking to think that the Christian population in Syria has been cut in half in just the past six years, and many of those who remain have been displaced from their ancient homes. In Iraq, the followers of Christ have fallen by 80 percent in the past decade and a half.”

The Vice President went on to highlight the impact of the ministry of Help The Persecuted, which is helping many of these believers who are now returning to their communities in the Middle East, having been driven from their homes by ISIS: “We couldn’t be more grateful for the heroic efforts of the men and women who work with, and invest in, this organization, because Help The Persecuted, each and every day, puts hands and feet on our faith. You provide physical and spiritual support to those who are literally standing outside the gates because of their faith and who they are.”

Help The Persecuted has supported over 30,000 Christians since 2011. Their President, Joshua Youssef, said he was deeply humbled to have Vice President Pence join them for this significant gathering: “It was one of those pinch yourself moments to have Vice President Pence address our Inaugural Summit. From the very beginning of this administration, the Vice President has been a passionate champion for the cause of the persecuted Church and for religious freedom around the world. To have him get behind our organization was very humbling, and I just feel honored.”

During the weekend-long Inaugural Help The Persecuted Summit, worship was led by Keith and Kristyn Getty, who commented: “We were very honoured to lead worship this weekend with Help the Persecuted and Vice President Pence. Hearing how our brothers and sisters are persevering in spite of persecution is something every believer needs to hear.”  Guests also heard first-hand accounts from the ministry’s field staff serving on the frontlines as well as Christians from across the Middle East. 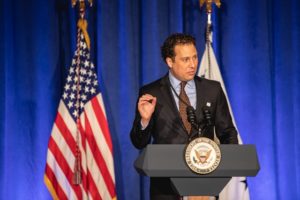 Help The Persecuted President Joshua Youssef believes many who attended the Summit had their eyes opened to what was really going on in this difficult region and were deeply moved: “We heard the remarkable story of how our ministry is not only helping persecuted Christians to return to their homes in Iraq, but also supporting them as they reach out in mercy and love to the widows of ISIS fighters – the men who had quite literally destroyed their homes and forced them to flee. These once persecuted Christian families are now giving out food baskets and the Gospel of Jesus Christ and they tell us that the ISIS widows only wish that their husbands were with them to hear the good news!”

Joshua concluded by sharing plans to increase the impact of the ministry in the coming year: “Our vision is to help an additional 10,000 persecuted Christians with practical and spiritual needs by the end of this year. This will include the expansion of our work in Syria, helping the many Christians in Pakistan who are facing blasphemy trials, as well as expanding our ministry centers and the network of safe houses for families whose lives are under threat.”