Top Posts
Knowing the One Who Always Keeps His Word
Pregnancy Resource Centers Fight For Life Amidst Opposition
This World is Not Our Home
Lessons Learned From a Gingerbread House
Let There Be Peace on Earth
‘I Wanna Dance’ movie: Whitney Houston’s success and...
Fact Finding, Sight Seeing, and Prayer Walking
Kidney donation led to 8 life-saving surgeries
The Power of Curiosity
When Love Came Down at Christmas
Home Tags Posts tagged with "militant Fulani" 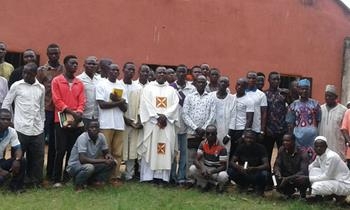 According to a press release written by Murcadha O Flaherty and John Pontifex of Aid to the Church in Need (www. acnuk.org) -also known as ACN – Father-of-three Yohanna Stephen and Dakare Martins, who has one child, were shot dead in Asso village, Kaduna State, with militant Fulani accused of carrying out the murders. 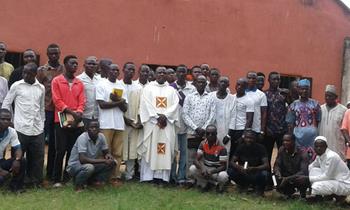 ACN referred to the killing of the two married men, both in their mid 20s, which took place last Thursday (5th April), a week after the murder of four men and two women in another part of Kaduna state – an attack which was also blamed on the Fulani extremists.

In an interview with ACN, the Catholic charity which works for persecuted and other suffering Christians, Asso parish priest Father Alexander Yeyock stated: “The sad implication of [these attacks] is mass murder for Christians in the northern part of Nigeria, especially the north-east and middle-belt regions.”

ACN quoted Father Yeyock as saying that extremists in Nigeria were pushing for “an Islamic state and Shari‘a rule”.

“The attack has two dimensions. The first is to Islamise the Christian community. It is a jihadist crusade in a subtle manner.” Father Yeyock told ACN.

“The second dimension is that the Fulani herdsmen want to confiscate our arable land for grazing purposes.” [Fulani militants] are a masqueraded Boko Haram [Islamist terror group] in disguise.”

The charity said that Father Yeyock stated Asso villagers’ safety concerns increased after soldiers defending the majority-Christian community were arrested after firing on the attackers and were replaced with troops, a number of whom are feared to be Fulani militants.

It went on to quote the Catholic priest as saying:  “…With the awareness of what happened to the previous soldiers, the high concentrated number of [new soldiers] have increased the tension in Asso community which is predominantly a Christian community.”

ACN said Father Yeyock while stressing how the Asso attack had sparked widespread fear in the local Christian community said that the community’s inhabitants find it difficult to go to their farms, and farming is the main occupation of the people.

“Once it is 6pm, everyone begins to get jittery for fear of the unknown.” ACN quoted Father Yeyock as saying.

The attack in Asso last Thursday took place amid concerns that militant Fulanis could travel to the region and wreak havoc after new laws in a State south of Kaduna dealt a severe blow to their cattle-grazing livelihood. 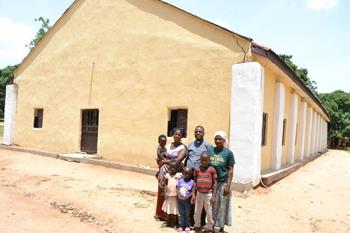 ACN said that speaking at the funeral of victims of the violence, Benue State governor Sam Ortom described how Fulani extremists “went on the rampage wielding machetes”, in an attack where 72 Christian farmers were killed on New Year’s Day 2018.

About a week later, 55 people in Taraba State’s Lau district were killed and again militant Fulani were implicated in the attack. , said ACN’s release.

ACN said that Father Yeyock in his interview to the chiarty accused local government of fuelling the attacks by not prosecuting offenders.

The charity said Garba Sarkin-Noma, Kaduna State federal representative for Jema and Sanga referred to the violence in Asso in his talk to the local media.

Garba Sarkin-Noma told the local media: “That these attacks are being perpetrated in the absence of any provocation despite the presence of security personnel within the vicinity is an affirmation that a silent war has been declared on our communities by agents of darkness.”

He [Garba Sarkin-Noma ]called for an effective response from the government as well as the military to “expose and punish the perpetrators of these heinous crimes”., said ACN.

In an ACN interview in February, Archbishop Matthew Man-Oso Ndagoso of Kaduna stated that the Fulani militants were now armed with modern weapons and that they had become radicalised, adding that “powerful forces with connections to terrorist organisations such as Daesh (ISIS) and Al-Qaeda are behind groups such as these”.

International reports have noted that the umbrella body for Nigerian Muslims dissociate themselves from Boko Haram condemning their attacks as “barbaric”,  said ACN.

Founded in 1947 by Fr Werenfried van Straaten, whom Pope St John Paul II named “An outstanding Apostle of Charity,” the organisation is now at work in 140 countries throughout the world.

About the writer: Sheraz Khan, Africa Correspondent for the ASSIST News Service, is a Pakistani-British journalist. He lives in Scotland and can be contacted by e-mail: