Top Posts
Colorado football coach Sanders’ unabashed faith
There’s A Light That Enters Houses With No...
Knowing the One Who Always Keeps His Word
Pregnancy Resource Centers Fight For Life Amidst Opposition
This World is Not Our Home
Lessons Learned From a Gingerbread House
Let There Be Peace on Earth
‘I Wanna Dance’ movie: Whitney Houston’s success and...
Fact Finding, Sight Seeing, and Prayer Walking
Kidney donation led to 8 life-saving surgeries
Home Tags Posts tagged with "Ministry" 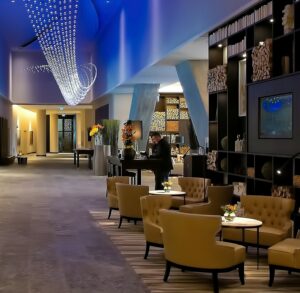 People in waiting rooms are often open for prayer and conversation

An 84-year-old man attended a Bible Storying // Orality Training Workshop.  He was interested in becoming more effective at sharing his faith.  This man had been a believer since his teenage years, and a Sunday School teacher for more than 60 years.  After the training he said, “I wish somebody would have taught me this 70 years ago.”

This type of training involves learning to tell true stories from the Word of God and asking questions that bring out many important spiritual truths and applications.  The focus is on learning a little, practicing a lot, implementing immediately, and telling the stories.  It’s better to know a little that we share a lot, than to know a lot that we keep to ourselves.  We should keep the faith, just not keep it to ourselves.  The Orality Training equips people to do just that.  Another feature of the training is focused on insuring that the message and methods are biblical, understandable, and reproducible.

One of the stories that participants learn is the story of Nicodemus, from John chapter 3. The 84-year-old man had a doctor’s appointment and had determined ahead of time that he would look for an opportunity to tell the story and share his faith.  In the doctor’s office there was a woman he was able to engage in conversation.  He asked the woman if he could tell her a story he had recently learned.  She said yes.  He begins to introduce the story by telling her that it’s about being born again.  Before he could get into the story, the woman stopped him and said, “Wait a minute, I need to be born again.” So, the man briefly shared the gospel and invited her to pray with him.  She confessed her faith in Christ and invited Him to come into her life. 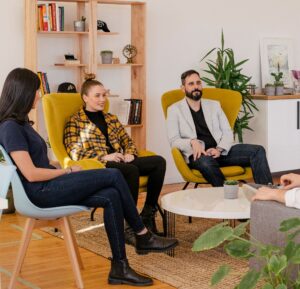 A Step of Faith

Sometimes, when we step out in faith and engage people in spiritual conversations, we find that God has already prepared their hearts.  As we pray and ask God for those opportunities, we can fully expect He will answer those prayers.  I’m often amazed and surprised to see how the Lord orchestrates those connections for His Kingdom purposes. A key factor is simply asking, believing, stepping out in faith, and acting on what we believe is the Spirit’s leading.

The man later said, “I didn’t even get to tell the story.”  Well, that experience illustrates how the Holy Spirit is creative and unlimited in the ways He can use us to have a spiritual impact on others.  It’s also a good reminder that when we have a desire to be used of God, He will make a way to fulfil that desire.  Our ability is not as important as our availability.  When we are available to the Lord and trusting Him, He will often work in unexpected ways. 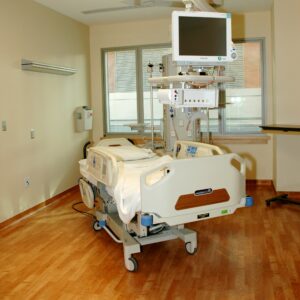 Hospital beds can become platforms for witness and ministry

When I think of never too late to share our faith, I’m reminded of a very dear friend who passed away a few years ago.  During a series of hospital stays, he was able to share the gospel and pray with a good number of nurses, aides, and others.  Several were open to the Lord and confessed Christ as my friend shared with them from his hospital bed.  Another friend has a ministry of equipping and encouraging people to Finish Well.  He likes to say we are not done until we’re dead, and if we have a pulse, we have a purpose.

A Living Water International volunteer told the story of the Woman at the Well, from John chapter 4 to a group of workers at a water project in Central America.  After telling the story, he asked a series of questions about the story and about the Living Water that Jesus was talking about.  Some of those questions included: 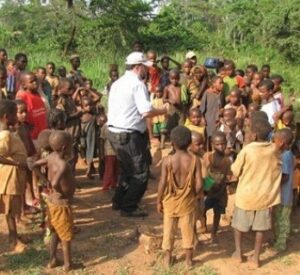 Water wells are places to share the Living Water of Jesus

Of the 5 workers at the water project, one was a believer.  The others obviously had prepared hearts, responded positively, and all received the Living Water of Jesus.  The workers learned the story and continued telling it in their community.  A few weeks later we received the report that 13 families had come to Christ through hearing the story and responding to the good news of Jesus.  Telling stories and asking questions is a simple way God is using that is transforming lives and communities.

Relational Storytelling is a method that has produced much fruit.  The idea is to engage in conversation and ask someone a question like “What is your story?”  Or “What has been some defining moments in your life?” Other similar questions will work.  Then listen, and often people will ask something like, “What about you, what is your story?”  That often opens the door to share your testimony, to tell your story and God’s story.