Top Posts
Knowing the One Who Always Keeps His Word
Pregnancy Resource Centers Fight For Life Amidst Opposition
This World is Not Our Home
Lessons Learned From a Gingerbread House
Let There Be Peace on Earth
‘I Wanna Dance’ movie: Whitney Houston’s success and...
Fact Finding, Sight Seeing, and Prayer Walking
Kidney donation led to 8 life-saving surgeries
The Power of Curiosity
When Love Came Down at Christmas
Home Tags Posts tagged with "Mission NetworkNews"

BYRON CENTER, MICHIGAN (ANS) — As we recognize National PTSD Awareness Month this June, Warriors Set Free, a program of Set Free Ministries, is an outreach by veterans helping other veterans heal from their PTSD.

Christian veterans are reaching out and recognizing that the trauma they and their comrades experienced can only be fully healed in the arms of a Savior, according to Lyndsey Koh, writing for Mission Network News www.mnnonline.org 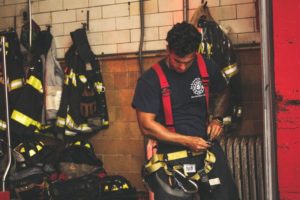 Steve Prince, director of Warriors Set Free and a vet himself, says, “The number that’s thrown around a lot is 22 veteran suicides a day, which is true. There are other numbers thrown around. But with the tools we have through the Gospel [and] through the Freedom Appointments, we wanted to make a focused effort on finding veterans to directly minister to veterans.”

Mission Network News says Warriors Set Free launched five years ago and Prince came on as the inaugural director. Since then, the program has expanded to serve an ever-growing need among vets.

“The biggest thing is listening to their story and just trying to pick up a disconnect with them talking about what happened — whether it was in combat, or in the military,” says Prince. “A lot of veterans we’re finding experienced trauma before they joined the military. So we’ll even go back and help them unpack some of that pain.”

Vets often struggle with internal lies related to their experiences and trauma in the military. Prince helps the men and women he works with address these lies and replace them with Christ’s truth.

“Jesus, of course, is the way, the truth, and the life. Satan is the father of lies. Satan wants us to believe that things were our fault that weren’t our fault. He wants us to feel guilt, feel shame, feel anger, feel regret. Then we at Set Free specifically introduce a lot of people to spiritual warfare [and] taking every thought captive. The techniques are pretty similar, regardless of what they’ve been through.”

Mission Network News reports a lot of servicemen and women are also dealing with addictions developed as a way to cope with the pain and trauma — drug abuse, alcoholism, pornography addiction, self-harm.

Warriors Set Free wants to see vets find freedom from these addictions that keep them enslaved and isolated.

“A lot of the vets are forced to cover over sin — not only sin done to them, you know, a lot of evil done to them, but also evil they participated in and under. When they try to cover that over and hide it, secrets make you sick. So what we want to see is healthy vets helping hurting vets,” says Prince.

He references Luke 4:18 as a scriptural handhold for vets: “The Spirit of the Lord is on me, because he has anointed me to proclaim good news to the poor. He has sent me to proclaim freedom for the prisoners and recovery of sight for the blind, to set the oppressed free.”

“That’s really the mission statement of Jesus in Luke 4:18. So it’s quite simple…. That’s for the vet, and that’s for the first responder. That’s for everyone who is brokenhearted and oppressed and trying to keep secrets in and they’re trying to manage pain. It just doesn’t work. It has to come out,” Prince says.

“If we can get a wounded vet who has been oppressed and hurting and has been medicating with drugs and alcohol, and really the Lord Jesus touches him or her very deeply and sets that captive free, that former captive becomes the next warrior for the next group. We really believe that and that’s what we’re seeing.”

As Prince mentioned, first responders such as police, firefighters, and EMS also deal with similar trauma and struggles. Warriors Set Free sees this need and ministers to first responders as well.

“There’s a concept called the sheepdog concept. Those are the dogs that watch over the sheep and they run towards the fight as opposed to away from it. One of my favorite authors, Lieutenant Colonel Dave Grossman, kind of made that popular.

“A lot of [first responders] see more on their job on a daily basis than a lot of veterans see in a career. So the need is the same. The trauma is the same. It’s just a different field. The techniques fit for both career fields.”

According to the Mission Network News article, another aspect of trauma recovery for vets and first responders is pre-trauma training. Men and women going into these fields are taught how to process trauma before they encounter it.

“It’s very common for veterans [and] servicemen the first time they’re in a firefight to soil themselves. And Colonel Grossman spreads that message. That’s a physical reaction, but [you also] let potential future combat veterans know, ‘These are some of the emotions you’re going to experience.’”

But even pre-trauma training can’t prevent all trauma. Warriors Set Free mentors prepare veterans they work with to wrestle with various reactions as they process what they’ve been through.

“Survivor’s guilt is probably the biggest one. Regret, going back and replaying those activities over and over again in your mind, and taking responsibility for things that were outside of your control. So [we are] letting them know these are the typical things we see, so if you start to walk down those paths, either notice it and fix it or seek help at that point to be able to talk through those things.”

As veterans help other veterans and first responders find healing through Warriors Set Free, they also need support themselves. This is where the Body of Christ is so critically important.

When asked what they need most, Dean Vander Mey with Set Free Ministries responds without missing a beat. “Prayer. We’re on the frontlines every day so we need a lot of prayer.”

Vander Mey says they also need funds. “We’re equipped, we’re specialized, we have a large ministry of 3,500 square feet here, [and] we have nine paid staff. So donations would certainly help because we do all of this for free. We do not charge anyone ever. Some of these cases take long hours, and they take many, many man hours, and we’re not going to charge them for it. So donors can actually pay it forward to help us help them.”

Finally, Prince asks believers to look out for the veterans in their lives. “A lot of veterans won’t ask for help until they find themselves stuck. We’re taught to handle things on our own. We see asking for help as a weakness. So [be] encouraging them to reach out.”

Click here http://www.theroadmap.org/mens-events to register for one of The Heroes Return events with Warriors Set Free!

The author of this story, Michael Ireland, is a self-supported media missionary with ANS. Click here to support him as a missionary journalist.
June 24, 2019
FacebookTwitterPinterestEmail