Top Posts
There’s A Light That Enters Houses With No...
Knowing the One Who Always Keeps His Word
Pregnancy Resource Centers Fight For Life Amidst Opposition
This World is Not Our Home
Lessons Learned From a Gingerbread House
Let There Be Peace on Earth
‘I Wanna Dance’ movie: Whitney Houston’s success and...
Fact Finding, Sight Seeing, and Prayer Walking
Kidney donation led to 8 life-saving surgeries
The Power of Curiosity
Home Tags Posts tagged with "Mosul Christmas Mass hailed a ‘victory over IS’ as Sunni youth install giant Christmas tree" 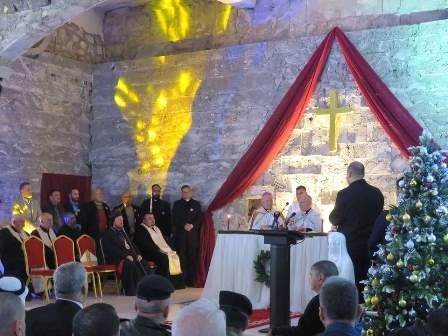 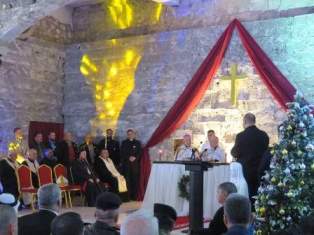 MOSUL, IRAQ (ANS – January 5, 2018) — The celebration of a Christmas Eve Mass in Mosul after the city’s devastating three-year occupation by Islamic State (IS), also known as ISIS, marked “a kind of victory” over the extremists, a church leader there has said.

And the installation of a number of large Christmas trees around the city was unprecedented, said the leader, who cannot be named for security reasons.

According to World Watch Monitor (https://www.worldwatchmonitor.org/), the Chaldean Catholic Patriarch Louis Sako traveled from Baghdad to preside at the Mass at Mar Paulos church in the suburb of Al-Mundshen. It was the first Mass said in the city since Christians were expelled from the city by Islamic State jihadists in the summer of 2014.

Around 2,000 people attended the Mass, some travelling from displacement camps in Erbil to where many of Mosul’s Christians fled more than three years ago. Muslim representatives also attended the service, which took place amid tight security. 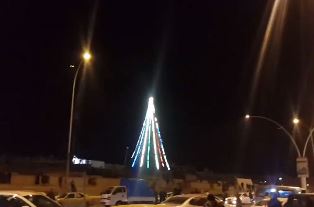 World Watch Monitor went on to say that since the military defeat of IS, church leaders have sought to stress to their Muslim neighbors that they are committed to returning and living peacefully together. The Churches also want to emphasize that the Christian presence is returning to Mosul, to show the city’s displaced Christians that it is safe to return, and to persuade them not to emigrate. Observers have estimated that if rates of emigration seen during IS’s occupation had continued, the Church in Iraq would have ceased to exist in a matter of years.

According to the Catholic charity, Aid to the Church in Need, the Mass was able to proceed only because a group of young Muslims stepped in to help clean up the church and prepare it for the celebration, including erecting the cross. Churches in areas IS occupied have been desecrated and damaged to varying degrees, and the city’s other churches are not yet fit for use.

“What happened this Christmas in Mosul never happened [even] before IS,” a church leader told World Watch Monitor. “Even under Saddam Hussein, people in Mosul were more conservative, they didn’t like signs of celebrating Christmas.”

She said the openness among residents to public signs of Christmas might be the result of Sunni relieved to be out from the control of IS, or Shia forces who are maintaining order there wanting to show they are not like the group, or from Christian leaders wanting to give hope to their congregations after what they have suffered. 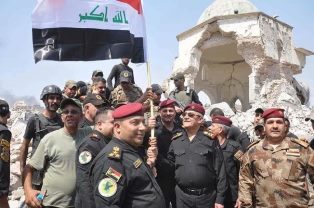 Some Christians have voiced fears that Mosul’s occupation by IS would leave the city’s inhabitants permanently radicalized. But the church leader said some residents have tried to distance themselves from the group’s ideology.

“Mosul people who were really upset by IS wanted to do some things to show they are not like IS,” she said.

The largest Christmas tree erected in the city center, she said, “was put up by Sunni young people organized by the Mosul municipal government, while other Christians and Muslims had together put up other trees in the grounds of the city’s university.

“Change is starting; this is the first step,” wrote Fr. Martin Banni, a Chaldean priest from the surrounding Nineveh Plains region, in a message on Facebook. “No one expected Mosul would celebrate Christmas in this way.”

Photo captions: 1) The Christmas Eve Mass was the first Mass celebrated in Mosul since the summer of 2014. (Photo: Aid to the Church in Need). 2) The large Christmas tree in Mosul. (Screenshot). 3) Iraqi generals celebrate the Mosul victory at the Al-Nouri-mosque. 4) Dan Wooding reporting from outside the Kurdistan Parliament in Erbil, Northern Iraq.