Top Posts
Knowing the One Who Always Keeps His Word
Pregnancy Resource Centers Fight For Life Amidst Opposition
This World is Not Our Home
Lessons Learned From a Gingerbread House
Let There Be Peace on Earth
‘I Wanna Dance’ movie: Whitney Houston’s success and...
Fact Finding, Sight Seeing, and Prayer Walking
Kidney donation led to 8 life-saving surgeries
The Power of Curiosity
When Love Came Down at Christmas
Home Tags Posts tagged with "Museum of The Bible Unveils AllNew Content: ‘Winter Olympics and the Bible’"

Museum of The Bible Unveils AllNew Content: ‘Winter Olympics and the Bible’ 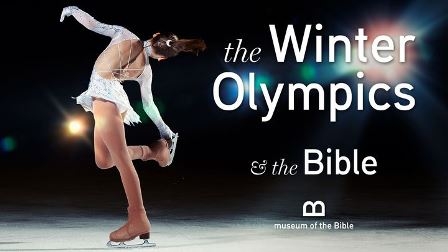 WASHINGTON, DC (ANS – January 30, 2018) — Museum of the Bible is helping usher in the 2018 Winter Olympic Games in Pyeongchang, South Korea by inviting fans to learn about how the Bible — the best-selling, most influential book in history — has impacted the games and the athletes who compete in them.

“The Winter Olympics and the Bible” is a 10-day YouVersion Bible Plan available through the YouVersion Bible App, the official Bible app for Museum of the Bible, on any smartphone, tablet or computer. This new plan invites people to explore “the Bible’s role in the lives of winter Olympians such as Kelly Clark, Shane Doan, Nick Geopper, Lolo Jones and Elana Meyers-Taylor.”

According to a news release from The Kairos Company (http://www.thekcompany.co/), Museum of the Bible’s complete slate of Olympics-themed programming will be available on the following mediums and platforms: 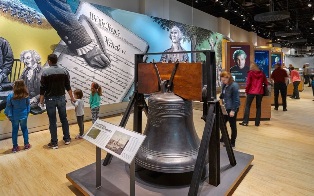 “Two years ago, before Museum of the Bible had even opened its doors to the public in Washington, D.C., we published our first Olympic-themed content for the Rio de Janeiro Summer Olympics in 2016,” says Museum of the Bible Director of Communications Jeremy Burton.

“We experienced such a tremendous response from sports fans, as well as fans of the Bible who had never thought about how the book of books had impacted the athletes that compete in the Olympic Games. We wanted to revisit a similar approach for Pyeongchang 2018 because content like this adds a completely new dimension to this global event.”

Many visitors have already toured Museum of the Bible since the doors opened to the public in November 2017. Timed tickets to the 430,000-square-foot, state-of-the-art Museum of the Bible are available for guests for both general admission and group reservations. Tickets are required for entry, are limited, and are available at: https://www.museumofthebible.org/tickets

About Museum of the Bible

Museum of the Bible is an innovative, global, educational institution whose purpose is to invite all people to engage with the Bible. Making its grand opening to the public in November 2017, Museum of the Bible’s 430,000-square-foot building is located just three blocks from the U.S. Capitol in Washington, D.C. Museum of the Bible aims to be among the most technologically advanced and engaging museums in the world. 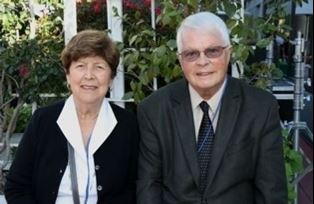