Top Posts
Knowing the One Who Always Keeps His Word
Pregnancy Resource Centers Fight For Life Amidst Opposition
This World is Not Our Home
Lessons Learned From a Gingerbread House
Let There Be Peace on Earth
‘I Wanna Dance’ movie: Whitney Houston’s success and...
Fact Finding, Sight Seeing, and Prayer Walking
Kidney donation led to 8 life-saving surgeries
The Power of Curiosity
When Love Came Down at Christmas
Home Tags Posts tagged with "Muslim Ministry"

BEIRUT, LEBANON (ANS) – Horizons International (www.horizonsinternational.org) media team in Beirut has produced a powerful series of testimonies by 13 women who have come to Christ, mostly through its ministry in Lebanon.

This 13-episode series will be widely promoted via social media, and the ministry has also secured a contract to broadcast it on a well-known Christian Arabic TV channel. 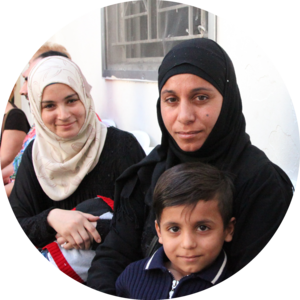 Horizons Interational is featuring the testimonies of Muslim women

“Potentially millions of Muslims will watch these women tell their testimonies of God’s work in their lives. My role is to record a three-minute gospel message for the end of each episode,” said Georges Houssney, President, Horizons International, in a ministry update.

Houssney said he has sequestered himself in his little apartment above Beirut, working day and night, writing these messages.

“Each story is different, and therefore I need to come up with a message that suits each story, and leads directly to the gospel in a new and fresh way,” he said.

“The stories of millions of women are represented by these 13 women. One common thread among them is dissatisfaction in Islam and the Islamic culture in which they were raised. Whether having experienced abuse by parents or husbands, or fear of God’s judgement, or involvement in the occult, many of these women met Jesus in Beirut after being forced out of their towns and homes due to the war in Syria.”

Houssney added: “As refugees in Lebanon, they came in contact with our staff or attended our meetings, or came in order to benefit from food portions and other services we provide.

“Each of them came face to face with Jesus, and his love compelled them to surrender to him. What a deep sadness to listen to these real stories that are typical to many Muslim women, and yet what a great joy to see each of these dark stories turn to light as we hear how Christ transformed their lives!”

“This is our fourth annual banquet that brings together, in one room, pastors from all evangelical denominations in Lebanon. We are expecting the largest turn out this year due to several factors. More churches are joining our partnership network.”

During the event Horizons will  honor the incoming Parliament member, who is the only Evangelical voice in the 128-member parliament. “He is a born-again pastor of a solid church in Lebanon and I have known him for over 40 years. We are honored he accepted to attend,” Houssney said.

The ministry is also honoring two men who are passing or receiving the torch for the highest evangelical office in Lebanon.

Houssney explained: “All evangelicals are governed by the Evangelical Supreme Council of Syria and Lebanon that handles all legal work with the government including registering churches, approving ordinations, marriages, and more.

“At this banquet we have the privilege to honor Pastor Salim Sahyouni, who has for over 30 years served as the President of the Supreme Council, and has now passed the job on to his successor, while retaining the title of Honorary President.

“We also have the privilege of congratulating Pastor Josef Kassab, the new President of the Supreme Council, who was voted into office in January of this year. He is also the Secretary General of the National Evangelical Synod of Syria and Lebanon.

“It is an amazing honor for Horizons to have these top three Evangelical leaders of in Lebanon at our banquet, and to honor them in the presence of pastors from most evangelical churches in Lebanon.”

After showing a short documentary Horizons is producing, with interviews of several key pastors, Houssney will be giving a talk about the need for the Church to take advantage of the open doors and begin to send workers into the harvest field into remote parts of Middle East and North Africa.