Top Posts
Knowing the One Who Always Keeps His Word
Pregnancy Resource Centers Fight For Life Amidst Opposition
This World is Not Our Home
Lessons Learned From a Gingerbread House
Let There Be Peace on Earth
‘I Wanna Dance’ movie: Whitney Houston’s success and...
Fact Finding, Sight Seeing, and Prayer Walking
Kidney donation led to 8 life-saving surgeries
The Power of Curiosity
When Love Came Down at Christmas
Home Tags Posts tagged with "My Love" 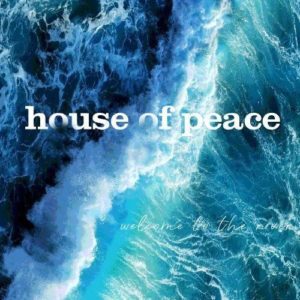 (Nashville, TN.)  Florida-based band, House of Peace is pleased to debut the new video, “My Love,” from their latest album project, Welcome to the River. The video will premiere exclusively on the Vevo video channel.

The video’s ocean theme uses great visualizations of God’s love through reflection and contemplation. House of Peace has been known for their artistic love of the ocean throughout all of their work, and use imagery to communicate a worshipful message.

“‘My Love’ was the first song I produced for the album. Once I completed the song, I was excited about producing the rest of the album. We really have a unique sound that will reach those outside of the church walls,” said David Liscum, the band’s leading member.

The video was filmed close to his home, near Deerfield Beach, Florida and it captures the ocean’s beauty in a black and white format.

Liscum said the music brings forth an atmosphere of worship, but carries with it an ethereal sound. “My Love” is filled with cinematic violins and cellos, pads and guitars.

House of Peace released Welcome to the River late last year. The band plans to release a video or lyric video for every song on the album through 2021. “My Love” is House of Peace’s latest installment in the line-up of videos that will be released.

“God finds us first, forgives our sins and we develop a relationship with God. I want to express the love and how that feels when he forgives our sins. knowing I found the One that lives, who made me new, and who is ‘My Love,’” Liscum said.

“We also wanted to create something not just for believers, but for those searching for who God is. We have licensed the song for film and TV in secular and Christian formats and hope that it continues to be used in places where God can reach people,” he said.

The album is now available, digitally and on streaming outlets, globally, on Apple Music, iTunes, Spotify, Google Play and more.