Top Posts
Knowing the One Who Always Keeps His Word
Pregnancy Resource Centers Fight For Life Amidst Opposition
This World is Not Our Home
Lessons Learned From a Gingerbread House
Let There Be Peace on Earth
‘I Wanna Dance’ movie: Whitney Houston’s success and...
Fact Finding, Sight Seeing, and Prayer Walking
Kidney donation led to 8 life-saving surgeries
The Power of Curiosity
When Love Came Down at Christmas
Home Tags Posts tagged with "Nakuru Kenya Crusade"

NAKURU, KENYA (ANS) — For the first time in 20 years, Christ For All Nations (CFAN) is going back to Nakuru, Kenya for a Gospel Crusade.

On August 8-11, the team will be working with pastors, leaders, and volunteers as Evangelist Daniel Kolenda preaches the Gospel for the four-day crusade.

Many times, people are curious about what happens in the lives of those who attend a Gospel crusade once it concludes.

One such story is that of Michael Wanjiria — ‘The Man Who Ran Away!’ 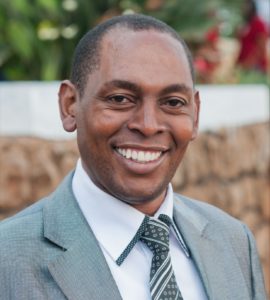 Michael Wanjiria – the Man Who Ran Away

In 1988 Michael Wanjiria attended college and at the time, was not yet a Christian.

At 15, he had stopped going to church, although he grew up in a Christian family.

While in college, he and fellow students heard about this “muzungu” (white man) who came to preach in Uhuru park.

“We heard that people were healed and miracles occurred. But the students on campus argued about the reports. Some insisted that the man was lying. Others argued that the miracles were really happening. So, I decided to go see for myself,” he told CFAN.

Michael patiently listened as Evangelist Reinhard Bonnke preached and said that people should get prepared. Many miracles were about to happen. Many would have a divine visitation. The power of God would come upon people and some would shake as something extraordinary would go through their bodies.

Michael didn’t expect anything but said, “I raised my hands and closed my eyes. Suddenly I felt something very cold, like icy water pouring through my body. I began to shake and tremble. I did not know what was happening. Shortly after that I ran away, quickly leaving the meeting. That feeling inside of me; however, continued for a number of days. I started to feel an inner conviction that I should be saved. But I resisted that conviction and had no peace.

“As time went on, I knew I had to be born again. I started by serving and helping in the church any way I could. I began by sweeping the church I attended early in the morning. After some time, the senior pastor gave me the position of church evangelist, as well as helping him with his work. “

In 1998, Michael started an outreach ministry with an old car and speakers someone gave him. “I would stand by the side of the road in the slum areas and preach. I started a church on the outskirts of Nairobi where I now pastor,” he said.

While Michael experienced the power of God at the crusade, it wasn’t until later he followed the conviction in his heart to be saved. That day at the crusade was the beginning of Michael’s relationship with God.

Michael told CFAN, “I continually thank God for that day. My encounter on that campaign field taught me a very important lesson. If I go out and minister, and people do not respond immediately, I do not get angry or frustrated. I know from my own experience that I have planted a seed, and I am confident it will germinate over time. Even though I did not go forward to get saved in that first moment, a seed was planted inside of me. It grew in my heart, pushing and moving me until eventually I gave my life to Christ. That is something that can encourage every preacher and evangelist.”

This is but one of countless stories of lives that have been forever changed by the preaching of the Gospel, during (or just after) one of CFAN’s crusades.

The author of this story, Michael Ireland, is a self-supported media missionary with ANS. Click here to support him as a missionary journalist.
June 15, 2019
FacebookTwitterPinterestEmail