Top Posts
Colorado football coach Sanders’ unabashed faith
There’s A Light That Enters Houses With No...
Knowing the One Who Always Keeps His Word
Pregnancy Resource Centers Fight For Life Amidst Opposition
This World is Not Our Home
Lessons Learned From a Gingerbread House
Let There Be Peace on Earth
‘I Wanna Dance’ movie: Whitney Houston’s success and...
Fact Finding, Sight Seeing, and Prayer Walking
Kidney donation led to 8 life-saving surgeries
Home Tags Posts tagged with "near death experience heaven"

At a summer swim party with her youth group after church, the unthinkable happened to Steffani Besch. A young 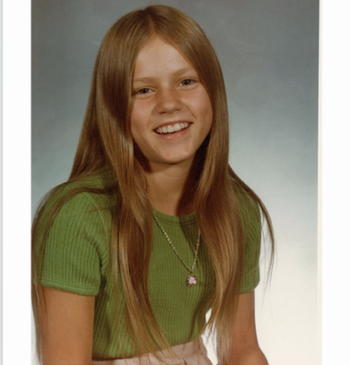 prankster gave her a shove as she stood next to the pool, she hit her head on the edge, lost consciousness, and spent 30 minutes at the bottom of the pool.

At the time, Steffani, 13, lived with her family in Dodge City, Kansas. “Dad had just taken a new job in Longmont Colorado, so he told us the night before this happened that we were moving in two weeks, so that’s how the swimming party came about,” she recounts.

After the service, eight members of her youth group drove from Dodge City to Jetmore because their local pool was closed for maintenance.

It was a hot summer day and the pool was overly crowded. Someone let in more people than the legal limit and overloaded the chlorine, so the water appeared cloudy.

There was a frenzy of splashing and activity, with many kids playing tag and other games. Steffani and her friend Tami swam toward the deep end.

After a time, the lifeguards blew a whistle for a 10-minute break and everyone got out of the water. Following the break Steffani and Tami stood next to the edge of the pool and were talking. They didn’t notice their friend Tad sneak up behind them with mischief in his eyes.

He pushed both girls into the water. Tami went out far enough to clear the edge, but Steffani’s head snapped back and hit the cement.

“It knocked me out, but nobody saw. The next thing I’m in the bottom of the pool.”

She didn’t even let out a scream! Amidst the jam-packed frenzy of kids swimming, nobody noticed her body drifting toward the bottom.

When Tami got out she looked for Steffani and saw her underwater, but thought she was swimming to the other side. “She waited and waited and when I didn’t come back, then she couldn’t see me anymore. She didn’t know where I went.”

She checked with other kids in the youth group. Finally she had a feeling something wasn’t right. She went to the female lifeguard on duty at the time.

“I can’t find my friend and I’m afraid!” she cried out.

Incredibly, the lifeguard dismissed her. “If somebody needed help I would have seen it,” the lifeguard said brusquely. “You need to go and search for her.”

Tami went to the other kids in the youth group and shared her mounting alarm.

The pool drain was so strong it pulled Steffani to the bottom and held her fast to its grate. “Kids were playing tag and stuff so it looked like somebody was swimming on the very bottom of the pool. Nobody paid attention.”

But the clock was ticking. Time is critical when a person is knocked unconscious and stops breathing. According to medical professionals, permanent brain damage begins after only four minutes without oxygen, and death can occur as soon as four to six minutes later.

One of the pastors’ daughters, Laurie, yelled Steffani’s name and nobody answered.

The youth group broke into teams and began their search for Steffani throughout the sprawling complex. They went around the circumference of the pool, surveyed the baby pool, the concession stand, checked both restrooms, went outside the fenced area, and even checked on the roof because teens sometimes went up there to sunbathe.

Finally Cheri, the other pastor’s daughter, felt led to jump into the deep end. She dove as deeply as she could until it hurt her ears, but she couldn’t make it to the bottom. Without a facemask, her eyes could barely discern the shape of a body underneath her.

Cheri burst up to the surface and cried out, “I think something is down there! I can see something.”