Top Posts
Colorado football coach Sanders’ unabashed faith
There’s A Light That Enters Houses With No...
Knowing the One Who Always Keeps His Word
Pregnancy Resource Centers Fight For Life Amidst Opposition
This World is Not Our Home
Lessons Learned From a Gingerbread House
Let There Be Peace on Earth
‘I Wanna Dance’ movie: Whitney Houston’s success and...
Fact Finding, Sight Seeing, and Prayer Walking
Kidney donation led to 8 life-saving surgeries
Home Tags Posts tagged with "Nigerian violence against Christians"

NASARAWA STATE, NIGERIA (ANS) — Gunmen believed to be Fulani militants, also known as Fulani herdsmen, invaded and attacked a village in the Andaha community of Nasarawa State, killing 16 people including a 100 year old man, and a girl who they raped to death.

Jubilee Campaign said the attack occurred this past Sunday, April 14, 2019. 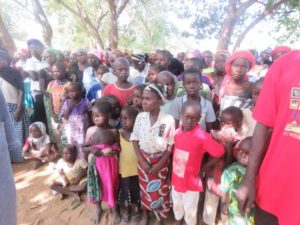 Thousands of villagers have been displaced by continuing violence.

The organization said Fulani militants have killed more than 100 Nigerian Christians since February and 300,000 people have become internally displaced due to the violence since 2017.

In its update, Jubilee Campaign said four years have passed and it continues to witness egregious human right violations by Fulani Militants in Nigeria’s Middle Belt.

“Killings, rapes, kidnappings and the taking of land from Christian communities is among the actions Fulani Militants take to deprive innocent lives of their precious rights,” the ministry said in a recent update.

“No mercy is shown to the poor or the vulnerable, as reports show that infants and the elderly are also victims of such attacks.”

According to The Herald newspaper, www.herald.ng, Philip Gyunka, the senator representing Nasarawa North senatorial District at the National Assembly, confirmed the incident to newsmen in Akwanga, the headquarters of Akwanga Local Government Area. He said the victims, a man, his wife and their son, were killed during the attack.

Gyunka said, “The unfortunate thing is that the victims — the father, mother and their boy-were killed. A pregnant woman was involved in this attack. An aged person, above 100 years, was also involved in the attack. They did not spare women or children and these were the people that didn’t have arms.”

He said he recently moved a motion on the floor of the Senate calling on the Federal Government to establish a military base in Akwanga.

Also confirming the incident, the Paramount ruler of the Mada, HRH Samuel Gamu-Yare, was quoted as saying: “We have 16 deaths while several others were critically injured. The attack on this community occurred within a short period. The militias met people during the naming ceremony and they resorted to sporadic shooting.

“It is quite unfortunate and devastating that a peaceful and law-abiding community like mine, which over decades have never involved in skirmishes either internally or externally, would be attacked by Fulani herdsmen when in a celebratory mood.”

“These attacks are part of an ongoing pattern of violence targeting Christians specifically. The motivation for the herdsmen is no longer just an effort to find grazing land for their cattle. The nature of the violence is abominably cruel, and it must end now,” Jubilee Campaign said.

The violence that Nigerian communities are facing is startling. Amid continuing attacks, Jubilee Campaign is persistently taking up efforts to call for justice against perpetrators and the protection of victimized communities.

Please join us in praying for our brothers and sisters in Nigeria who fear for their lives and the safety of their villages. Please also pray for the Fulani militants, specifically that God may soften their hearts and put an end to this violence.