Top Posts
Colorado football coach Sanders’ unabashed faith
There’s A Light That Enters Houses With No...
Knowing the One Who Always Keeps His Word
Pregnancy Resource Centers Fight For Life Amidst Opposition
This World is Not Our Home
Lessons Learned From a Gingerbread House
Let There Be Peace on Earth
‘I Wanna Dance’ movie: Whitney Houston’s success and...
Fact Finding, Sight Seeing, and Prayer Walking
Kidney donation led to 8 life-saving surgeries
Home Tags Posts tagged with "Nigeria’s New Year begins with attacks on Christians" 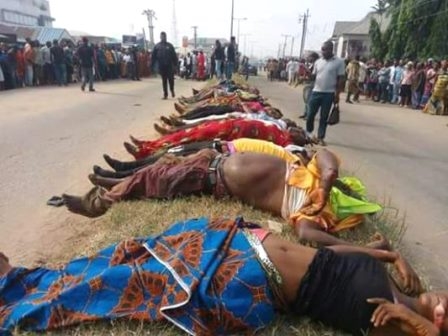 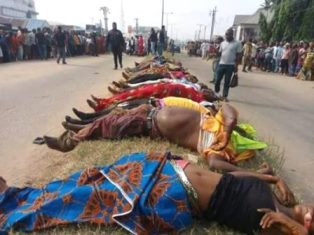 NIGERIA (ANS – January 4, 2018) — In Nigeria, the New Year celebrations were marked by incidents which claimed dozen lives across the country. According to local sources and media, the attacks were carried out by suspected Fulani herdsmen or Muslim youths, who targeted Christian worshippers.

According to World Watch Monitor (www.worldwatchmonitor.org), the attacks affected the volatile Middle Belt states (Benue, Kaduna), epicenter of the deadly attacks by Fulani Herdsmen in recent months, but also some typically peaceful states like Rivers in the predominantly Christian south and Kwara in the east, both usually spared by religiously motivated violence.

Worshippers in four churches in Ilorin, the capital of Kwara state, were attacked by mobs of youths during services on New Year’s Eve.

The Christian Association of Nigeria (CAN) condemned the attack in a statement. The worshippers were attacked at the Christ Apostolic Church, CAC, Oke-Isegun, the Methodist Cathedral and the St. Joseph Catholic Cathedral.

According to CAN, some women returning back home were raped, while others were rescued. The association also said the assailants destroyed buildings, religious articles and vehicles. They also dispossessed some worshippers of their phones, bags and other valuables.

More than 16 killed in Rivers 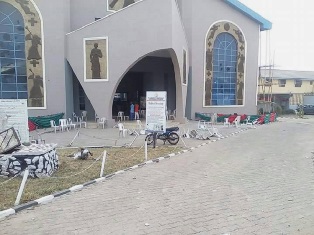 At least 16 people were killed as gunmen opened fire at churchgoers returning from a midnight service on New Year’s Eve in Omuku, in Nigeria’s southern Rivers state. Several others were injured, as World Watch Monitor reported. But according to an NGO on the ground, Stefanos Foundation, the death toll is much higher.

Rivers state is Nigeria’s main oil-producing region and, according to local reports, the incident was linked to growing tensions between rival gangs, who demand a greater share of oil revenues.

At least 50 people lost their lives as suspected Fulani herdsmen invaded five communities in Benue state, on New Year day and in the early hours of December 31. Many others were wounded.

According to The Nigerian Guardian, the assailants, armed with various weapons, attacked a suburb of Ayilanmo and Turan villages in Gambe-tiev Local Government Area, while residents were in church. 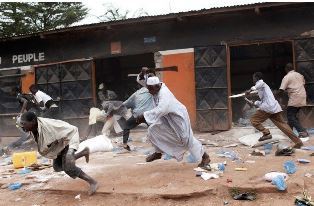 The state governor, Samuel Ortom, who visited the victims on New Year Day, condemned the violence. “What happened, from the report I have received, is far beyond what you have seen here,” the governor said. “So many houses have been burnt. So many people have been killed. Some are still missing. Can you imagine innocent children and women being killed and their private parts removed? People were slaughtered like animals.”

A traditional ruler and his pregnant wife were shot dead by gunmen believed to be Fulani herdsmen in his hometown of Ark village, in southern Kaduna, on New Year’s Eve.

According to This Day, Gambo Makama and his wife were killed at around midnight. His 45-year-old son also sustained serious injuries during the attack and was taken to hospital. The assailants also set the house ablaze and burnt a vehicle, which was recently given to the chief as a gift.

This Day also reported further attacks, which claimed at least 10 lives. On December 22, four people were killed and eight others injured in Nidem village, in Jama’a Local Government Area.

According to the newspaper, the assailants invaded the village square, where Christmas carols were being sung.

In the second attack which took place on Christmas Eve in Anguwan Mailafiya, also in Jama’a, six people were killed by armed men believed to be Fulani Herdsmen.

On Tuesday (January 2), a ruler of Ikulu in Zangon Katang Local Government Area of southern Kaduna was kidnapped in his private residence in Anchuna village. 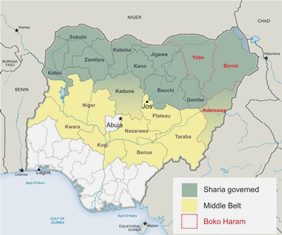 The ruler, Yohanna Kukah, is the younger brother of Mathew Hassan Kukah, the Bishop of the Catholic Diocese of Sokoto.

Another brother, Samuel Kukah, told The Daily Trust that around 20 well-armed men stormed Yohanna Kukah’s house at about 8.30pm.

“They surrounded the chief, who was making a call, tied his security guard in one of his cars and took the chief inside the house and asked him for money,” Samuel Kukah said. “They seized all his handsets and those belonging to his family members, collected his money and whisked him away without saying or demanding anything.”

According to the Stefanos Foundation two people were killed and eight others injured in two separate attacks in the north-eastern state of Adamawa during the final week of the year. 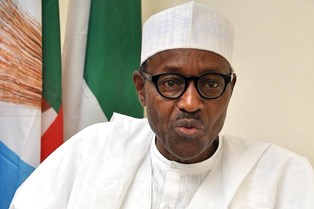 Three days earlier, one person — Danbaki Talami — was killed and four others injured in an attack carried out in the same area.

The president of Nigeria, Muhammadu Buhari, condemned what he called these “unacceptable” acts.

“You can’t kill to please God, and I know no religion tolerates the taking of another person’s life in the name of a religious movement,” he said in a statement. “There is never a justification for killing any member of the society. We have been tackling the Boko Haram menace, and we have made significant impact, and we will extend the measures to stop all wanton killings.”

Photo captions: 1) The president of Nigeria, Muhammadu Buhari, condemned what he called these “unacceptable” acts. (Photo: Stefanos Foundation). 2) Worshippers in four churches in Ilorin, the capital of Kwara state, were attacked by mobs of youths during services on New Year’s Eve. (Photo: CAN). 3) Fulani herdsmen attacking Christians in a Nigerian village. 4) Map of the area. 5) The president of Nigeria, Muhammadu Buhari. 6) Dan Wooding as a baby with his missionary mother, Anne Wooding, shortly after his birth in Vom Christian Hospital in Nigeria. 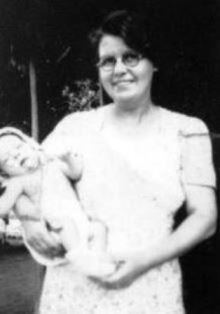 About the writer: Dan Wooding, 77, is an award-winning winning author, broadcaster and journalist who was born in Nigeria of British missionary parents, Alfred and Anne Wooding, and is now living in Southern California with his wife Norma, to whom he has been married for more than 54 years. They have two sons, Andrew and Peter, and six grandchildren who all live in the UK. Dan is the founder and international director of ASSIST (Aid to Special Saints in Strategic Times) and the ASSIST News Service (ANS), and is the author of numerous books. He also has two TV shows and a radio show, all based in Southern California. Dan, who moved to the UK with his parents in 1942, has only made one visit back to Nigeria when, some years ago, he was arrested for his journalistic activities, put in a prison cell in Lagos, and then kicked out of the country with a soldier holding a rifle to his back as he was escorted to a join a flight back to London. “It was not the happiest of returns to the land of my birth,” he says.