Top Posts
Knowing the One Who Always Keeps His Word
Pregnancy Resource Centers Fight For Life Amidst Opposition
This World is Not Our Home
Lessons Learned From a Gingerbread House
Let There Be Peace on Earth
‘I Wanna Dance’ movie: Whitney Houston’s success and...
Fact Finding, Sight Seeing, and Prayer Walking
Kidney donation led to 8 life-saving surgeries
The Power of Curiosity
When Love Came Down at Christmas
Home Tags Posts tagged with "North Korean Christians"

Nov 4 is Int’l Day of Prayer for Persecuted Church

SANTA ANA, CA  (ANS – Oct. 5, 2018) — For more than 60 years, Open Doors USA has worked in the world’s most oppressive and restrictive countries in support of persecuted Christians, among whom are many North Korean Christians.

Open Doors estimates that under the totalitarian regime of Kim Jong Un in North Korea, there are tens of thousands of North Korean Christians in camps, restricted villages or otherwise imprisoned, many of whom are suffering under unthinkable conditions. 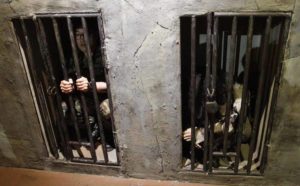 A South Korean soldier, left, undergoes an experience on what it is like to be held in a North Korean cell at the Korean War exhibition in Seoul, South Korea. (AP Photo/Lee Jin-man)

The ministry says North Korean Christians are in desperate need of prayer, the most requested action in response to persecution.

On Nov. 3 at 5 p.m. PT, David Curry, president and CEO of Open Doors USA, is hosting a webinar to provide the latest persecution updates. He will be joined by South Korean Pastor Min-soo, who will provide firsthand accounts on North Korea.

The efforts are part of the International Day of Prayer for the Persecuted Church on Nov. 4. Individuals and churches are encouraged to participate and can access free, downloadable resources from the Open Doors website. Resources include:

Open Doors USA is asking Christians to specifically pray for:

** The protection, strength and endurance for North Korea Christians who face persecution from state authorities and their non-Christian families, friends and neighbors;

** North Korean President Kim Jong Un and his regime to come to know the one true God and open his country to the Gospel for healing and restoration;

** God to move in Kim Jong Un to release the estimated 50,000 Christians who are unjustly held in detention centers and prison camps throughout the country;

** The underground church to grow in boldness and be ready for widespread evangelism efforts when the opportunity arises; and

** Kim Jong Un to allow for the creation of new churches where North Koreans can freely worship. 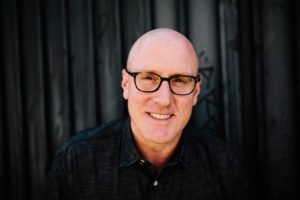 According to Curry, the International Day of Prayer is an important reminder for Christians living in Western countries.

“The situation in North Korea for Christians is dire. We must support them with our prayers because many have said our prayers can be felt and provide strength,” he said. “We must never forget those who are facing the unimaginable simply because they are Christians.”

Interview opportunities for the Media with Open Doors USA include Pastor Min-soo, a persecuted pastor who fled North Korea and can speak to the atrocities in his home country (no on-camera interviews; available Nov. 5 – 6) and Open Doors representatives, who can discuss ways Americans can support those who are persecuted in North Korea and around the world

Open Doors works to equip and encourage Christians living in dangerous circumstances with the threat of persecution and equips the Western church to advocate on their behalf. Christians are the most persecuted religious group in the world and are oppressed in at least 60 countries. For more information, visit www.OpenDoorsUSA.org.