Top Posts
Pregnancy Resource Centers Fight For Life Amidst Opposition
This World is Not Our Home
Lessons Learned From a Gingerbread House
Let There Be Peace on Earth
‘I Wanna Dance’ movie: Whitney Houston’s success and...
Fact Finding, Sight Seeing, and Prayer Walking
Kidney donation led to 8 life-saving surgeries
The Power of Curiosity
When Love Came Down at Christmas
A Walk of Faith Begins with a Step...
Home Tags Posts tagged with "North Korean defector who was trafficked and imprisoned says her life story testifies of the power of prayer" 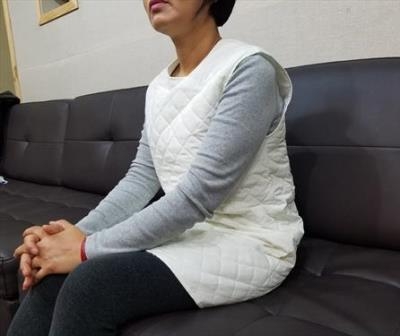 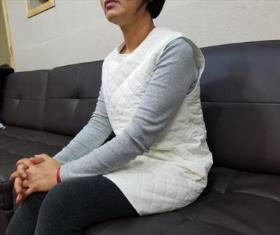 SEOUL, SOUTH KOREA (ANS-February 8, 2018) — *Myoung-Hee, a North Korean defector, who, now lives in South Korea, has spoken to the charity Open Doors UK about her experiences of discovering she was from a family of secret Christians, being trafficked in China, and returning to North Korea, only to be arrested and imprisoned. She was eventually able to escape.

According to a press release by Open Doors UK, a British-based charity founded by Dutch-born missionary, Brother Andrew, whose story is told in the best-selling book, God’s Smuggler, Ms. Myoung-Hee said: “My life story testifies of the power of prayer.”

It said that Ms. Myoung-Hee remembers the day she found out she was from a Christian family, when she was a child in North Korea, and added that her father came home one day, completely distraught and he cried so loudly that she feared the neighbours would tell the police. It quoted Ms. Myoung-Hee as thinking to herself that someone must have died.

Open Doors UK went on to say that she [Ms. Myoung-Hee] was right; her father’s younger brother had been brutally executed for his faith in Christ.

According to the release Ms Myoung-Hee was let in on the family secret: most of her relatives were Christians.

It maintained that Ms. Myoung-Hee knew that “threats” against the government were not tolerated, and she did not want to have anything to do with the Christian faith.

It quoted Ms Myoung-Hee as saying: “I wanted life to go back to normal so I focused on school. I wanted to leave North Korea. The North Korean state actually gave me the opportunity to go to China in a sponsored student program, but I refused. 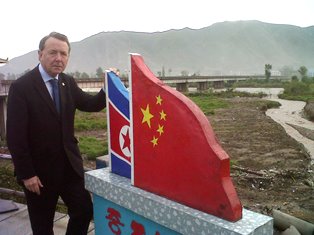 “Going abroad under the umbrella of the state meant they would monitor and control me severely. No, if I wanted to leave, I had to go by myself without telling anyone.”

Sometime after leaving school, the news release said that she went to the Chinese border, swam the river that divided the countries, and left her home country behind. She then trekked inland until she came to a village.

According to the release, Ms. Myoung-Hee was initially reluctant to talk about her experiences in China.

“I was caught by human traffickers, and sold to a Chinese farmer,” she finally revealed. “He wasn’t as bad as most Chinese men, who buy North Korean women. I had a child with him. But still… I thought I could never feel at home in this family.”

Her mother-in-law also lived with Ms. Myoung-Hee and her Chinese husband, said the release, and quoted her as saying that her mother-in-law showed “suspicious” behaviours.”

It said that some days she [the mother-in-law] left without telling where she was going.

“One night, I decided to follow her,” she continued. “It was a long way before she reached the place where some kind of meeting was going on. I called her. Of course, she was very surprised to see me. But I was still invited to participate. I quickly discovered it was a Christian meeting, which made me uncomfortable because, in my country, I had always been against Christianity. My curiosity beat my fear and I decided to stay. I actually wanted to learn more about God.”

Ms. Myoung-Hee continued to go to the meetings with her mother-in-law, and grew in faith and knowledge of God. After some time, Ms. Myoung-Hee wanted to let her family back in North Korea know that she had become a Christian.

However, her Chinese family, probably less naïve than she was, did not want her to make this dangerous journey, but in the end they let her go.

Back to North Korea

Open Doors UK disclosed that the border crossing back into North Korea went “horribly wrong.” Myoung-Hee, it said, was almost immediately arrested by a military patrol and sent to prison.

It went on to say that she finds it difficult to talk about these events in detail.

“When I saw how the other prisoners and I were treated, as if we weren’t humans, I gave up life. I trembled often in prison and thought I would never see my earthly family again,” she was quoted as saying.

After some time, she began to notice something different. “Something was stirred in my heart that was impossible to resist, like an invisible power,” she said. “I felt it every time I wanted to give up hope. That power was God himself. He was with me and didn’t want me to give up.”

It said Ms. Myoung-Hee repeated memorised Bible verses to herself, especially verses 6 and 7 from Psalm 62: “Truly he is my rock and my salvation; he is my fortress, I will not be shaken. My salvation and my honour depend on God; he is my mighty rock, my refuge.” 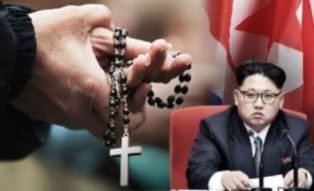 It then quoted Ms. Myoung-Hee as saying: “Then, I begged God for mercy. All I wanted was a chance to be reunited with my family and to worship God together with them.”

After a few months in the camp, the prison guards found out her family background, and — as is the custom in North Korea — she was transferred to a camp closer to her hometown. This camp, it said, had less surveillance.

“I took this as a sign from God to try to escape,” she went on to say. “I knew He would protect me. One night, the guards were drunk and they hadn’t locked the door of the barracks. I snuck out, and ran through the gate. My heart was pounding so fast! I didn’t stop running until I came to a sign that pointed me the way to my hometown.”

Worshiping God together for the first time

After her escape, Ms. Myoung-Hee was finally reunited with her North Korean family. “It was the most joyous experience ever,” she said. “We were so happy to see each other, and for the first time, we worshipped God together as a family. Later, I also attended small gatherings of other Christian families

“Slowly, I came to the realization that God had guided me every step of the way. He had a purpose for every experience, no matter how painful it was. It all happened to prepare me to share the gospel to the lost people in North Korea and China. First and foremost, to the next generation.”

“That’s why I decided I needed to go back to my Chinese family. My husband and my son had to hear the gospel too. It was a dangerous trip. I could get arrested again and be severely punished. But nothing could extinguish my passion for Christ.”

It said that she arrived safely back in China, thanks to various people who helped her.

“They were truly the hands of God to protect and guide my journey. I wish more people could have the blessing that I received through them,” she said.

Now in her mid-forties, her husband and son, who became believers, are now in South Korea with her, and is she said that they are happier than ever before and serve God by supporting a North Korean mission.

“I will never forget my childhood,” she stated. “There are so many Christian parents in North Korea who cannot share their faith with their children. It breaks my heart. I was once a victim of this too. 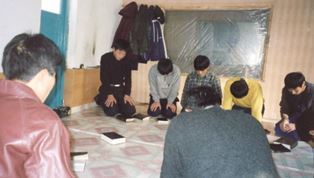 “But thanks to praying people I found God in the end. And thanks to the prayers of my mother-in-law, I survived prison too. My life story testifies of the power of prayer.

“I hope this can be a call to all brothers and sisters in Christ to join in prayer, so that God will bring grace and justice to my country.”

Open Doors UK states that North Korea is number one on the Open Doors 2018 World Watch List, making it the most dangerous place in the world to be a Christian. Despite this, Open Doors estimates that there are between 200,000 and 400,000 Christians in North Korea, worshiping secretly, or imprisoned in labour camps.

Every year Open Doors publishes the World Watch List – a ranking of the 50 countries where it is most difficult to be a Christian. This is produced using detailed information provided by Open Doors co-workers in more than 60 countries, as well as independent experts. Data is gathered on five spheres of life — private, family, community, national and church life – plus a sixth sphere measuring the degree of violence impacting Christians. Persecution in each country is recorded by Open Doors using a point system. Open Doors’ research methods and results have been independently audited by the International Institute for Religious Freedom. The 2018 World Watch List accounts for the 12 months ending on October 31, 2017.