Top Posts
Colorado football coach Sanders’ unabashed faith
There’s A Light That Enters Houses With No...
Knowing the One Who Always Keeps His Word
Pregnancy Resource Centers Fight For Life Amidst Opposition
This World is Not Our Home
Lessons Learned From a Gingerbread House
Let There Be Peace on Earth
‘I Wanna Dance’ movie: Whitney Houston’s success and...
Fact Finding, Sight Seeing, and Prayer Walking
Kidney donation led to 8 life-saving surgeries
Home Tags Posts tagged with "North Side Gospel Center in Chicago"

North Side Gospel Center in Chicago

STREAMWOOD, IL (ANS – Jan. 8, 2018) – After serving as a volunteer in children’s ministry, Art Rorheim went into full-time ministry in 1943 as the youth director of the North Side Gospel Center in Chicago.

At the time, most churche didn’t have mid-week programs for children like they do today.

In 1950, Rorheim and Pastor Lance “Doc” Latham took the concept beyond their church and founded the AWANA Youth Association as a non-profit provider of curriculum and training materials.

In the early days, Rorheim shared a desk with another employee in a stairwell at the North Side Gospel Center.

Although he never attended college, Rorheim quickly showed his creativity and organizational skills, developing many of the programs that make AWANA unique today, including Bible-based handbooks and AWANA games competitions.

Arthur Reynold Rorhiem, co-founder of AWANA, and one of the pioneers in children’s ministry, died on Friday, Jan. 5, 2018. He was 99.

The Lord used Rorhiem to develop and grow the children’s and youth ministry from a club in Chicago to a global organization. Today, AWANA has an outreach of more than 4 million children in more than 100 countries.

Rorheim, who served as executive director, president and president emeritus of AWANA, still regularly visited its headquarters into his 90s. “I’ve never found the word ‘retirement’ in the Bible,” he joked. 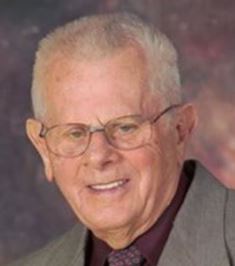 “Art Rorheim was a man whose influence for the kingdom of God will have a lasting impact for generations to come,” said Valerie Bell, AWANA CEO.

“Throughout his life, he tirelessly proclaimed the gospel and dedicated his life to equipping Christian leaders to share this message with millions of children and moms and dads all over the world. To that end, he was relentlessly focused on serving his Savior all the days of his life. His heart and passion for Jesus inspired millions. AWANA, and the entire Christian community, will dearly miss this extraordinary man.”

Rorheim, who spent more than 70 years with AWANA, was born May 7, 1918 to Norwegian immigrants who eventually settled in Chicago near the future site of the North Side Gospel Center, the church where AWANA would be born.

Scripture memorization has long been one of the trademarks of AWANA, and Rorheim lived it out in his own life. On one occasion, he even required his children and grandchildren to recite Psalm 1 before attending a family reunion.

Friends and co-workers also praised him for his wit and love for children.

“He was so much fun, and he saw life as fun,” said Jeff Schacherer, who worked closely with Rorheim at AWANA and frequently traveled with him. “He loved to play jokes on people. He had a passion for life and he felt a need to share it with others. He had tremendous energy because he had a passion for helping others connect with God.”

When they traveled together, Rorheim wanted to sit separately so that he could have the opportunity to share his faith with the person sitting next to him.

Rorheim took AWANA global in 1972 when he started the first international AWANA club in Bolivia. He eventually visited some 50 countries to spread the word about AWANA, and he continued to travel for the ministry well into his 90s.

Rorheim continued to lead the national and international expansion of AWANA until retiring as executive director in 1990. He then served as AWANA president until 1999 before assuming the role of co-founder/president emeritus.

He is survived by his son and daughter-in-law, Ken and Katie; his daughter, Kathlyn Brock; four grandchildren; 10 great grandchildren; and three great-great grandchildren. He is reunited in heaven with his wife, Winnie; his parents, Olaus and Alida; his brothers Roy and Leif Oliver; and his son-in-law, Dennis Brock.

To arrange an interview with a spokesperson for AWANA, please contact Steve Yount of A. Larry Ross Communications at 469.438.7011 or steve@alarryross.com

Editor’s Note: Note: AWANA is derived from the first letters of “Approved Workmen Are Not Ashamed,” as taken from 2 Timothy 2:15.