Top Posts
There’s A Light That Enters Houses With No...
Knowing the One Who Always Keeps His Word
Pregnancy Resource Centers Fight For Life Amidst Opposition
This World is Not Our Home
Lessons Learned From a Gingerbread House
Let There Be Peace on Earth
‘I Wanna Dance’ movie: Whitney Houston’s success and...
Fact Finding, Sight Seeing, and Prayer Walking
Kidney donation led to 8 life-saving surgeries
The Power of Curiosity
Home Tags Posts tagged with "Open Doors UK claims that over 100 Christians have been sent to “reeducation” camps in Xinjiang, China"

Open Doors UK claims that over 100 Christians have been sent to “reeducation” camps in Xinjiang, China 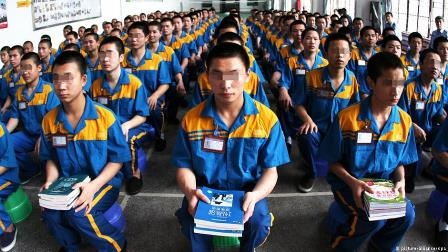 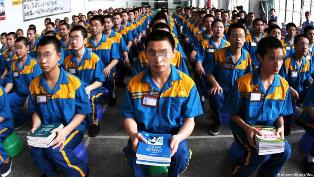 XINJIANG, CHINA (ANS – February 5, 2018) — Open Doors UK (www.opendoorsuk.org), a British-based charity founded by Dutch-born missionary, Brother Andrew, whose story is told in the best-selling book, God’s Smuggler, has claimed that more than 100 Christians have been sent to “re-education” camps in China’s north-western Xinjiang province over the past few months.

“These ‘mind-transformation centres’ teach citizens to be loyal to the communist ideology,” said an Open Doors press release monitored by ANS:

It went on to say: “Most of those detained are from the Uyghur ethnic minority group and have a Muslim background.

“In recent years the Uyghurs they have been the prime targets of the government’s ‘anti-terror’ campaign, aimed at cracking down on both separatist groups and militant Islamists. Uyghur people who have converted to Christianity have also been caught up in the crackdown.”

It maintained: “When you’re sent to the camps you don’t know how long you’ll stay, and quoted a local church member as saying: “Some stay there for a month, others for half a year or even longer.”

The release stated that the leader of a community of Christians from a Muslim background was taken to a “re-education” camp, adding that his wife has not heard from him since.

It quoted the wife of the missing man as saying: “I don’t know where my husband is right now, but I believe that God still uses him in prisons or camps. Sometimes I am worried that he doesn’t have enough clothes to keep warm in the prison.” 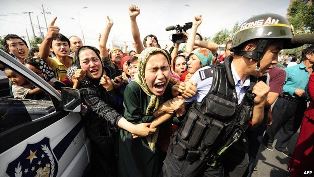 Open Doors UK quoted another Christian as saying: “I am afraid it will affect my children. The teacher in the school is paying special attention to my children after the authorities told the school about my husband.”

It stated that the woman now devoted her time to supporting others, like her, whose family have been sent to re-education camps.

The release said that the Wall Street Journal reported that Xinjiang is the most intensely surveilled area in the world. There are police stations on every corner and surveillance cameras everywhere. To live in this region means being monitored every day.

It quoted a Christian as saying: “Even your smartphone is checked. I feel like I live in a big prison.”

The release revealed that government-registered churches are also required to scan ID cards when they come to Sunday services. An alarm will sound if anyone works for the government or a public institution, it said, adding that many Christians have stopped going to registered churches and instead meet in smaller secret groups.

In February last year, the release said,  Xinjiang’s authorities banned all Christian activities not linked to state-approved churches, in what it said were “anti-terror” moves, and added that there are around 20 million Muslims in China, most of them belonging to the Hui and Uyghur ethnic groups. 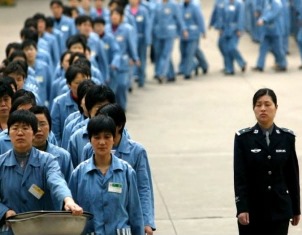 “Only a few thousand Christians are from a Muslim background. The majority live in the remote Xinjiang province. They experience pressure from the authorities as well as discrimination from their families and communities,” said the release.

China is number 43 on the Open Doors World Watch List. In China, if churches get too large or too political, they are seen as a threat and persecuted. Communist authorities are increasing restrictions on Christians in order to control society and stay in power. House churches are pushed to join the state-controlled Three Self Churches, and new regulations on religion limit freedom. For Christians from a Muslim or a Tibetan Buddhist background, conversion is more than just changing religion, it is betraying a community. They are threatened, attacked and reported to the local authorities.

Photo: 1) Male prisoners inside a Chinese “re-education” camp. (Picture: ALLIANCE/DPA). 2) Uyghur women protest in a bid to discover the fate of their loved ones. (AFP) 3) There are said to be 350 “re-education through labor” camps in China (LIFEANDITSBEAUTY). 4) Sheraz Khan.