Top Posts
Knowing the One Who Always Keeps His Word
Pregnancy Resource Centers Fight For Life Amidst Opposition
This World is Not Our Home
Lessons Learned From a Gingerbread House
Let There Be Peace on Earth
‘I Wanna Dance’ movie: Whitney Houston’s success and...
Fact Finding, Sight Seeing, and Prayer Walking
Kidney donation led to 8 life-saving surgeries
The Power of Curiosity
When Love Came Down at Christmas
Home Tags Posts tagged with "Open Doors World Wach List" 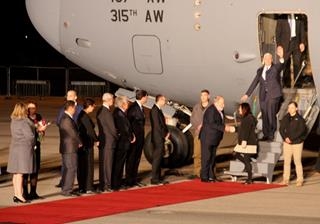 SANTA ANA, CA (ANS – January 21, 2018) — While Christianity traces its birthplace to the Middle East, that region has been arguably the most hostile area for the religion in recent years.

A new report by the Christian charity group Open Doors (https://www.opendoorsusa.org) has found that most of Israel’s neighbors, including Egypt, Jordan, Syria and the Palestinian territories, are among the world’s most dangerous places for Christians, writes Sean Savage for Jewish News Service www.JNS.org .

Savage said Susan Michael, U.S. director for the International Christian Embassy Jerusalem (ICEJ), told JNS that “Islamic extremism originated in the Middle East and is the main cause of persecution of Christians in the world today. It is a dangerous and violent ideology that must be stopped.”

According to the JNS report, Egypt’s embattled Christian minority, which comprises roughly 10 percent of the country’s population and stands as the largest Christian community in the region, has been the frequent target of Islamic terrorism. Coptic churches in Alexandria and Tanta were struck by suicide bombers last April, killing 45 people on Palm Sunday. Last December, at least eight Christians were killed in a terror attack on a Coptic church south of Cairo.

Citing the Open Doors report, Savage writes that Egyptian Christians suffer in “various ways” such as pressure on Christian converts to return to Islam, severe restrictions on building places of worship and congregating, and violence.

“Egyptian Christians have had significant attacks and pressure from extremist elements seeking to impose sharia standards on minority faiths, as well as from ISIS factions that want to use Christians as a useful target to undermine the Egyptian government and economy,” David Curry, president and CEO of Open Doors USA, told JNS. He added that the report “shows that people who want to make a decision to explore or practice the Christian faith face great cultural pressure, if not violence.”

Adel Guindy, the former president of Coptic Solidarity, a U.S.-based human rights organization that promotes equality for Coptic Christians in Egypt, told JNS that the situation for the Copts has worsened considerably under President Abdel Fattah El-Sisi—despite his rhetoric in support of Christians and against radical Islam—and has reached “an all-time high.”

“El-Sisi is quick to blame it on ‘external forces,’ [but] it is in fact homegrown. It’s a direct result of a permeating hate culture that dominates the entire public space,” Guindy said.

“Furthermore, the ‘big violence’ events that attract international media’s attention are in fact a mere tip of an iceberg of systemic and systematic discrimination and persecution that amount to a state-sanctioned ‘war of attrition,’” he said.

Elsewhere, Savage noted, the Open Doors report noted that Christian converts in Jordan face “a great deal of persecution, Christians in the Palestinian territories (Gaza Strip and West Bank) are “caught in the middle of the ongoing Israeli-Palestinian conflict,” and that “Islamic militant groups are the clear threat” to Syrian Christians.

“The persecution of Christians in Egypt, Jordan and the Palestinian territories does not necessarily come from their governments, but from their populations who have been indoctrinated with Islamic theological teachings that are hostile to non-Muslims. It will take a significant amount of years of intentional education to change that attitude,” said ICEJ’s Michael.

The report identified North Korea as the country where Christians face the highest level of discrimination, followed by Afghanistan and Somalia. More than 3,000 Christians were killed worldwide due to their faith last year.

Other Middle Eastern and North African countries that were ranked among the top 10 most dangerous places for Christians were Libya, Iraq, Iran and Yemen.

“Whether in North Korea, Afghanistan, Iran, the Palestinian territories or elsewhere, the persecution of Christians has reached near-epidemic levels,” said Rabbi Yechiel Eckstein, founder and president of the International Fellowship of Christians and Jews. “We urge world leaders and international organizations like the U.N. to bring this crisis to the top of their collective agenda and seek to protect endangered Christian minorities and all people of faith.”

The JNS report said the persecution of Christians in Muslim-majority countries presents a stark contrast to the world’s only Jewish state, where the Christian population has steadily increased in recent years to about 170,000, according to Israel’s Central Bureau of Statistics. Israeli Christians enjoy freedom of worship, and even regularly outperform their Jewish and Muslim counterparts in high school matriculation exams.

“The Arab-Christian minority in Israel is a minority within a minority and faces some challenges, but they are citizens of a democracy that protects their freedom of speech and freedom of religion,” Michael said. “This is in such contrast to the Muslim countries around them, where Christians and their places of worship are regularly attacked. There is a growing number of Christians voluntarily serving in the Israel Defense Forces in order to protect their country and their freedoms from the forces of Islamic militants wanting to destroy Israel.” 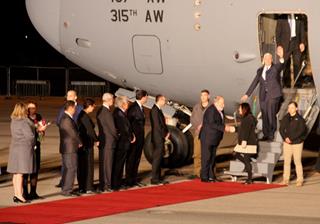 US Vice President Mike Pence is currently on a Middle East tour of visit Israel, Egypt and Jordan from Jan. 19-23. According to his spokesperson, Alyssa Farah, Pence is expected “to reaffirm our commitment to work with the U.S.’s allies in the region to defeat radicalism that threatens future generations.”

Coptic Solidarity’s Guindy said that Pence, who is a devout evangelical Christian, should take the opportunity to press Egypt’s El-Sisi on human rights and the protection of Christians.

“It’s certainly important to engage Egypt as a partner in the war against Islamic terrorism. But this should not come at the expense of human rights, civil society and upholding equal citizenship rights for all—including, and especially, Christians and others who do not belong to the Sunni-Muslim majority,” he said.

Michael said that Pence “should require that [countries where Christians are widely persecuted] educate their people to be peaceful and respectful of religious minorities by placing controls on their imams, school textbooks and the media; and make future U.S. financial assistance contingent upon them doing so.”

The future for Mideast Christians

Guindy said that recent trends “make it difficult to predict” whether Mideast Christians can survive “the current tsunami” of persecution.

“The picture is rather gloomy, and the fact that Christians’ presence in the Middle East has shrunk from one-fifth of the population a century ago to barely 3 percent today speaks volumes….Islamist pressure, coupled with the West’s lack of action beyond hollow words of sympathy, make it difficult to be realistically optimistic,” he said.

“Leaders of Middle Eastern countries are currently doing a lot of soul-searching because of the violence and civil wars generated by extremism, and this should slowly trickle into Africa and Asia,” she said. “The challenge facing these leaders, however, is changing the hearts and minds of their people.”

Photo captions: 1) In July 2016, Pope Tawadros II of Alexandria (pictured in front at center) — the leader of Egypt’s Coptic Orthodox Church — hosts Ignatius Aphrem II (left), patriarch of Antioch and All East of the Syriac Orthodox Church, and Aram I, head of Lebanon’s Catholicosate of the Great House of Cilicia of the Armenian Apostolic Church. (Credit: Wikimedia Commons) 2) Mike Pence arrives in the Middle East (Jerusalem Post). 3) Michael Ireland of ASSIST News Service.