Top Posts
There’s A Light That Enters Houses With No...
Knowing the One Who Always Keeps His Word
Pregnancy Resource Centers Fight For Life Amidst Opposition
This World is Not Our Home
Lessons Learned From a Gingerbread House
Let There Be Peace on Earth
‘I Wanna Dance’ movie: Whitney Houston’s success and...
Fact Finding, Sight Seeing, and Prayer Walking
Kidney donation led to 8 life-saving surgeries
The Power of Curiosity
Home Tags Posts tagged with "Oprah Winfrey" 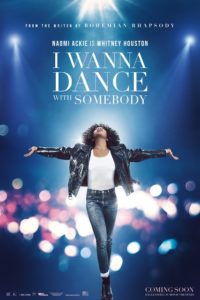 ORLANDO, FL (ANS)  Singer Whitney Houston was a global superstar with a complicated life.  Adored by millions, mocked by some fellow Blacks, this New Jersey church girl struggled with drug and alcohol abuse as she sought to navigate a stratospheric career and tumultuous personal life.  I Wanna Dance with Somebody presents revealing glimpses into her emotional and professional journeys.

Whitney’s vast accomplishments include the Guinness World Record for “most awarded female artist of all time.”  Her string of consecutive number one hits surpassed records set by The Beatles and the Bee Gees.  Favorites include “How Will I Know,” “Greatest Love of All,” and “I Will Always Love You.”   Rock & Roll Hall of Fame induction came in 2020.  Her films included The Bodyguard, The Preacher’s Wife, Waiting to Exhale, and Sparkle. 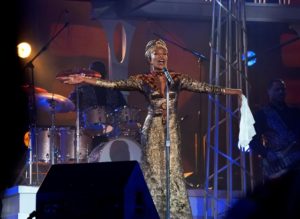 This movie sizzles with Whitney’s vibrant singing, which was in her blood.  Her mother was famed Gospel singer Cissy Houston.  1960s icon Dionne Warwick was Whitney’s cousin.

Newark, New Jersey’s New Hope Baptist Church gave young Whitney her start.  “I think I knew then that [my singing talent] was an infectious thing that God had given me,” she recalled in adulthood.

As success mushroomed, so did life challenges.  Her marriage to singer Bobby Brown began with promise but stormed with tension and drug abuse.  (Whitney’s brother Michael has said that Whitney first used drugs as a teen with her brothers.)  In the divorce, she got full custody of their daughter, Bobbi Kristina. 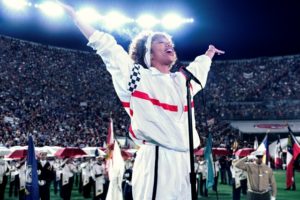 In 2002, she admitted to ABC TV’s Diane Sawyer her use of alcohol, marijuana, and cocaine, but said her biggest problem was not drugs but “me. …it’s my heart, it’s what I want.  And what I don’t want.  Nobody makes me do anything I don’t want to.  I’m either my best friend or my worst enemy.”  I Wanna Dance depicts her rampant drug use and its effects.

As the film portrays, Blacks sometimes criticized her for sounding too white. A Soul Train awards audience booed her and shouted “Oreo.”

The lyrics of the film’s title song may suggest the singer’s own inner longings.  She wants to dance with somebody who loves her, and wrestles with shaking her blues, coping with loneliness, seeking a lover. 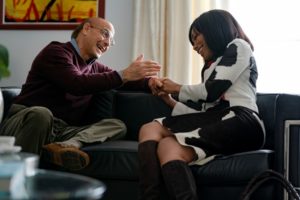 In February 2012, at age 48, Whitney’s lifeless body was found in a Beverly Hilton hotel bathtub.  Accidental drowning was the official cause of death, with heart disease and cocaine as contributing factors.

Many question the disconnect between Whitney’s faith and certain life choices.  The Bible she read is filled with flawed heroes.  Moses was a murderer.  King David was a murder and adulterer, yet he’s called “a man after [God’s] own heart.”  Their deity could forgive and restore. 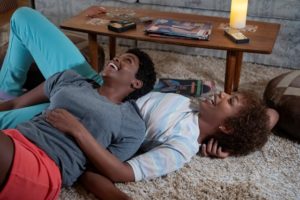 Similarly, Whitney Houston was an imperfect human who sought solace in substances and spirituality.  In 2009, Oprah Winfrey asked her who she loved. “The Lord,” came the reply, as she acknowledged lingering desires for drugs, but thanked God “for never giving up on me.”

“I know I’m a child of God,” she told Diane Sawyer. “Jesus loves me, this I know.”  (The film touches faith matters only lightly.)

“Jesus loves me,” she sang at a nightclub shortly before she died.  Perhaps a cry for help, or an acknowledgement her end was near?

The Bodyguard costar Kevin Costner, told her memorial service audience amusing stories of bonding with Whitney over their common Baptist church roots.  Young Kevin – to his father’s chagrin – had enjoyed knocking back “shots” of communion grape juice, like a whisky-drinking cowboy. 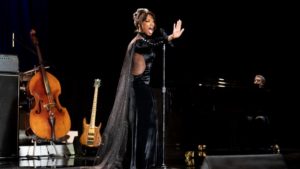 He also explained that Whitney often feared she was not “good enough,” a “burden that made her great” but “caused her to stumble in the end.”

“So, off you go, Whitney,” Costner concluded warmly, “escorted by an army of angels to your heavenly father. When you sing before him, don’t you worry.  You’ll be good enough.”

And, her struggles are over.  I Wanna Dance left me feeling happy she was finally at peace.

Rusty Wright is an author and lecturer who has spoken on six continents.  He holds Bachelor of Science (psychology) and Master of Theology degrees from Duke and Oxford universities, respectively. www.RustyWright.com