Top Posts
Colorado football coach Sanders’ unabashed faith
There’s A Light That Enters Houses With No...
Knowing the One Who Always Keeps His Word
Pregnancy Resource Centers Fight For Life Amidst Opposition
This World is Not Our Home
Lessons Learned From a Gingerbread House
Let There Be Peace on Earth
‘I Wanna Dance’ movie: Whitney Houston’s success and...
Fact Finding, Sight Seeing, and Prayer Walking
Kidney donation led to 8 life-saving surgeries
Home Tags Posts tagged with "Oral Roberts" 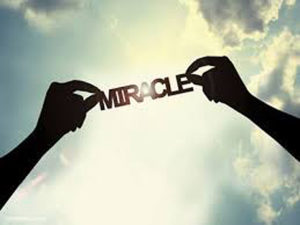 “How quickly we forget God’s great deliverances in our lives. How easily we take for granted the miracles He performed in our past.”

Jesus looked at them and said, “With man this is impossible, but with God all things are possible”—Matthew 19:26 (NIV).

Until I surrendered to God in October 2001, I never considered I was a miracle. Of course, we’re all miracles, if you think about it.

We might think of miracles as the larger-than-life events in the Old Testament, like the parting of the Red Sea or Daniel’s escape from death in the lion’s den. Or the miracles Jesus performed during His three-year ministry, like turning water into wine or the healing of lepers and cripples.

The Miracle of Conception

So, why would I consider you and me a miracle? In an article by Fiona Baker titled, “The Miracle of Conception,” she writes, “Getting pregnant is much more than a biological process—once you know what actually has to happen for an egg to get fertilized you will understand why conception is often referred to as a ‘miracle.’

“The chances of getting pregnant in any given cycle are really surprisingly low. According to some estimates, the odds of a healthy, optimum-aged and fertile couple conceiving are about one in five each month,” she adds.

The Odds of Dying

Now, think about the other odds we’re faced with each day—odds that we might never consider, like dying in a car crash. According to a “New York Times” article, the odds are one in 103. Considering the number of automobiles on U.S. roads, I’m not sure I like those odds. However, it doesn’t stop me from driving.

The same newspaper article also states that most Americans are most likely to die of natural causes, chiefly heart disease (a one in six chance) or cancer (one in seven). However, my intention is not to focus on the negative.

I’ve never shared in writing about my miracle healing. I was 17-years-old in 1971. On a Thursday morning, while practicing for graduation from a small, rural high school in northeastern Oklahoma, I became very ill. A classmate had to drive me home. Doubled over in pain, I also couldn’t stop throwing up.

My mother rushed me to the emergency room at the small Seven Day Adventist hospital located nearby. After being admitted to the hospital, I was sedated with medicine for the pain. Over a two-day period, my temperature skyrocketed to 105 degrees. Because of the pain medication, I wasn’t lucid, slipping in and out of consciousness.