Top Posts
Colorado football coach Sanders’ unabashed faith
There’s A Light That Enters Houses With No...
Knowing the One Who Always Keeps His Word
Pregnancy Resource Centers Fight For Life Amidst Opposition
This World is Not Our Home
Lessons Learned From a Gingerbread House
Let There Be Peace on Earth
‘I Wanna Dance’ movie: Whitney Houston’s success and...
Fact Finding, Sight Seeing, and Prayer Walking
Kidney donation led to 8 life-saving surgeries
Home Tags Posts tagged with "Pastor Bruce Deel"

ATLANTA, GEORGIA (ANS) – ‘Trust First’ tells the story of how homelessness, addiction, the incarceration cycle, and sex trafficking are known problems that are not being adequately addressed and are on the rise across America.

‘Trust First’ reveals that what began as a six-month assignment to shut down a church in Atlanta’s toughest neighborhood turned into a lifelong commitment to helping those at the mercy of opportunity injustice and transforming the lives of people in America’s underclass. 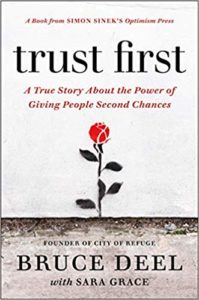 ‘Trust First’ shows how, on Christmas night, Pastor Bruce Deel left his warm home with his wife and daughters to sleep soundlessly amongst the fifty other men in his newly opened homeless shelter. Foot to foot, head to head, drug addicts, homeless, and convicted felons were united under one roof, indistinguishable by their past and current demons.

This is the level of trust Deel extends to those in City of Refuge, a one-stop shop providing holistic care to countless thousands gripping with poverty and addiction.

In Trust First: A True Story About the Power of Giving People Second Chances (Optimism Press; on sale 7/23/19), Deel tells the story of the founding and two-decade journey of City of Refuge, the Atlanta, GA flagship location with more than a dozen chapters of the organization across the country.

Some of the most arresting stories from the book include:

** The story of Jake, an unlikely hero, and eventually close friend to Bruce, from the streets of Atlanta who helped him navigate the predominantly African American community as a white, higher-educated outsider.

** The convicted felon to whom Bruce extended radical trust by hiring as the first overnight security guard became a leading member of the community, and a beacon of the possibilities of transformation.

** Bruce’s wife and five daughters who have taken this journey with their dad—from sharing their own home with people to working at the campus today. 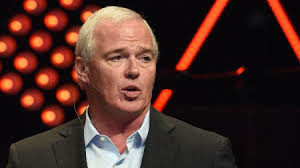 In 1997, when preacher Bruce Deel moved his young family to Atlanta’s 30314 zipcode to close and sell an old church, the neighborhood had the highest crime rate per capita in Georgia, the highest rate of incarceration, the highest homeless population per capita, a less than 50% high school graduation rate, and a 40% unemployment rate. He thought they would only stay for a few months and then move on, but one day a young woman approached him after services.

Riveting and insightful, Trust First chronicles Deel’s journey building City of Refuge and the lives of a few of the ex-cons, drug addicts, human trafficking survivors, and displaced individuals who’ve come through its doors. It shows how we can break the cycle of poverty once and for all. Heartfelt, deeply personal, and inspiring, Trust First will shatter your assumptions about whether anyone is ever truly a lost cause.

Bruce Deel founded City of Refuge in 1997. He is the Senior Pastor of The Mission Church and a graduate of Lee University in Cleveland, TN. As a result of his experience and success, Bruce has become a highly sought after speaker and serves as a consultant to numerous non-profits around the country. He will donate a portion of his proceeds from Trust First to City of Refuge.

City of Refuge was founded in 1997 with the mission to transform the lives of individuals and communities in Atlanta and beyond. Today the organization resides in a warehouse that was graciously donated in the 30314 neighborhood, one of the poorest and most crime-ridden areas in the nation. Since inhabiting the “Where Good Works” center, City of Refuge has helped over 20,000 people across the country and internationally. The organization has created several programs designed to provide an impact in areas such as: housing, youth development, health & wellness, and vocation. City of Refuge is a leader in the business of social transformation and continuously works to empower and equip individuals with the tools to succeed.

A critical element of City of Refuge’s unprecedented success stems from Deel’s extension of radical trust. The people in City of Refuge’s care were dismissed and ostracized by society before being given the chance to prove themselves. Bruce has identified this as opportunity injustice – one of the biggest drivers of these problems – and has created a space for people in crisis to heal and transform without judgement.

Pastor Deel’s work urgently needs to be shared to show Americans that there IS a way we can fight these problems, especially in a time when it seems like leaders don’t care.

For more about Bruce Deel and City of Refuge, visit www.cityofrefugeatl.org

Optimism Press was founded by Simon Sinek in partnership with Portfolio, an imprint of Penguin Random House. It is focused on sharing the ideas that will help us advance the greater good, to build a world in which people feel inspired, safe and fulfilled in their professional and personal lives. The press will look to the business world, nonprofit world, the military, politics, education, the clergy, or elsewhere to find authors who can both inspire us and offer us direction on how to build a more optimistic world.

Trust First is a beacon of hope and inspiration in a time of division, fear, and angst about the future. You can start reading the book HERE https://www.netgalley.com/widget/184475/redeem/185bd9eb72c7edb6ebe181d6591c21ad277e143bb9bae776b4afeb8d1a3f135c . There is also a book trailer that you can watch HERE https://www.dropbox.com/s/dcsjbh5yrgynogl/Trust%20First_video%20trailer.mp4?dl=0  .

The book is available here: https://www.amazon.com/Trust-First-Giving-People-Chances/dp/0525538178 .

For more about Portfolio, visit: www.penguin.com/publishers/portfolio

The author of this story, Michael Ireland, is a self-supported media missionary with ANS. Click here to support him as a missionary journalist.
July 27, 2019
FacebookTwitterPinterestEmail