Top Posts
Colorado football coach Sanders’ unabashed faith
There’s A Light That Enters Houses With No...
Knowing the One Who Always Keeps His Word
Pregnancy Resource Centers Fight For Life Amidst Opposition
This World is Not Our Home
Lessons Learned From a Gingerbread House
Let There Be Peace on Earth
‘I Wanna Dance’ movie: Whitney Houston’s success and...
Fact Finding, Sight Seeing, and Prayer Walking
Kidney donation led to 8 life-saving surgeries
Home Tags Posts tagged with "Persecution in China"

www.keepthefaith.co.uk reports that persecution in Asia has risen sharply over the last five years with one in three Asian Christians now suffering high levels of persecution. China has risen 16 places up the World Watch List from 43 to 27. New laws in China seek to control all expression of religion. 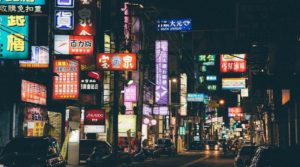 Street scene in China where persecution of Christians has increased dramatically

Henrietta Blyth, CEO of Open Doors UK and Ireland, said: “Our research uncovers a shocking increase in the persecution of Christians globally. In China, our figures indicate persecution is the worst it’s been in more than a decade – alarmingly, some church leaders are saying it’s the worst since the Cultural Revolution ended in 1976. Worldwide, our data reveals that 13.9 per cent more Christians are experiencing high levels of persecution than last year. That’s 30 million more people.”

India, the world’s largest democracy, has entered the World Watch List top ten for the first time as Hindu extremists act with impunity and violent attacks on Christians and churches rise. This is driven by growing ultra-nationalism, which has brought waves of violence against India’s significant non-Hindu religious minorities.  Rising nationalism is leading to similar persecution in other countries such as Bhutan, Myanmar and Nepal where national identity is tied to religion. Suddenly, to be Indian or Nepali is to be exclusively Hindu and to be Burmese or Bhutanese one must be Buddhist, so those from minority faiths are considered outcasts. This impacts Christians most significantly in remote rural areas.

Henrietta Blyth commented: “It’s shocking that India – the country which taught the world the way of ‘non-violence’ – now sits alongside the likes of Iran on our World Watch List. For many Christians in India, daily life is now full of fear – totally different from just four or five years ago.”

In South East Asia there was a worrying rise in Islamic extremism: suicide bombers in Indonesia attacked three churches in one day. Pockets of Islamic State affiliate groups in places like Mindanao in the Philippines and Aceh in Indonesia are gaining ground and expanding their territory.

Persecution Rises Across The World

Persecution in North Korea is worse than any other country in the world and has been for the last 18 years. Five years ago only North Korea was in the extreme category for the level of persecution suffered by Christians there. This year Christians in the World Watch List’s top 11 countries live where persecution is extreme (81+ points out of a possible maximum score of 100). These are:  North Korea (1), Afghanistan (2), Somalia (3), Libya (4), Pakistan (5), Sudan (6), Eritrea (7), Yemen (8), Iran (9), India (10) and Syria (11).  Open Doors’ persecution experts monitor the situation in 150 countries – this year the situation has become so much worse that countries need 21 per cent more points to make it into the World Watch List top 50 than they did in 2014.  More than 4,305 Christians were killed simply because of their beliefs during 2018. Many deaths go unreported because friends and relatives of the dead are afraid to report the killings. This is especially true for Christian converts in rural areas.

In the North and Middle Belt of Nigeria, at least 3,700 Christians were killed for their faith – almost double the number of a year ago (an estimated 2,000) – with villages completely abandoned by Christians forced to flee, as their armed attackers then moved in to settle with impunity. Deaths were highest in Plateau State (1,885) where Christian deaths at the hands of Muslim Fulani herdsmen were declared ‘genocide’ by the Nigerian House of Representatives. This violence has seen increased use of AK-47s and heavier munitions as well as the murder of entire Christian families in their homes. Open Doors’ research shows that these targeted murders in Nigeria account for about 90 per cent of all faith driven killings of Christians worldwide.

In Africa, extreme persecution also comes at the hands of radical Islamic militias, such as in Egypt – where the Islamic State in Sinai vowed in 2017 to ‘wipe out’ the Coptic Church – as well as in Libya, Somalia and many other sub-Saharan countries.

In every country on Open Doors’ World Watch List, persecution also comes from family and friends, from fellow-villagers and work colleagues, from community councils and local government officials and from the police and legal systems.

Gender-specific persecution is found to be a key means of undermining the Christian community, so the differing areas of vulnerability for men and women are systematically exploited. In the top five most difficult countries to live as a Christian, the female experience of persecution is characterized by sexual violence, rape and forced marriage. This means that Christian women and girls face more persecution pressure in family and social spheres, whereas Christian men are more likely to be detained without trial or summarily killed by the authorities or militias.

The 2019 trends reinforce the findings of 2018:that the persecution of men is, by and large, “focused, severe and visible” and that of women is “complex, violent and hidden.” The hidden nature of women’s experiences makes it challenging to report; however, the past two years have begun to unearth a growing understanding as more women are surveyed and new questions asked.  As well as exploiting gender vulnerabilities, persecution is also found to exploit other existing vulnerabilities such as age, disability, class and ethnicity. Religious persecution remains the ‘canary in the coal mine’ often pointing to wider human rights abuses.

Freedom of Religion or Belief is enshrined in Article 18 of the Universal Declaration of Human Rights.  However, many countries on Open Doors’ World Watch List encourage or turn a blind eye to human rights abuses despite being members of the UN and signatories to multiple human rights treaties.

Blyth commented: “People need to wake up to the fact that the persecution of religious minorities is increasing. These figures show we’re going backwards not forwards. This is the issue of our time – governments must act to reverse this change. That’s why we will be engaging actively with the independent review into the persecution of Christians, recently announced by Jeremy Hunt. This is a positive first step from the UK government and we look forward to seeing concrete policy change.”

One glimmer of hope emerged in Iraq as Islamic State was driven out of many areas, resulting in a drop to number 13, down from number 8 in 2018. There was generally less violence towards Christians but the number killed did go up slightly.