Top Posts
Colorado football coach Sanders’ unabashed faith
There’s A Light That Enters Houses With No...
Knowing the One Who Always Keeps His Word
Pregnancy Resource Centers Fight For Life Amidst Opposition
This World is Not Our Home
Lessons Learned From a Gingerbread House
Let There Be Peace on Earth
‘I Wanna Dance’ movie: Whitney Houston’s success and...
Fact Finding, Sight Seeing, and Prayer Walking
Kidney donation led to 8 life-saving surgeries
Home Tags Posts tagged with "Power of the Word"

Power of the Word

Houston, TX (ANS) April 4, 2019 –  Strategic Resource Leveraging is something I first heard about years ago from Dr. Ron Jenson, known as America’s Life Coach.  Some of my friends in the business world use the term Force Multipliers. These are powerful concepts that can take on many forms of expression. 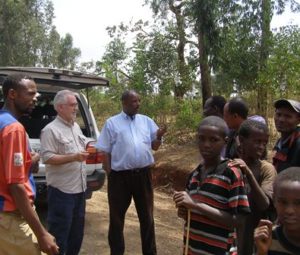 Roadside Orality Training in the Bush

Perhaps a better way of thinking about The Leveraging Factor is to consider the kingdom principles that Jesus talked about as recorded in Scripture.  He said the kingdom of God is like a mustard seed.  A very small seed can produce a large plant.  He also said the kingdom of God is like yeast.  A small amount of yeast can effect a large lump of dough.  From these and other examples, we know that little things can have big impact.

Be Fruitful and Multiply

It was God’s idea that His people be fruitful and multiply.  We see many examples in Scripture, as well as throughout history and in contemporary life.  Consider the case of the Samaritan woman’s encounter with Jesus, recorded in John 4.  A whole community was impacted by her testimony.  The demon-possessed man of the Gerasenes, recorded in Mark 5, had a great impact on ten cities in the Decapolis.  Philip’s encounter with the Ethiopian eunuch resulted in an entire nation being impacted by one man.

For more than a decade of our Orality training and practices with Living Water International, we’ve received many reports where one individual has been used to reach hundreds of others.  One pastor who attended an Orality Training for Trainers (OT4T) event immediately trained thirty other pastors.  Those pastors shared how storying and the principles of Orality had accelerated growth of their churches and the reproducing of church planting efforts. 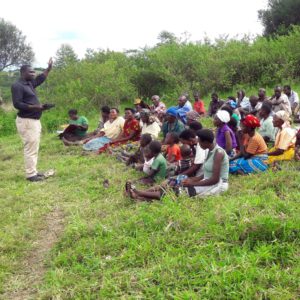 The story of the Woman at the Well was told at a water project in Southern Mexico where four workers responded to the gospel.  Those workers learned and continued to tell the story in their community.  A few weeks later we heard that thirteen families had come to the Lord through that one story.

Reproducing Impact of the Gospel

A neighbor I had the opportunity of sharing the Lord with immediately began witnessing to other family members.  As a result, his sister, brother-in-law and a few others received the Lord.  A college student from an Asian country was introduced to Jesus and became part of a Bible study group I led several years ago.  Later he was responsible for translating a through-the-Bible commentary into the language of his people, and became a missionary to that creative access nation.

The Creative and Unlimited Capacity of the Holy Spirit

A businessman I had the opportunity of sharing with received the Lord and  began witnessing to others.  He led his boss to the Lord and witnessed to a number of his customers.  He shared the gospel with his brother in a phone conversation back in his Middle Eastern country.  His brother later became a pastor in that nation.

My father was a pastor for more than sixty years.  It has been encouraging to reconnect with people who came to the Lord many years ago through his ministry.  Some of those are now pastors and church leaders.  Many others are having significant impact for the kingdom. 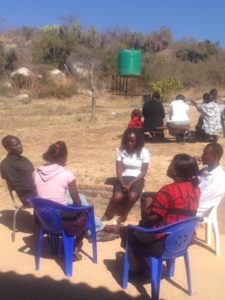 The Power of the Word of God

The Word of God still has power to transform lives as it is appropriately shared in the power of the Holy Spirit.  I can personally testify to that reality and the leveraging of our influence for His kingdom purposes.  It can have a ripple effect and multiplying impact.  That awareness should encourage every follower of Jesus.  Each of us can be salt and light every day, wherever we happen to be and leverage our influence for the kingdom.

Orality-based methods of communication are the predominant ways most people have come to faith throughout all of history.  Asking questions and having conversations is something everyone can do.  When properly trained those can become Jesus conversations.

Many are praying for a new spiritual awakening and the rapid spread of the gospel.  It certainly could happen in our time.  It will likely look a lot like the Jesus Movement of the First Century.  That is, believers spontaneously and organically telling the Good Story (News) of Jesus.

There are some encouraging signs and pockets of movements today.  Those could certainly be leveraged into widespread movements, and the realization of the prophesy of Habakkuk 2:14, that the knowledge of the glory of the Lord will cover the earth, as the waters cover the sea.