Top Posts
Knowing the One Who Always Keeps His Word
Pregnancy Resource Centers Fight For Life Amidst Opposition
This World is Not Our Home
Lessons Learned From a Gingerbread House
Let There Be Peace on Earth
‘I Wanna Dance’ movie: Whitney Houston’s success and...
Fact Finding, Sight Seeing, and Prayer Walking
Kidney donation led to 8 life-saving surgeries
The Power of Curiosity
When Love Came Down at Christmas
Home Tags Posts tagged with "Prince Mohammad Bin Salman Al Saud" 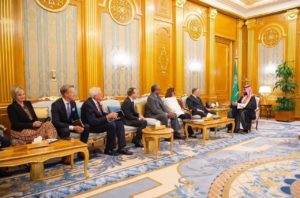 This past September 11, I was in Saudi Arabia. Eighteen years prior, the World Trade Center had been demolished by terrorists, fifteen of whom were Saudi citizens. Our country was reeling from a scheme hatched by a Saudi citizen named Osama bin Laden. I even went to serve as a chaplain at Ground Zero in New York City after the attacks. So why was I there now, in the very country that much of the world had blamed? Because the Saudi Arabia of eighteen years ago doesn’t exist anymore, and new leadership with a new vision is emerging. 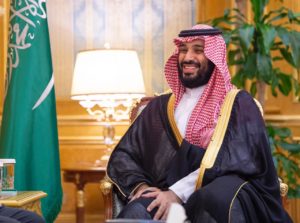 We were guests of Prince Mohammad Bin Salman Al Saud (MBS), a delegation of evangelical leaders, led by New York Times bestselling author Joel Rosenberg. This was our second visit. As a pastor, I am aware that many key figures of the Bible spent time in this region, including Moses, who married a wife from the Arabian Peninsula; the Queen of Sheba, who came from the area to visit Solomon; and the Apostle Paul, who spent three years in Arabia after his conversion to Christ.

On our first visit in November of 2018, senior leadership informed us that this was the first time Christians had come to the Saudi Palace in 300 years. That visit was on the heels of the death of journalist Jamal Khashoggi, although our invitation had been extended well before the incident. At the time, the crown prince was under intense scrutiny, and yet what was most impressive was the candor, patience, and openness of the prince to any and all of our questions, including specific questions about Khashoggi, religious freedom, and human rights.

Even more impressive is MBS’s passion for his Vision 2030, an aggressive policy for economic and cultural expansion amidst a framework of reform and moderation. These changes are nothing short of historic, and it’s implementation heroic. A country once regarded as rigidly extremist is becoming one that is welcoming to outsiders, including those of other faiths, and one that will be inviting tourists later this year. 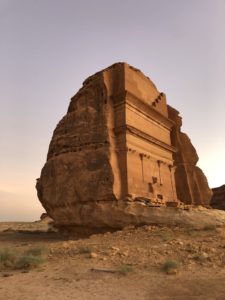 My wife Lenya joined me on this visit to the Kingdom of Saudi Arabia. I asked about the possibility of having churches in the region, and the crown prince acknowledged the presence of archaeological remnants of Christian communities, and that the prophet Mohammed lived peacefully among Jews and Christian monks. Lenya posed a question about woman’s rights and was met with a warm and understanding response. He invited her to bring a group of Christian women to Saudi Arabia, while his ambassador to the United States, Princess Reema bint Bandar, offered to host such a visit and to come and dialogue with women’s groups in the United States. One thing was abundantly clear: This is not the Saudi Arabia of 2001. The prince is enacting sweeping economic and social reforms, the like of which have never been seen in the region.

For a western Evangelical leader being invited in for this front-row seat of history in-the-making, the transformation is breathtaking. Beyond the empowering of women, the invitation to tourists, the rapid economic expansion, and the permission for movies and concerts to take place is the religious tolerance that’s in the air. Some 3,500 extremist clerics have been arrested in recent years and a moderate, more inclusive brand of Islam is being advanced. Especially encouraging is the recently crafted “Charter of Makkah,” signed by 1,200 leading Muslim scholars from 139 countries, a charter that establishes a peaceful coexistence with people of other cultures, races, religions and sects.

After our meeting with the crown prince we traveled to see Al-Ula in the northwestern part of the country, part of the ancient Nabataean Kingdom, a significant part of Saudi Arabia’s past. It was the eve of September 11, and though our thoughts were still somber because of what took place eighteen years ago in New York, we couldn’t help but think we were standing on a time bridge between a glorious ancient past and an even more wonderful future. 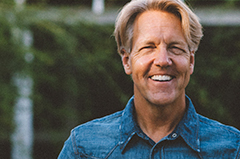 Pastor Skip Heitzig is the senior Pastor of Calvary Albuquerque in New Mexico. Heitzig holds a BA, MA, Doctor of Divinity, and a PhD in Philosophy, Biblical and Theological Studies from Trinity Southwest University.  He is an adjunct professor of Biblical studies at Veritas International University. He currently serves on several boards of directors, including Samaritan’s Purse.