Top Posts
There’s A Light That Enters Houses With No...
Knowing the One Who Always Keeps His Word
Pregnancy Resource Centers Fight For Life Amidst Opposition
This World is Not Our Home
Lessons Learned From a Gingerbread House
Let There Be Peace on Earth
‘I Wanna Dance’ movie: Whitney Houston’s success and...
Fact Finding, Sight Seeing, and Prayer Walking
Kidney donation led to 8 life-saving surgeries
The Power of Curiosity
Home Tags Posts tagged with "Priscilla Shirer" 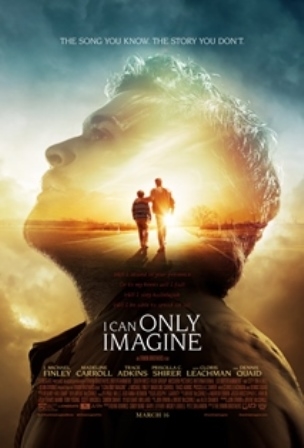 NASHVILLE, TN (ANS – March 9, 2018) – “I Can Only Imagine” — It’s the song that brings ultimate hope to so many…often in the midst of life’s most challenging moments. 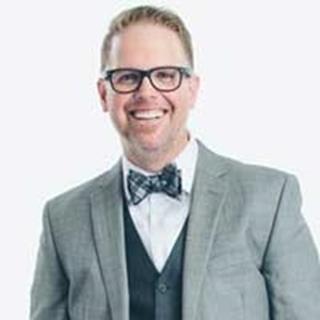 Amazingly, the song was written in mere minutes by MercyMe lead singer Bart Millard. In reality, those lyrics took a lifetime to craft.

Although he found faith at a young age, life wasn’t easy for Bart. He leaned into an active imagination and his love of music as escapes from a troubled home life.

As he grew older, Bart turned to football in hopes of somehow connecting with his abusive father. But a career-ending injury—combined with the vision of a teacher who saw unlimited potential—set Bart on a musical pathway.

Chasing a dream while running from broken relationships with his father and Shannon, his childhood sweetheart, Bart hits the road in an old, decrepit tour bus with his new band MercyMe—named for his grandmother’s favorite expression. With the guidance of a grizzled music-industry insider, the band begins a journey none of them could ever have imagined.

A gripping reminder of the power of forgiveness, I Can Only Imagine beautifully illustrates that no one is ever too far from God’s love — or from an eternal home in Heaven.

Bart Millard, best known as the front man of award-winning Christian group MercyMe, is also an acclaimed songwriter and artist in his own right.

The iconic song “I Can Only Imagine,” written solely by Millard, made history in 2014 as it surpassed 2 million digital downloads, making it the first song in Christian music to go platinum and double-platinum in the digital domain.

A major motion picture titled I Can Only Imagine, which depicts Bart’s story behind the song, is scheduled to release in the spring of 2018.

In 2009, Billboard named MercyMe’s “Word Of God Speak,” co-written by Millard, the No. 1 Song of The Decade in both the Christian Songs and Christian AC Songs categories.

The songwriting talents of Millard and his fellow band members have made MercyMe a radio mainstay, yielding 28 No. 1 multi-format Christian radio singles and four consecutive mainstream hits.

Not only has MercyMe won numerous GMA Dove awards, several American Music Awards, and received multiple GRAMMY® and Billboard Music Award nominations, but Millard himself received a GRAMMY nomination for his solo project Hymned Again, a follow up to his first successful solo outing, Hymned. MercyMe released their ninth studio album, LIFER, in March 2017 which includes yet another chart-topping hit “Even If.”

Since their debut in 2001, GRAMMY® nominated, multiple American Music Award and Dove Award winners MercyMe have sold more than 9 million units in CD, single, and DVD sales, garnered more than 28 No. 1 multi-format Christian radio singles and four consecutive mainstream radio hits with “I Can Only Imagine,” (No. 4 AC/Top 25 on Top 40/Hot AC), “Here With Me” (No. 4 AC), “Homesick” (Top 10 AC), and “So Long Self.”

Their radio success has continued with their most recent No. 1 single “Even If” alongside recent singles like “Flawless” (No. 1 for 15 weeks) and “Greater” (No. 1 for 16 weeks), landing them the Top Christian Airplay Artist spot on Billboard’s 2015 Year End charts. MercyMe made history in 2014 as “I Can Only Imagine” surpassed 2 million digital downloads, making it the first song in Christian music to go platinum and double-platinum in the digital domain.

In 2009, Billboard named MercyMe’s “Word Of God Speak” the No. 1 Song of The Decade and the group the No. 1 Artist of the Decade in both the Christian Songs and Christian AC Songs categories, recognizing them as one of the industry’s most notable talents. They have sold out venues throughout the U.S. and Canada, including Radio City Music Hall, and have appeared on the Macy’s Thanksgiving Day Parade, The Today Show, CBS This Morning, The Tonight Show with Jay Leno, FOX New Channel’s FOX & Friends, CNN, ABC News and in the pages of Entertainment Weekly, The New York Times, USA Today, and more. 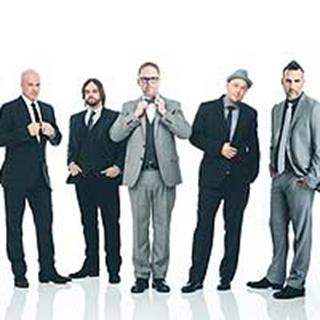 Peter Wooding, younger son of author, broadcaster and journalist Dan Wooding, who provides video for the Global News Alliance and also writes for ASSIST News Service (www.assistnews.net) last week caught up with Priscilla Shirer, one of the movie’s leading actors, at Proclaim18, the annual convention of the National Religious Broadcasters at the Gaylord Opryland Hotel and Convention Centre in Nashville, TN.

Wooding asked Shirer about her role in the film, playing the character Mrs. Fincher.

“Mrs. Fincher — it’s a very small role — but she played a very pivotal part if you ask Bart [Millard, whose story is portrayed in the new movie based on the song of the same name] about Mrs. Fincher, he’ll tell you that she played a pivotal part in changing the trajectory of his life and steering him toward a gift he didn’t even know he had,” Shirer said.

“So he was really wanting to sort of skate through her class and not really pay attention and he had a little bit of an attitude. She was like ‘listen I’ll fail you, if you can sing, then in my class — she was basically the choir teacher – ‘you’re gonna sing and you’re gonna use your gifts.’ And so she’s the one that wouldn’t let him off the hook and said ‘listen, I’m not gonna let you be lazy — I’m gonna make you live up to your potential,’ and she introduced to him a gift that was already in him.”

What impact does Shirer hope the movie will have because the song had such a huge impact?

“I’m hoping that the movie will reintroduce the song to a whole new generation of people that need to hear it again and need to be reminded of its power,” Shirer said.

“But I’m also hoping that people will walk away from the film and they’ll be reminded about the importance of Heaven and they’ll imagine it again — because when you’re thinking of Heaven while you’re living on Planet Earth it changes your perspective about Earth — it reminds you this is not your home. It changes your perspective, it changes the decisions you make, the ambitions that you have. It focuses — it just refocuses you — on the things that are eternal.”

With the Oscars, we’re seeing so many faith-based films being produced at the moment, and with all the controversy of the abuses in Hollywood, why does Shirer think so many people are turning to faith-based movies? 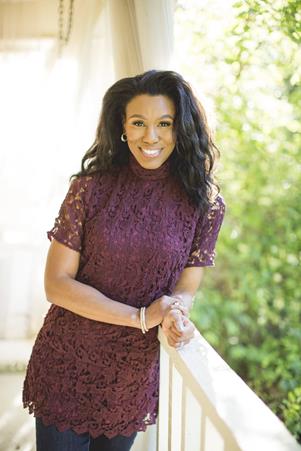 “Well I think the major film making companies are realizing is that there’s a huge market of people — like myself who want to be able to take their entire family and enjoy a night at the movies. And the options for doing that are very few,” Shirer said.

“So when there is an opportunity to have a faith-based film that is not only going to be enjoyable and entertaining and is going to have excellence in the cinematography, but also has a ‘faith element’ in it, then it’s going to direct us towards things that are Eternal. When all of that is in one package — man that is something that people are longing for and they’re looking for! And that’s why I believe that the War Room movie for example did so well, and that’s why I know I Can Only Imagine is going to do well too. “

Shirer added that she didn’t quite know her acting career happened.

“A couple of writers and directors asked me along the way would I consider jumping into a role here or there and at first I said no, I’m not an actress! But it’s been a gift to do ministry this way — that’s what I see it as.

“But my main purpose, my main goal again, is ministry — however the Lord asks me to do that but most of the time I’m able to do that through Bible Studies and books and through speaking and teaching. So I’m very much still doing that through Going Beyond Ministries. It is my honor and my privilege to stand before mostly women and to have the opportunity to share God’s Word, lead them into the truths of God’s Word, and spur them on in their walk with the Lord.”

I Can Only Imagine opens in theaters on March 16.

ANS would like to thank Robin Frost for transcribing Peter Wooding’s interview with Priscilla Shirer.