Top Posts
Knowing the One Who Always Keeps His Word
Pregnancy Resource Centers Fight For Life Amidst Opposition
This World is Not Our Home
Lessons Learned From a Gingerbread House
Let There Be Peace on Earth
‘I Wanna Dance’ movie: Whitney Houston’s success and...
Fact Finding, Sight Seeing, and Prayer Walking
Kidney donation led to 8 life-saving surgeries
The Power of Curiosity
When Love Came Down at Christmas
Home Tags Posts tagged with "Prison Fellowship"

Vasily and Rosa Zhugylov are child/family coordinators for Mercy Projects in Ukraine. I have known them many years but recently during a training seminar in Kyiv, I spent some time with this very special couple. Amazingly, they spent their 17th wedding anniversary at the seminar, as they did not want to miss it. (- Jeff Thompson, MP President/Founder) Read the full story from the Mercy Projects newsletter at MercyProjects.org.

The Story of Rosa and Vasily 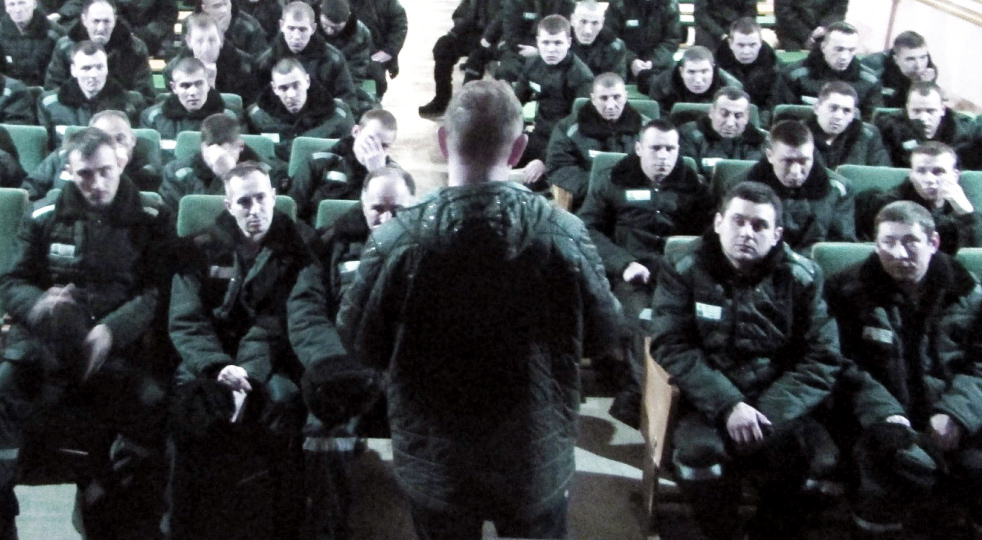 “Originally I am from Kyiv. In the Soviet Union times, of course no one talked about God. Churches were mostly forbidden. I remember when I was about nine years old; I really wanted to know about God. There was no Jeff, no Mercy Projects mission in Ukraine to explain it to me. I asked my mum: “What happens when we die? Will we just stop being alive? We will never exist again?” She said: “Yes, son, never.” I remember crying myself to sleep that night.

I was raised without God, and like most of my friends, I began to drink alcohol and get in trouble. I did my compulsory Soviet military service, and after that worked at a factory. I began stealing stuff, pretty much like everyone else, but my thefts became serious. Eventually I served my sentence in a maximum security regime at Cherkassy-62 prison.

In the prison, I met Pastor Anatoly Perepalitsa. He preached the Gospel to us and I repented there. They baptized me in prison in 1994. The Christian group grew so quickly that they needed a bigger meeting room. Our congregation grew to around 150 men. The prison director allowed us to build a House of Prayer on the prison territory. 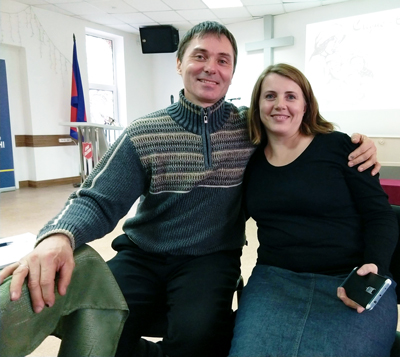 Vasily and Rosa celebrated their 17th anniversary at our Kyiv training seminar.

I was released in 1997 and began to evangelize everywhere I could. A few years later I worked at a private ice-cream production factory in Kyiv. The owner was not a believer but he liked to hire Christians because they did not steal the ice cream. He always put the Christian workers on the night shift because unbelievers would steal from him at night. The owner totally trusted Christians and this is why Rosa was also hired.

Read the full story from the Mercy Projects newsletter at MercyProjects.org.