Top Posts
Colorado football coach Sanders’ unabashed faith
There’s A Light That Enters Houses With No...
Knowing the One Who Always Keeps His Word
Pregnancy Resource Centers Fight For Life Amidst Opposition
This World is Not Our Home
Lessons Learned From a Gingerbread House
Let There Be Peace on Earth
‘I Wanna Dance’ movie: Whitney Houston’s success and...
Fact Finding, Sight Seeing, and Prayer Walking
Kidney donation led to 8 life-saving surgeries
Home Tags Posts tagged with "Protestant Families"

HIDALGO, Mexico (ANS) — Community leaders in a village in Hidalgo state are threatening to expel two Protestant families if they do not fully pay a fine levied against them because of their religious beliefs.

Christian Solidarity Worldwide (www.csw.org) reports the two families belong to a group of Protestant families in La Mesa Limantitla, located in the Huasteca region of Hidalgo, who were pressured to sign an agreement renouncing their faith in January 2019. 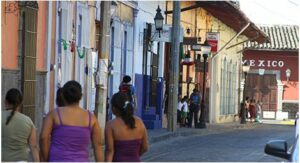 The families were forced to sign an illegal agreement on January 15, 2020 in which they renounced their right to hold religious services in order to have their access to water and other essential services reinstated. The state authorities paid part of a fine of $57,700 Mexican pesos (approximately £2136) that was levied against each family as part of the agreement. However, after several follow-up meetings, including on August 22 and most recently on November 7, the families have been told that they face being cut off from essential services again or expelled from the community as they cannot afford to pay the rest of the fine.

Nemesio Cruz Hernández told CSW: “[The community leaders] have called a meeting to decide on our future this Saturday, 14 November. We are afraid that not only will they suspend our access to services but that we will be expelled from the community.”

CSW said the families had previously been threatened with forced displacement by community leaders in July 2019 if they did not make financial contributions to local Roman Catholic festivals and participate in other activities which conflicted with their religious beliefs.

According to CSW, violations of freedom of religion or belief (FoRB) are common in the Huasteca region of Hidalgo, which has a large indigenous population. Examples include the denial of access to essential services such as water and electricity for religious minorities, blocking religious minority children from attending school, arbitrary detention and forced displacement.

CSW stated that Mexican law gives indigenous communities the right to protect their culture and maintain traditional governing structures as long as fundamental human rights protected by the Mexican constitution, including FoRB, are respected. However, a lack of understanding of these provisions and government inaction leads to high incidences of rights violations.

CSW’s CEO Scot Bower said: “We are deeply troubled by the escalating threats against Nemesio Cruz Hernández, Eligio Santiago Hernández and their families in La Mesa Limantitla, and what could happen to them if the state government does not take swift action to ensure that their right to freedom of religion or belief is upheld.

“We call on local authorities in La Mesa Limantitla to cease harassment of these families and to allow them to practise their religion free from hindrance or illegal conditions. We also call on Hidalgo State Governor Omar Fayad Meneses to address the injustices against these families without delay, and to ensure that officials in his administration uphold rule of law. Both federal and state governments in Mexico must uphold the right to freedom of religion or belief and ensure just outcomes for all religious minority communities experiencing violations on account of their religious beliefs.”