Top Posts
Knowing the One Who Always Keeps His Word
Pregnancy Resource Centers Fight For Life Amidst Opposition
This World is Not Our Home
Lessons Learned From a Gingerbread House
Let There Be Peace on Earth
‘I Wanna Dance’ movie: Whitney Houston’s success and...
Fact Finding, Sight Seeing, and Prayer Walking
Kidney donation led to 8 life-saving surgeries
The Power of Curiosity
When Love Came Down at Christmas
Home Tags Posts tagged with "Redimere Revealed" 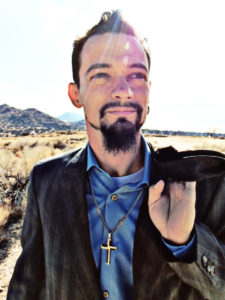 ALBUQUERQUE, NEW MEXICO (ANS)—Andrew James has experienced much in his life. Growing up on the East coast James fell into cultic activities in his youth, but eventually found new life in Christ.  He moved West and found a home in New Mexico, spending the majority of his time writing and raising a family.  With the release of Redimere Revealed, book one of the Veritas Codices, James reveals much about his interests and deep love of both Christ and writing.  I caught up with James at Parchments Bookstore in Albuquerque, New Mexico to discuss his book and the writing process.

You’ve lived quite a life. Do you mind giving a summary of highs and lows of your life?

I’ve been writing since I was seven, and writing novel length stories since I was twelve. Frank Peretti, C.S. Lewis, Tolkien, Ted Dekker, and Terry Goodkind all influenced my writing and desire to write. Drawing inspiration from my Lord, my family, and my past, I am able to write from the perspective of most of my characters. Also, when I sit down to write or study, I think in synonyms, so to speak. For instance with Redimere, I wasn’t thinking of a linear story line, but rather every possible decision the character of the moment could make based upon their personality and mindset.

Concerning Redimere:  Can you give a short summary of the book?

Two siblings are sent to find the origin of humanity. They crash onto a planet that was not their destination, make friends and discoveries, and ultimately have a showdown with their mortal enemies, the Xeraxians. 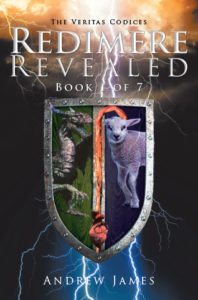 How would you describe Redimere?  Science fiction, fantasy, or something new?

My publishing group and I have struggled with this question. We want to say Science Fiction, but there are so many other elements. Steampunk, post-apocalypse, fantasy. We’re constrained to saying science fiction, but it really is something brand new. I think that may be one reason we’ve been struggling to get it out on shelves, hence the GoFundMe campaign you and I spoke of before the interview.

Without giving away the ending, how did you come up with the story?

The whole Veritas Codices began as a dream, which I wrote down. That eventually became the outline for the whole seven-part series. Redimere Revealed is the first novel. The title roughly translates to “The Redeemed Revealed,” and the entire series follows a similar theme.

Did you put elements of your own life and thoughts in the book, or is it purely fictional?

There are definitely elements of my own life. The romances the siblings find themselves in have shades of the romance I share with my wife. The villain of the novel is one I have been intimately acquainted with in times past. Many of the struggles faced by characters, no matter how minor, are struggles I have experienced. So yes, there is certainly some real life color in the fiction.

In Redimere, what was more difficult:  scene construction or character development?

Again, I naturally think in synonyms. Character development is difficult only to the extent that some characters have actually surprised me in their choices. I know that sounds odd. As for scene construction, I guess that really was the most difficult. I have a tendency to get too loquacious. [laughs].

How long did it take you to write the book?

From start to end, it was about four years, I believe. Though the bulk of the book was actually finished in about six months. That covers completing the longhand writing to typing it up.

What is next—book 2?  Can you give a snapshot of it?

Rises follows the siblings in their relationships. It also follows a brand new member of the Redimere Order and his family, separated by worlds. A new enemy rises, and an old friend seems to begin to stray from the path. Redimere emphasizes the existence of a remnant, and in Rises we see how remnants are formed.

You seem to keep busy. What else do you have going on right now? 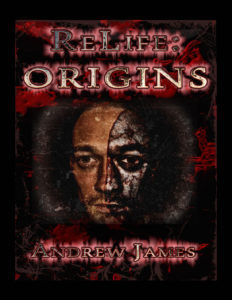 I do! The sequel to Redimere is nearly finished in draft form, so that’s in progress. I also just released the first of another series, ReLife: Origins, available as both ebook and paperback from Amazon. It’s a complete departure from Redimere in terms of content, but it’s a fun adventure. Its sequel, Plot, is set to release mid-summer.

What advice would you give Christian authors, particularly those writing in Christian fiction?

Remember that it is up to the Holy Spirit to draw people. It’s not up to us. If someone can be intellectually convinced of Christ, they can likewise be intellectually drawn away. Being heavy handed with symbols and metaphors only tends to bog down the reader. Things have to progress naturally, without pushing, for the story to truly grip the hearts and minds of those reading.

How can people get a hold of you?