Top Posts
Colorado football coach Sanders’ unabashed faith
There’s A Light That Enters Houses With No...
Knowing the One Who Always Keeps His Word
Pregnancy Resource Centers Fight For Life Amidst Opposition
This World is Not Our Home
Lessons Learned From a Gingerbread House
Let There Be Peace on Earth
‘I Wanna Dance’ movie: Whitney Houston’s success and...
Fact Finding, Sight Seeing, and Prayer Walking
Kidney donation led to 8 life-saving surgeries
Home Tags Posts tagged with "Refugee Camps"

TIGRAY, Ethiopia  (ANS) – Christian Solidarity Worldwide (www.csw.org) is deeply concerned at reports indicating that atrocity crimes may be underway in Ethiopia’s Tigray region, where a violent civil war has been taking place since the start of November.

In a Media Release, CSW says the conflict began on November 4 when Ethiopian Prime Minister Abiy Ahmed ordered a military offensive against the Tigray Peoples’ Liberation Front (TPLF) forces in response to an attack on a federal army base which the Tigrayan authorities described as pre-emptive. While the Ethiopian authorities claim their forces are only targeting the Tigrayan leadership, forces and allied militias, over the course of the conflict, egregious violations have been reported, including rape, extrajudicial killings, and the indiscriminate bombing of homes, churches, mosques, educational establishments and other civilian structures. 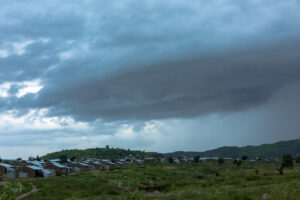 On November 22 UK newspaper The Sunday Telegraph reported that Ethiopia “may be on the edge of genocide,” detailing violence including the decapitation of four children, and babies being cut out of pregnant women. CSW has also received disturbing reports of house to house shootings in the town of Zalambesa that allegedly resulted in the extrajudicial executions of over 50 people.

The Ethiopian government has issued a 72-hour ultimatum calling on the Tigray People’s Liberation Front (TPLF) forces to surrender or face an all-out assault on the regional capital of Mekelle involving tanks, drones and artillery. The Ethiopian government spokesman Colonel Dejene Tsegaye also told civilians in Mekelle to “save themselves from artillery attacks and free themselves from” the TPLF within that time frame, adding that “after that there will be no mercy.”  The statement was later clarified as meaning there would be no mercy for the TPLF leadership after criticism that it illustrated intent to commit a war crime.

Last week David Alton, an independent member of the UK House of Lords, wrote to the UK Foreign Secretary Dominic Raab raising concerns about the conflict and encouraging the UK government to take action. He also warned that “inflammatory rhetoric that negates the rights and humanity of others” as has occurred during the course of this conflict “is often a prelude to atrocity crimes.”

In another worrying development, the non-governmental organisation (NGO) Human Rights Concern- Eritrea (HRCE) has confirmed that units of the Eritrean army have been fighting in Tigray since hostilities began. HRCE Director Elsa Chyrum informed CSW that her organisation had confirmed the participation of 1000s of Eritrean troops, including conscripts, infantry, and mechanised armoured divisions.  They have been fighting on all three war fronts, and as a result, have sustained very heavy casualties.  There is even video footage of captured soldiers belonging to Division 21 of the Eritrean Army.”

The presence of Eritrean troops has heightened concerns for the wellbeing of Eritrean refugees, who are accommodated in four camps within reach of the Eritrean border. Many are unaccompanied minors. The local office of United Nations High Commissioner for Refugees (UNHCR) is unable to access these camps due to the fighting; monthly food rations are coming to an end, and occupants can no longer access healthcare. There is also an alarming allegation, which is yet to be confirmed, that one of the camps, Shimelba, may have come under attack by ethnic Amhara militia allied to the Ethiopian forces, causing some refugees to flee, while several were returned forcibly to Eritrea.

In his letter, Lord Alton, who is a vice chair of the All Party Parliamentary Group (APPG) on Eritrea, also highlighted the plight of the refugees, urging the UK government to remind Ethiopia of its obligations “under the UN and African Refugee Conventions with regard to the  protection, provision, and non-refoulement of refugees,” adding that the Ethiopian government “should also be encouraged to open a humanitarian corridor, enabling the UNHCR to supply food and other essentials to these camps.”

On November 20 the UNHCR released a statement in which it expressed its increasing concern for  “the safety and security of all civilians in Tigray, including the 100,000 Eritrean refugees located in four camps there.”  It also placed  the number of people who had fled Tigray for eastern Sudan at over  33,000, indicating a looming humanitarian crisis, which according to Lord Alton, “could have the unfortunate side effect of placing additional pressure on a country that is undergoing a sensitive process of democratic transition.”

CSW’s Founder President Mervyn Thomas said: “CSW is deeply concerned by the conflict in Tigray region which is impacting civilians disproportionately and increasing the vulnerability of Eritrean refugees in the region. The persistent reports of violations which may amount to atrocity crimes necessitate an immediate international response.  Pressure must be exerted to ensure an immediate ceasefire, the withdrawal of Eritrean troops, the opening of humanitarian corridors to assist refugees and civilians, and the immediate, independent verification and investigation of possible war crimes and crimes against humanity.

“The  Ethiopian government must urged to ensure protection for refugees in accordance with international law, and to fulfil its obligations  under the International Covenant on Civil and Political Rights (ICCPR) and the African Charter on Human and People’s Rights, as well as under the Rome Statute, which describes the targeting of civilians, including through deliberate starvation, as a war crime. We urge Prime Minister Abiy Ahmed to take immediate steps to de-escalate the conflict, ensuring full respect for the right to life and the fundamental freedoms of all Ethiopian citizens, regardless of ethnicity.”