Top Posts
There’s A Light That Enters Houses With No...
Knowing the One Who Always Keeps His Word
Pregnancy Resource Centers Fight For Life Amidst Opposition
This World is Not Our Home
Lessons Learned From a Gingerbread House
Let There Be Peace on Earth
‘I Wanna Dance’ movie: Whitney Houston’s success and...
Fact Finding, Sight Seeing, and Prayer Walking
Kidney donation led to 8 life-saving surgeries
The Power of Curiosity
Home Tags Posts tagged with "Roaring Twenties Fast"

A group of evangelists who readily use their social media platforms as a modern age pulpit-for-the-masses are calling on 1 million young people to fast and pray at the beginning of the new decade and throughout 2020. 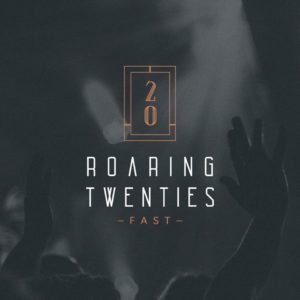 “The call for one million young people to fast and pray is historic but must not be about any one church, leader, organization or denomination but rather a collective of believers young and old who sense that God is about to do something historic in the roaring twenties,” said the lead visionary behind Roaring Twenties Fast, Dr. Malachi O’Brian.

“We are encouraging a 21-day period starting on January 5, 2020 to fast however God leads you – or you can fast another time throughout the year,” leaders state.

In just the last few weeks after its launch, a Facebook group dedicated to the fast and for adding leaders, has grown to nearly 3,000 members. All 50 US states are represented in Roaring Twenties Fast groups branching from the main group. People and ministry groups from other countries have also joined the movement.

“Throughout history, every time there has been a communication shift, revival has almost assuredly followed,” said Jon Groves, who serves as one of the leaders in “Digital Billy Grahams,” a ministry project by Think Eternity. “People took note of a new medium by which to flood their contexts with the message of revival.

“Now, with the explosiveness of new social media networks, there has never been a greater opportunity to flood the globe with the message of the gospel. Our phones have become larger pulpits than our heroes ever preached on.”

Groves explained, “It’s incredible to me how my generation is searching for answers and ancestors online in an attempt to discover purpose and peace. When in actuality, connectivity, purpose, peace …family… it’s all found in the kingdom of Christ.”

He said he doesn’t want “the roaring 20’s to be just another hype decade.”

“I’m asking God for a fresh outpouring of His Spririt, just as he promised in his word, so that the roar of this next decade will be heard for generations to come. An awakening. A revival. More than just viral posts. An infectious thirst for depth, consecration, and commitment to Christ,” Groves said.

Ministry is fun when you dream big and serve with great friends. Here are two exciting initiatives I get to do alongside @evangelistmatt and so many other rockstars. pic.twitter.com/WgsuZexmsx

Think Eternity founder, Matt Brown, who has more than 150,000 followers on Twitter, said he believes that “God is putting the same desire in many hearts to press in for revival.”

“If you think about it, the chaos of our culture is higher than ever since everyone has social media,” he said. “Everyone’s yelling at each other. People are growing in their desperation for God to move.

“The theme on our hearts for this fast is consecration, to surrender and commit more fully to the Lord. Fasting helps us turn down the noise and focus on what truly matters.

“People are feeling a need for that,” Brown said.

Calling 1 Million young people to fast and pray as we enter into the Roaring Twenties..https://t.co/gnlUQwHYrn#RoaringTwentiesFast pic.twitter.com/VMfNLg70dg

“In 1995, Bill Bright, founder of Campus Crusade issued a call for fasting in hope of spiritual revival,” Malachi stated. “Bright said, ‘Prayer has great power, but fasting with prayer has infinitely more power.’ In 1995 and in the years to follow, prominent leaders like Dr. Ronnie Floyd, Jerry Falwell, Jentezen Franklin, Dr. Steve Gaines, Lou Engle, John Piper, and many others joined Bright in fasting for revival.

“There is great hope and expectancy for another great spiritual awakening in America and the nations during a time of so much division, pain, and global uncertainty. A new generation is hungry for God to move in great power and is embracing the call to fasting and prayer as a primary tool to advance the Gospel.”

For more information, go to RoaringTwentiesFast.com.

Bringing in more than just a new year.
Asking God to usher in revival in this next decade. https://t.co/UWo5bKuloZ pic.twitter.com/coBoO3msJ0