Top Posts
Knowing the One Who Always Keeps His Word
Pregnancy Resource Centers Fight For Life Amidst Opposition
This World is Not Our Home
Lessons Learned From a Gingerbread House
Let There Be Peace on Earth
‘I Wanna Dance’ movie: Whitney Houston’s success and...
Fact Finding, Sight Seeing, and Prayer Walking
Kidney donation led to 8 life-saving surgeries
The Power of Curiosity
When Love Came Down at Christmas
Home Tags Posts tagged with "Rohingya Christians"

Barnabas Aid reports the Rohingya have endured that murder, arson, rape and arbitrary arrest at the hands of the Myanmar military, driving more than half the community in Myanmar to flee. This Muslim people group are rightly recognized as one of the most persecuted minorities in the world. 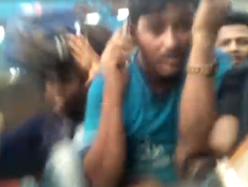 The ministry says there is a minority within the minority, who are persecuted still more – the Christian Rohingyas.

Estimated at just a few hundred in the camp – possibly up to 2,000 – Rohingya Christians are mainly converts from Islam. They are isolated from other Christians in Bangladesh. Their existence is unrecognized by other Rohingyas, except as a group to be despised and rejected.

This year has seen a spate of anti-Christian violence in the camps.


Barnabas Aid says the worst incident was in May, when a group of 17 Christian families (69 people) came under sustained and systematic violent attack. The families lived close to each other in one of the camps at Cox’s Bazaar. Their homes were frail and simple shacks, with walls of mud or bamboo, roofed with corrugated metal or tarpaulin.

For at least three consecutive nights, they were attacked by a Muslim mob of up to several hundred men, armed with knives, swords, iron rods, stones and catapults. Several homes were destroyed, possessions were stolen, including the equipment of a Christian barber, and a boy was stabbed in the back and had to be treated in hospital. Meanwhile the barber was forced to go to the mosque to be re-converted to Islam.

None of the camp security personnel came to the aid of the Christians, when they phoned for help during the attacks.

On the last night, the Christians were told they would be killed unless they left the camp. They next day all set off but were soon driven back to the camp by police and security guards, who promised them security. But this month, September, the attacks have started again.

A Rohingya church leader pleaded with Barnabas Aid this week to encourage prayer from Christians around the world for the protection of Rohingya believers.

In another camp, a bamboo-and-tarpaulin church building and a Christian school were demolished on March 27. Immediately the Muslims performed their ritual prayer on the site, thus turning it into a mosque.

“Chase them out of this place”

It was probably no coincidence that this year has seen repeated violence against Rohingya Christians. For in December 2018, Rohingya National News reported that angry Rohingya Muslims were  calling on the Bangladeshi government to expel Rohingya Christians from the camps. They falsely accused the Christians of paying Muslims to convert to Christianity. One appealed to Muslim leaders worldwide to “chase them [the Christians] out of this place.”

According to the ministry, Rohingya Muslims are typically peaceful and tolerant, but Saudi influence has radicalized some.

Stirring up the violence against the Christians is an extremist group called the Arakan Rohingya Salvation Army (ARSA, formerly called Harakah al-Yaqin). During the violence in May, they also pressured Muslim shopkeepers in the camp to refuse to sell to Christians. The Christians therefore struggled to buy basic groceries, even though they had small sums of money available from their UN-issue payment card.

Rohingya Christians also find they are left out when humanitarian relief from NGOs (non-governmental organisations) is given out. The international relief agencies use Rohingya Muslims to organize the distribution of rice, blankets, mosquito net, etc – the result is that the Christians receive nothing. The Christians see behind this the influence of the ARSA.

Barnabas Aid is working discreetly with Rohingya Christians to give them food, clothes, medication and other basic needs, as well as materials to repair homes that are damaged or destroyed, either by violence or by the heavy rains that often afflict Bangladesh.