Top Posts
Colorado football coach Sanders’ unabashed faith
There’s A Light That Enters Houses With No...
Knowing the One Who Always Keeps His Word
Pregnancy Resource Centers Fight For Life Amidst Opposition
This World is Not Our Home
Lessons Learned From a Gingerbread House
Let There Be Peace on Earth
‘I Wanna Dance’ movie: Whitney Houston’s success and...
Fact Finding, Sight Seeing, and Prayer Walking
Kidney donation led to 8 life-saving surgeries
Home Tags Posts tagged with "Roma Downey’s ‘Box of Butterflies’" 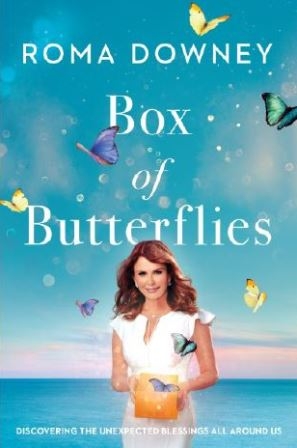 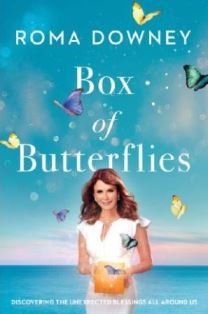 HOLLYWOOD, CA (February 7, 2018) — As a young girl in Northern Ireland, actress and producer Roma Downey has always seen butterflies as a reminder of God’s presence. Her beloved mother died when she was just ten, and she was faced with the challenge of loss from an early age.

But she found comfort and strength in her faith and she was inspired with hope by the symbol of the butterfly: “A butterfly begins its life as a simple caterpillar, creeping and crawling along the ground. And yet that is just its beginning. Through the process of metamorphosis, through the patience and darkness and the struggle of the cocoon, this little caterpillar emerges on the other side as a stunning butterfly, a creature with wings and the ability to fly,” she writes in Box of Butterflies (Howard Books/Atria; March 6, 2018; $24.99).

In this beautiful full color, deeply personal book with a lovely foreword written by her dear friend Della Reese — her “Touched by an Angel” co-star, Roma shares stories from her life, alongside quotes, poems, scripture, and artwork that have inspired her in dark times. She generously shares them with readers in the hopes that they might be uplifted and inspired as well.

On her father’s example of kindness, she says: “His example has been an inspiration to me my entire life. It has caused me to commit to treating people with kindness and respect and to be on the lookout for ways to brighten someone’s day. It’s easy to get busy and forget to share simple kindnesses, but I know from experience that little acts of compassion add up to a life of great significance.”

Then on getting the courage to do difficult things, Roma states, “I’ve learned that God sometimes calms the storm, but at other times He lets the storm rage and calms the child. So when you feel like you are drowning in the sea of life, just remember that your lifeguard walks on water.” 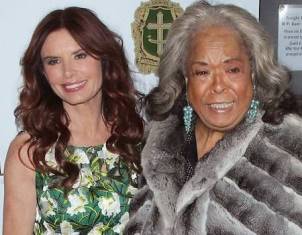 Talking about the power of nature, she says: “To me, a field can be just as holy as the largest cathedral. It can usher in a moment just as profound as the greatest sermon.”

Then, on our ability to be angels in this world, she writes: “Let’s not be paralyzed by the huge need in our world or overwhelmed by all the pain — and end up doing nothing. We must do something, and if we each do something, give something, help someone, then together we can make a difference. In that way, we can live our lives as a chorus of gratitude.”

The actress, who is married to TV and film, Mark Burnett, a one-time British paratrooper, also addresses our search for home, by saying, “So while we go out in the world, searching and searching and searching for home, it is within that we will find it. Our home is knowing that we are God’s beloved children; and no matter how dark life can feel, He is always there to guide us, comfort us, and shelter us. He is our home.”

On the promise of heaven, she says: “I know that the reason I was able to keep going after the loss of my mother was that my faith had taught me I would see her again. My faith told me, Yes, this hurts. Yes, life is hard. But take heart. This is not the end. Jesus rose after three days, and our spirits, too, are immortal. There is a place waiting for you. It is filled with God and your loved ones. All tears will be dried. All hurts will be healed. It is paradise, and it is forever.” 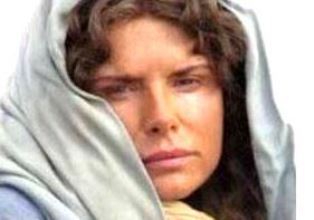 Roma is an Emmy® nominated actress and producer who has been creating inspirational content for twenty-five years. Born in Northern Ireland, she was classically trained in London. She has performed on stage with the famed Abbey Theater and has appeared both on and off Broadway. For almost a decade, Roma starred on CBS on the hit show, Touched by an Angel. In her role as the tender-hearted angel, Monica, she garnered multiple Emmy and Golden Globe nominations.

As president of LightWorkers Media, the joint venture owned by MGM, Downey and her husband Mark Burnett produced The Bible series on the History Channel which was watched by more than 100 million people in the US alone. They also produced the feature film Son of God that stunned the box office when it became one of the highest faith movie openings of all time.

In 2016 Downey received the Irish Diaspora Award for Outstanding Contribution to the Screen from the IFTA as well as her star on The Hollywood Walk of Fame. The Hollywood trade publication Variety recognized Downey as a “Trailblazer” and listed her as Variety’s “100 Most Powerful Women in Hollywood.” The Hollywood Reporter included her and Burnett as their “Most Influential People of 2013.”  In 2014, Downey won the Movieguide ® Grace Award for her role as Mother Mary. That same year, Downey was also honored on Variety’s Women of Impact.

In addition to “The Bible” and “Son of God,” Downey and Burnett have produced numerous television series including “The Women of the Bible” for LIFETIME, “The Dovekeepers” for CBS, “A.D. The Bible Continues” for NBC, and “ answered Prayers” for TLC. They were also executive producers on the feature films “Little Boy” for Open Road Films, “ Woodlawn” for PureFlix, “Ben-Hur” for MGM and Paramount and the documentary “Faithkeepers” about the persecution of Christians in the middle-east. 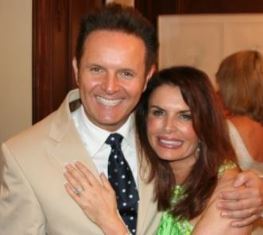 Note: To watch my video interview with Roma Downey and Mark Burnett about “A.D. The Bible Continues” at the NRB and filmed by my son, Peter Wooding, please go to: https://www.youtube.com/watch?time_continue=25&v=O7X0X-tm44U 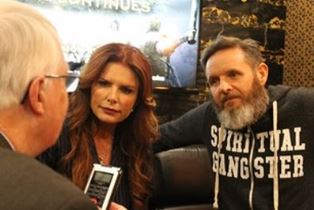 About the writer: Dan Wooding, 77, is an award-winning author, broadcaster and journalist who was born in Nigeria of British missionary parents, Alfred and Anne Wooding, and is now living in Southern California with his wife Norma, to whom he has been married for nearly 55 years. They have two sons, Andrew and Peter, and six grandchildren who all live in the UK. Dan has written numerous books, the most recent of which is Mary, My Story from Bethlehem to Calvary (http://marythebook.com/), a novel about the life of Jesus through the eyes of his beloved mother. It is based on some 365 scriptures, and was endorsed by Roma Downey. Before he and his family moved to the United States in 1982, Dan was a senior reporter with both the Sunday People and the Sunday Mirror and also did interviews for the BBC. He has interviewed Roma Downey and Mark Burnett on several occasions.