Top Posts
There’s A Light That Enters Houses With No...
Knowing the One Who Always Keeps His Word
Pregnancy Resource Centers Fight For Life Amidst Opposition
This World is Not Our Home
Lessons Learned From a Gingerbread House
Let There Be Peace on Earth
‘I Wanna Dance’ movie: Whitney Houston’s success and...
Fact Finding, Sight Seeing, and Prayer Walking
Kidney donation led to 8 life-saving surgeries
The Power of Curiosity
Home Tags Posts tagged with "Ron Luce"

Heralded as Boxer of the Decade (2001-2010) by the World Boxing Council, Boxing Writers Association of America, and HBO, Pacquiao holds numerous awards and honors in the field of professional boxing. 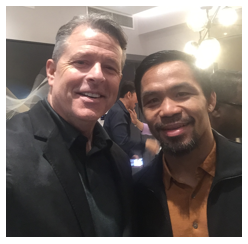 In addition to his achievements in the ring, Pacquiao has also enjoyed success as a recording artist, actor, and politician, currently serving a six-year term as a senator in the Filipino congress.

“Manny has managed to be an incredible example as a follower of Christ both when he was losing fights and winning. We are so excited that he will be sharing his story with millions of youth at JESUS GLOBAL YOUTH DAY,” said Ron Luce, co-chairman and director of Jesus Global Youth Day (JGYD) and president of Generation Next.

“The influence that he has in his home country and around the world will be instrumental in our launch of this world-wide event. We already have an impressive lineup of world-class speakers, and being able to add someone of Manny¹s caliber will only serve to make a great event even greater.”

Manny will join other speakers who share his grave concern over the growing competition for the hearts and minds of young people. A steering committee made up of leaders in 45 nations has come together to create and facilitate Jesus Global Youth Day, August 8-10, 2019 at the Mall of Asia Arena, Manila, Philippines.

JGYD 2019 will be streamed live to 1,000 locations, partnering with 10,000 churches with the potential of reaching up to one million Filipino youth alone. And for the very first time, on the night of August 10, another 83,000 churches filled with young people from all over the world will join a global broadcast that will unite millions of youth in the name of Christ.

Other speakers include significant church leaders and worship leaders from Africa, Asia, Latin America, India Russia and USA all coming together with youth from around the globe.

Tickets for the conference at the Mall of Asia Arena are available at SM Tickets here: https://smtickets.com/