Top Posts
Pregnancy Resource Centers Fight For Life Amidst Opposition
This World is Not Our Home
Lessons Learned From a Gingerbread House
Let There Be Peace on Earth
‘I Wanna Dance’ movie: Whitney Houston’s success and...
Fact Finding, Sight Seeing, and Prayer Walking
Kidney donation led to 8 life-saving surgeries
The Power of Curiosity
When Love Came Down at Christmas
A Walk of Faith Begins with a Step...
Home Tags Posts tagged with "Ryan Francis"

ALBUQUERQUE, NEW MEXICO (ANS)—Books hold mysteries.  Take for instance the Bible.  According to ListVerse, there’s “10 Puzzling Biblical Mysteries We’ll Never Solve.” The mysteries range from the Behemoth (number 9) to the Missing Books (number 4).  But the Bible’s not the only book with mysteries.  The Voynich Codex is another. 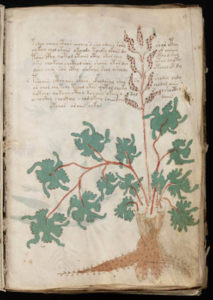 The Voynich Codex is a book reaming with an indecipherable language, illuninated by various illustrations ranging from humans and flowers to geometric symbols.  Even some of the finest code breakers have yet to unlock the 240-page manuscript.  Yale University Library owns the Voynich Codex.

When Albuquerque-based musical ensemble, Chatter, announced it would perform composer Ryan Francis’ composition influenced by the manuscript in a World Premiere performance, my interest was perked. 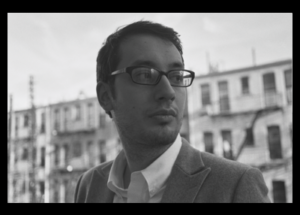 “I’ve long been drawn to the Voynich Manuscript for its status as a persistent, unsolved mystery from history. Purchased by Wilfrid Voynich from a Polish book dealer in 1912, the manuscript has been carbon dated to the 15th century.  It is written in a wholly unique alphabet that has yet to be conclusively deciphered, despite the efforts of hundreds of professional and amateur cryptographers. The illustrations suggest it has something to do with botany, astrology, biology, ritual, and medicine, but the evocative nature of the manuscript has also inspired many far-flung theories about its exact meaning.”

As one can surmise, mystery is manifest within the Voynich Codex helping inspire the composition by Francis. 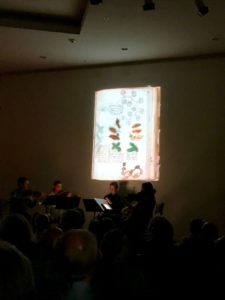 Chatter performing Voynich Transcriptions at the Albuquerque Museum of Art

Beginning the program, clarinetist, James Shields, provides a brief overview of the composition, calling the piece “haunting” and “beautiful.”  As the performance commences, the audience–of a couple hundred people– sit in rapt attention at the Albuquerque Museum of Art, slides of the Voynich Codex displayed on a screen.

Concerning the 28-parts, Francis mentions, “Voynich Transcriptions responds to the structure and aesthetics of the strange codex, consisting of 28 short sections that take their inspiration from the illustrations and occasionally the constructed language of the text.” 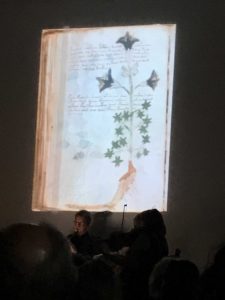 Chatter at the Albuquerque Museum of Art

The 28-piece work was manifest with intricate time signatures, suggestive sonic landscapes—from legato (long notes) to striking—often beautiful, melodic motifs.  Some of the pieces roamed the boundaries of atonality but stayed within the sphere of harmonic semblance, affording the audience an atmosphere of resonating music.  I enjoyed the compoisiton, and I believe others did as well.

One attendee says the piece mesmorized him, echoing Shield’s description as “haunting.”

But as wonderful the music, the Voynich Codex slides were just as engaging. Flowers, shapes, human figures, and botanical gardens were replete with words. All unknown in meaning, but somehow familiar. What exactly was the author of the Codex trying to get across?  Was he or she providing herbal remedies?  A cookbook? Secret geometric codes of space?  Deep mysteries of God?  One recent theory is that the Codex is a plagiarized book on women’s health. Who knows?

What we do know is that Francis gave us a marvelous work based upon a mysterious book, a composition induced of the Codex.