Top Posts
Colorado football coach Sanders’ unabashed faith
There’s A Light That Enters Houses With No...
Knowing the One Who Always Keeps His Word
Pregnancy Resource Centers Fight For Life Amidst Opposition
This World is Not Our Home
Lessons Learned From a Gingerbread House
Let There Be Peace on Earth
‘I Wanna Dance’ movie: Whitney Houston’s success and...
Fact Finding, Sight Seeing, and Prayer Walking
Kidney donation led to 8 life-saving surgeries
Home Tags Posts tagged with "Salvation Army" 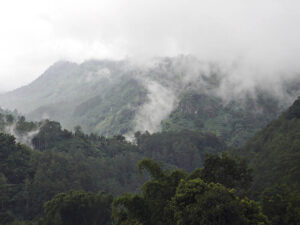 Around 8:00 a.m., the Lewonu Lembantongoa Service Post, located in Sigi Regency, Central Sulawesi, set up as an outreach effort by the Salvation Army in Indonesia (Bala Keselamatan), was attacked by the alleged terrorist.

He set the church on fire, before attacking Captain Arnianto, Mrs. Mpapa, Lieutenant Abram Kako and his wife, and burning down six houses belonging to church members. Of the four victims, three were hacked to death, while the other was burned.

In the video seen by ICC, the charred victim was pulled from a pile of ruins, with smoke still rising in the background. The fowler position of the body suggests the agony and pain endured by the victim before death.

Lemban Tongoa is located in the forest, where access to information and transportation is limited. ICC will continue to follow up to learn more about the details of the attack. The Salvation Army is asking for prayers “for the family of the victims, for the church, and for the peace of the region.”

Gina Goh, ICC’s Regional Manager for Southeast Asia, said, “ICC mourns the death of our Indonesian brothers and sisters who were brutally murdered by the alleged terrorist. We urge the Indonesian government to take necessary measures to hold him accountable and bring him to justice. Such senseless acts cannot be tolerated in the country that boasts ‘Pancasila,’ the state ideology which promotes religious harmony and tolerance.”