Top Posts
Knowing the One Who Always Keeps His Word
Pregnancy Resource Centers Fight For Life Amidst Opposition
This World is Not Our Home
Lessons Learned From a Gingerbread House
Let There Be Peace on Earth
‘I Wanna Dance’ movie: Whitney Houston’s success and...
Fact Finding, Sight Seeing, and Prayer Walking
Kidney donation led to 8 life-saving surgeries
The Power of Curiosity
When Love Came Down at Christmas
Home Tags Posts tagged with "Sara Bush"

LOS ANGELES, CA (ANS) — “The more time passed, and the more gruesome the crimes I witnessed, the less I wanted to talk about it,” said Sgt. Mike McGrew.

“I found myself internalizing a lot of the trauma I experienced. It may have been an attempt at self-preservation, but bottling it up only allowed the darkness to eat me up from the inside. I believed all the murders and deaths I had seen cost me my family, and took much of my soul,” he said. 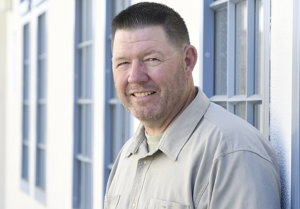 “The reality was many of my colleagues suffered from some form of post-traumatic stress injury. It would become part of my life’s mission to help law enforcement officers and veterans who struggled with the darkness they encountered on the job. But I couldn’t save anyone from a life of despair until I was saved myself.”

30-year police veteran Sergeant Mike McGrew worked some of his city’s most gruesome cases, from the violent homicide of a suburban housewife to the devastating molestation of dozens of children by priests at a local Catholic church. He experienced the chaos during the LA riots and negotiated with a killer on live radio. Still, nothing could prepare him for the suffering he’d encounter in his personal life, including the death of a child and his own battle with stage three colon cancer.

Like so many other law enforcement officers and veterans, McGrew began down a path of destruction filled with the empty pleasures the world had to offer. Just before reaching his breaking point McGrew found the hope he so desperately needed in an unlikely place: the Gospel.

“A Higher Call to Duty” details McGrew’s journey to redemption through Jesus Christ and how that relationship transformed him and propelled him into a very different fight between good and evil. For anyone suffering from the loss of a loved one, struggling with addiction or disease or simply feeling lost in a world full of darkness and despair, McGrew’s story may offer a solution — hope for the hopeless, grace for the unforgivable and ultimately salvation.

In this book, “A Higher Call to Duty,” McGrew stands face to face with evil and deals with unthinkable human carnage perpetrated by, or on, fellow human beings and the boomerang effect on those First Responders having to deal with this chaos.

According to a Media Release, “McGrew’s personal life spirals downwards — but here’s the thing, he discovers for himself and others, hope out of hopelessness, grace for the unforgivable, freedom for those in bondage, comfort for the brokenhearted, and a peace that surpasses all understanding.”

Predictably McGrew’s personal life began to spiral downwards as he took on the burdens of the trauma experienced by himself and those victims he vowed to protect; his failed marriages, struggle with alcohol, death and addiction of his son(s) and — to top it off — a deadly prognosis of advanced colon cancer for himself.

McGrew’s website says: “But here’s the thing, Mike discovers for himself and others, hope out of hopelessness, grace for the unforgivable, freedom for those in bondage, comfort for the brokenhearted, and a peace that surpasses all understanding.”

McGrew’s testimony of the power of God in his life will inspire anyone seeking a deeper level of strength, meaning, hope and love in their life. 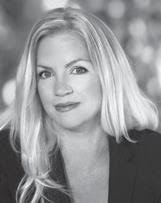 “I grew up believing in Jesus, but over the years lost sight of God’s sovereignty in my life. I left the church and became skeptical of people who called themselves Christians,” she said.

Hearing Mike talk about his relationship with God, inspired Bush to rethink how she approached her own faith. “I began actively seeking God, and He answered in a big way. Through Mike’s testimony, God revealed His grace, love and power in a real and relatable way. Hearing this testimony has been impactful in many ways during my spiritual walk.”

Bush is a seasoned journalist who has covered numerous major events in the Southern California region as both a television news reporter and newspaper journalist. Her proven reputation as a bold and accurate journalist drew the attention of Sergeant Mike McGrew while she reported many of the major crimes he responded to and investigated during his career.

The editor of the local newspaper asked Sara to write a story about Sgt. McGrew, following his cancer diagnosis.

As Sara interviewed Sgt. McGrew for the article, he shared with her his testimony of faith. The story made the front page of the paper. Sgt. McGrew felt the article captured accurately what God had done in his life and admired the boldness of the author, speaking the name of Jesus in the front-page article.

It was because of Sara Bush’s skills as a writer and her personal integrity that Sgt. McGrew felt led to recruit Sara Bush to help him write his memoir.

While Bush had always planned on becoming an author, the path leading to this project could only be described as ‘divine intervention.’ Writing this book changed the course of Sara’s life.

As Sgt. McGrew puts it, “The story behind this book is a story in itself.”

In addition to being an author and journalist, Bush is a wife and mother of two beautiful children.